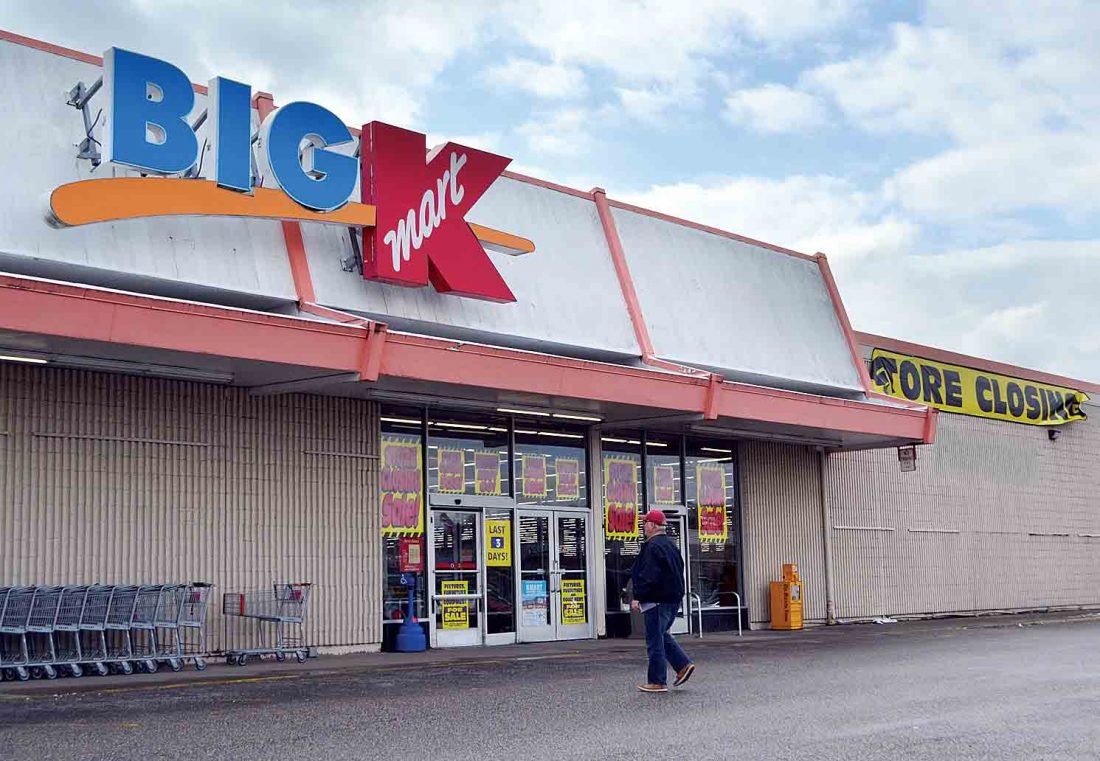 Marietta Kmart shoppers only had this weekend left to grab bargains before the store closed on Sunday. It was announced in November that the store would be closing. (Photo by Michele Newbanks)

MARIETTA — The Marietta Kmart closed on Sunday and the building at 502 Pike St. has already been purchased.

On Dec. 26, AMERCO Real Estate Company, which is based in Phoenix, Ariz., purchased the property for $3.2 million. AMERCO handles acquisitions for U-Haul International.

Since the store’s closing was announced in November, sales have brought in shoppers for one last bargain.

Jo Davis, who lives near Caldwell, said she came for the bargains on Friday.

“Usually the last days are when the prices are really dropped,” she said.

Many shelves were already empty, with food and paper goods down to a minimum. Shoppers wandered the aisles Friday looking for deals on clothing, jewelry, toys and bigger ticket items.

When Sears Holdings, which owns the Kmart brand, announced the store closing, it was also when U-Haul decided to try to purchase the building.

Representatives from U-Haul had approached Marietta’s planning commission about purchasing and occupying the location as storage facilities. A zoning exemption was needed before the property could be purchased. The planning commission unanimously rejected the request, stating it would be spot zoning and present zoning ordinances would have to be set aside.

“At this point, I don’t have a comment,” said Andrea Batchelor, media and public relations specialist with U-Haul International. “We will not be selling the building and I will keep (Marietta residents) posted as more details are available.”

Tina Lones, Marietta’s engineering office manager, said she is unaware of any plans for the building.

“They haven’t come through (our office) for anything else,” she said Friday. “The last I heard about it was when they went to the planning commission and were denied.”

Until U-Haul announces their plans for the facility, the building will be empty starting this week.

Marietta resident Sherry Adams, 82, is a long-time fan of Kmart.

“I’m really going to miss it. My grandson loved to come here and he’s 12 years old,” she explained. “When we visited, I told him it would be his last time in the store.”

She said she hated to see it close.

“They’ve had some tremendous bargains. They really have,” she said.

Representatives from the Marietta Kmart declined to comment. A representative for AMERCO referred questions to U-Haul International.