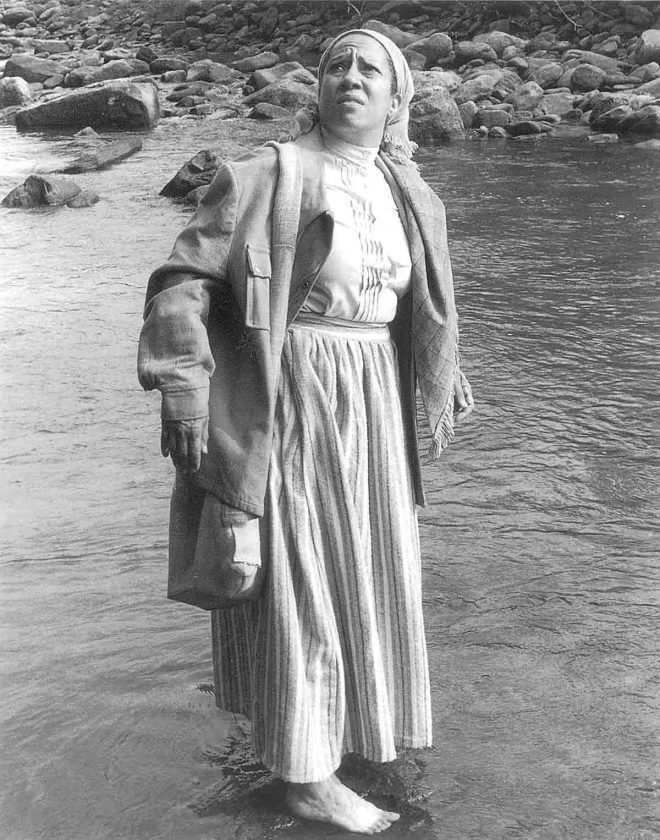 A presentation about Harriet Tubman, a leader of the Underground Railroad, will be held 6 p.m. March 5 at the Vienna Public Library. The program, which commemorates Women’s History Month, is through the West Virginia Humanities Council History Alive! program. Tubman will be portrayed by Ilene Evans. (Photo Provided)

Tubman was born into slavery in Maryland, but escaped through the Underground Railroad in 1849. She became the most famous leader of that network, aiding slaves in their escape to Free states as well as Canada.

For more than 11 years, Tubman repeatedly returned to the eastern shore of Maryland, rescuing 70 slaves in 13 expeditions, earning her the nickname “Moses.”

When the Civil War erupted, her underground experiences and knowledge of covert operations made her an invaluable resource to federal officers. She was a spy, nurse, scout and guide for Union troops and was the first woman to lead an armed expedition in the war, an expedition which liberated more than 700 slaves at Combahee Ferry in South Carolina.

Tubman is among character presentations offered through the West Virginia Humanities Council’s History Alive! program as a means of exploring history by interaction with noteworthy historical figures.

Historical characterization is the vehicle for this program. Humanities scholars have researched the writings, speeches and biographies of the characters they portray and whenever possible, use their original words.

Evans resides in West Virginia and is co-founder of Voices from the Earth, a non-profit arts organization. She has served as the president of the West Virginia Storytelling Guild, has been the featured vocalist and storyteller for “Peter and the Wolf” with the Wheeling Symphony Orchestra and her work, “Climbing up the Beanstalk,” was adapted for stage by director Thomas Reese and performed at the Cincinnati State Community College.