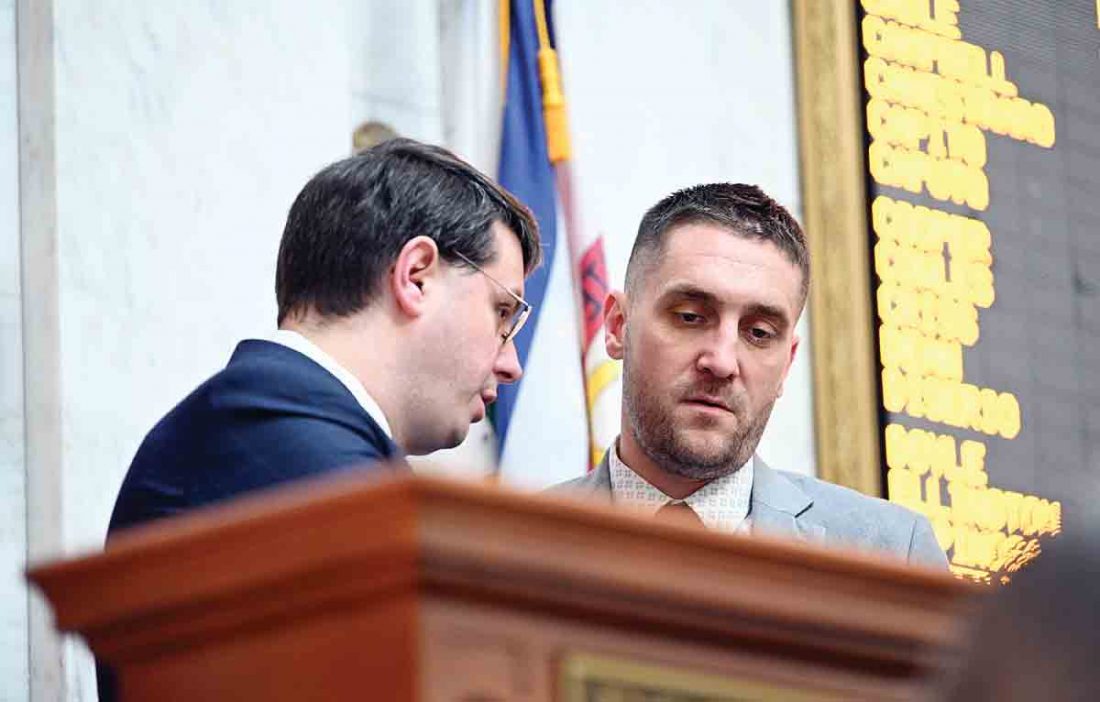 CHARLESTON — A bill that remained trapped in the House Judiciary Committee last year until a discharge motion brought it to the floor finally made it to the committee’s agenda Monday.

HB 2732 would prohibit members of the West Virginia National Guard from participating in active combat duty unless an act of war has been passed by Congress or if Congress has specifically called for use of the National Guard within its constitutional powers.

The bill’s lead sponsor for the last five years — Delegate Pat McGeehan, R-Hancock — was disappointed, but not dissuaded from trying again next year.

“Many of my colleagues expressed fear, because taking to task the top-levels of the national security apparatus is not easy, but it must be done,” McGeehan said. “One thing I’ve learned through this experience over the last several years, is who your real friends are and who they are not. Regardless, I will never give up. Our men and women in uniform deserve better — and the fate of Western civilization ultimately rests on our success.”

Members of the committee raised concerns about the Defend the Guard Act’s constitutional questions. The U.S. Constitution Article 1 Section 8 deals with the powers of Congress, including the “organizing, arming, and disciplining” of militias. Congress is empowered to call out the militia to “execute the laws of the Union, suppress Insurrections and repel invasions.”

“I can’t get past to ‘execute the laws of the union,'” said Delegate Barbara Fleischauer, D-Monongalia. “It seems to me that’s fundamental, that part of what the militia — the guard — is supposed to do is to follow the laws and implement them.”

While the power to declare war is placed in the hands of Congress by the U.S. Constitution, a section of U.S. Code states that governors can’t object to where a president sends the National Guard or the kinds of missions the guard performs while on active duty.

“We have laws in place…that allows the president to call up the guard reserve to be used,” said Delegate Tom Bibby, R-Berkeley. “We’ve got a force now that’s state-oriented, but then it also has a federal role as well. We can’t ignore that. We can’t ignore federal law.”

“I believe it’s a debate that needs to be had,” Pushkin said. “It’s something that should come back into the forefront of our conscious that we are…sending kids over there to fight and die in foreign conflicts.”

Lawmakers also raised concerns about losing federal funding for National Guard training, the closing of the state’s airlift wings in Charleston and Martinsburg. According to the 2018 report, the West Virginia National Guard had a total direct economic impact of $361 million and indirect impact of $547.5 million, receiving $25 in federal dollars for every $1 of state funding.

An attempt to discharge the bill Feb. 4 from the House Veterans Affairs and Homeland Security Committee failed on a 50-50 vote. That committee approved the bill Feb. 11 in a 15-7 vote. A motion was made Feb. 12 to skip the House Judiciary Committee and directly go to the House floor. That motion required a two-thirds vote, or 67 members. The motion failed 37-61.