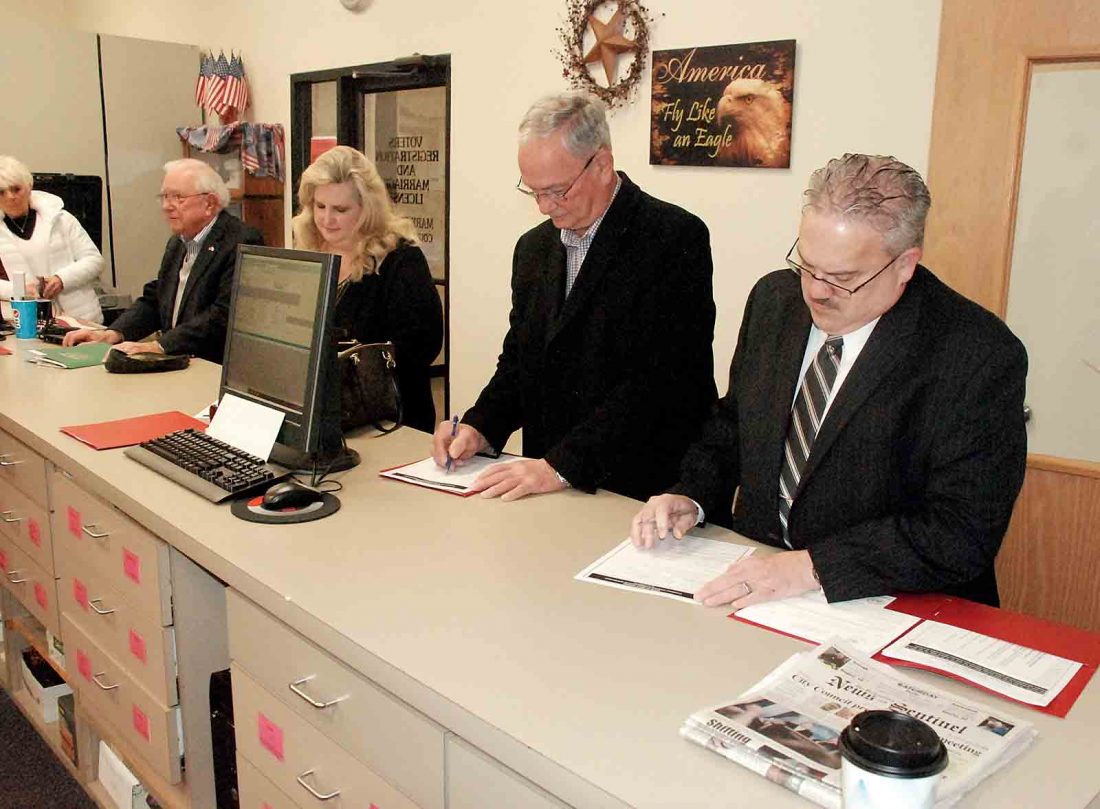 The filing period ends midnight Jan. 25. Certificates of Announcement postmarked by midnight and deposited in the U.S. Mail will be accepted.

Primary election day is May 12. The general election is Nov. 3.

Sherry Dugan, Democrat, mayor. Dugan is a business owner and former City Council member who serves on the Municipal Planning Commission and ran for mayor in 2016.

Roger Brown, Republican, of Parkersburg for the Wood County Commission.

Joe Kuhl for Wood County Magistrate. Kuhl is an incumbent magistrate for one of the four open positions.

Robin Waters for Wood County Magistrate. Waters is an incumbent magistrate for one of the four open positions.

Jody Purkey for Wood County Magistrate. Purkey is an incumbent magistrate for one of the four open positions.

Brenda Marshall for Wood County Magistrate. Marshall is an incumbent magistrate for one of the four open positions.

The Wood County Clerk’s Office will be open Saturdays this month from 9 a.m. to noon for people to file for office.

Chuck Little, Davisville, Republican, House of Delegates, District 9. Little was appointed to the House when Ray Hollen resigned in May.

Vernon Criss, Vienna, Republican, House of Delegates, District 10. Criss is a businessman and incumbent candidate for the House.

Matthew Dodrill, Parkersburg, House of Delegates, District 10. Dodrill came in fourth place for three positions in the 2018 primary election for the Republican nomination for the House.