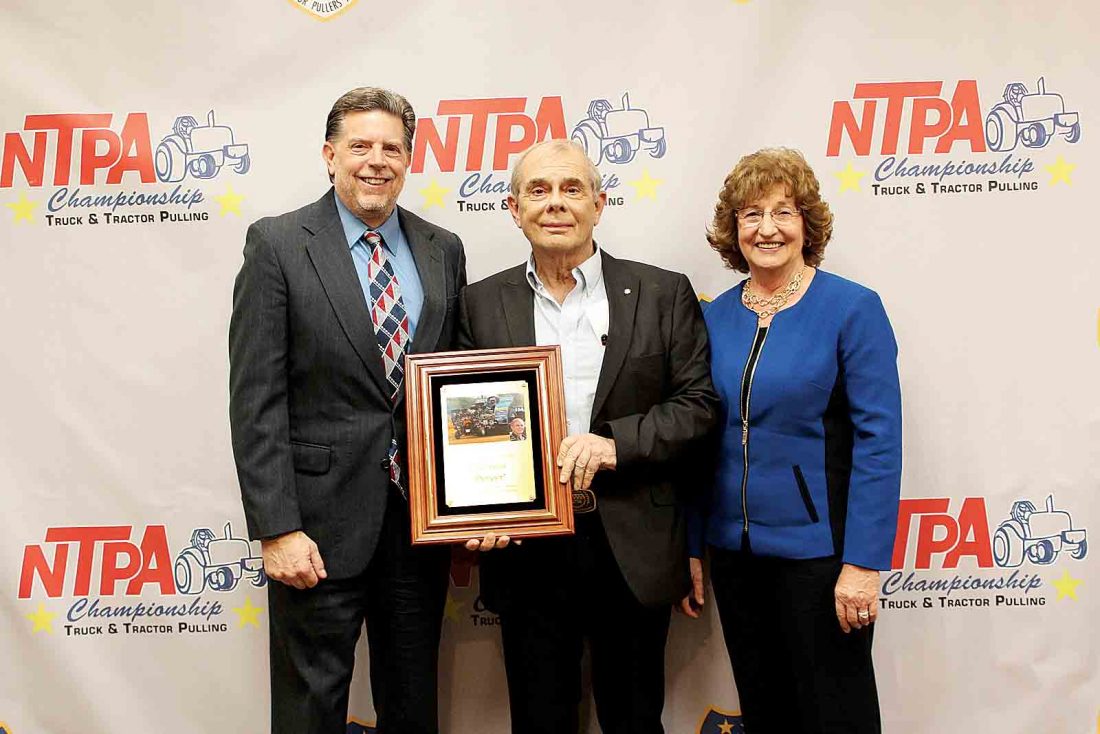 From left, Jim Sube of the National Tractor Pullers Association presents the induction certificate to Dave Archer upon his induction into the National Tractor Pullers Hall of Fame. Archer, who has been involved in the sport for more than 40 years, underwent a double-lung transplant, but plans to return to the competition. At far right is his wife, Arlene. (Photo Provided)

MARIETTA — A Washington County man involved in competitive tractor pulling for more than four decades has been inducted into the National Tractor Pullers Hall of Fame.

“I couldn’t believe it,” said Dave Archer, who cited everyone else he said were more deserving of induction into the sport’s national hall of fame.

Archer, the owner of Pioneer Pipe in Marietta, has been involved in the sport since 1976 when he began pulling field stock tractors with an Allis Chalmers D-19 tractor. By 1988, he had a built a single-engine modified with an Allison Engine.

In 1989, Archer built a three-engine super-charged modified tractor powered by Chevy engines to pull in the National Tractor Pullers Association circuit. He and the Pioneer Crew won numerous state championships and events in the 5,800- and 7,200-pound classes from 1990-1994 throughout Ohio and neighboring states.

In 1995, Archer added a fourth engine to his multi-powered Pioneer and moved up to the NTPA Grand National Modified level competing against the top pullers in the United States and Canada.

In his first year on the grand national circuit level, Archer was the first puller in the history of the association to win the Grand National Modified Points Championship, Puller of the Year and Rookie of the Year in the same season.

The next year, 1997, Archer and the Pioneer crew were selected by the association to be its pulling representative at the European Super Pull in Rotterdam, Holland.

Archer continued to pull on the Grand National Modified circuit with the Pioneer and also built a four-engine turbo-charged modified, the Trailblazer, and continued to drive both vehicles. He won many events and always finished in the top five in the nation.

His greatest love was building engines and making changes to improve horsepower. He took a few years off from driving and built two two-wheel drive trucks with super charged Chevy engines that his wife, Arlene, drove called the Pioneer and Wildfire.

By 2009, Archer was wanting to get back into the multi-powered engines. It came as an opportune time as his daughter, Kathy, had just returned from the University of Louisiana at Lafayette and he asked her to drive the Black Widow, a 15,000 horsepower five-engine unlimited modified.

In 2012, after Kathy and her husband, Justin Schalitz, left the sport, Archer returned to driving and drove the Pioneer from 2012 through most of the 2015 season when his health was declining from idiopathic pulmonary fibrosis.

At the Cleveland Clinic, Archer received a double lung transplant in 2016, but the recovery has gone well and he is getting back into the sport full-throttle.

The original Allis Chalmers D-19 he started with in 1976 was pulled out of mothballs and modified for his daughter, Kathy, who drove the machine to a land-speed record of 108 mph. Kathy, 39, retired from competition after winning a national championship in 2011.

Archer intends to refit the tractor and try to break that record in April.

Building the tractors is therapy in his recovery, he said. He works about seven hours a day, goes home and builds his tractor and intends to get back into racing in the spring of 2021.

Archer and friends are currently building that tractor.

Archer attributes the success of his team to his family, wife Arlene, their three children and friends and workers at Pioneer Pipe who helped with building the tractors.

“There’s a lot of people involved,” he said. “You can’t do it by yourself.”

CHARLESTON — The West Virginia House of Delegates concurred Monday with a Senate bill aimed at Harpers Ferry and ...

GLENVILLE — Three finalists for president of Glenville State College were announced Monday by the school. They ...

MARIETTA — After months of public consultation and internal discussions, the Marietta City Schools board of ... 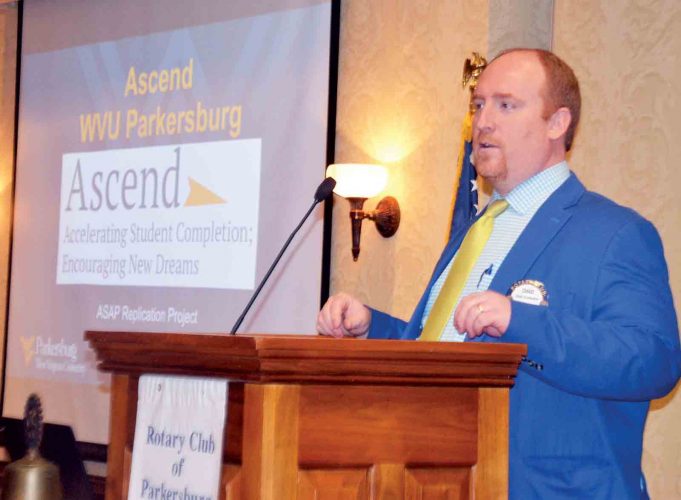