Op-ed: The shame of LGBTQ Pride

One of my recent Facebook posts was a quote from the late Presbyterian preacher D. James Kennedy: “Tolerance is the last virtue of a depraved society. When you have an immoral society that has blatantly, proudly, violated all of the commandments of God, there is one last virtue they insist upon: tolerance for their immorality.”

Tolerance, in the face of the violation of the commandments of God, is no virtue at all.

The Parkersburg News and Sentinel embraced such tolerance in its Sunday edition with a front-page story of the LGBTQ event [last] Saturday at the Parkersburg City Park. Sexual deviancy is going mainstream.

There was a time in America–not too long ago–that the Bible was that fountainhead; that teacher of first principles; that arbiter of right and wrong. That is quickly fading.

So, who defines marriage? Who defines sexuality? There was a day in our country when God defined both; when Americans believed monolithically that transcendent absolute truth came from the Bible. In fact, we were, in those days, without the chaos that we have in our culture today. But no more. Truth is believed to be relative now and man-made and defined by the individual. Thus, if we say gay marriage is OK, then, by golly it is OK, and you can shut up about it. If we say sexuality is defined by the emotions and whims of the individual, then by golly it is OK. I have my truth, and you have your truth, and the only transgressor is the one who defies the re-defining of morality–that is, the intolerant ones.

God defines sexuality in His Word, and it is quite, well, intolerant: “male and female created he them,” Genesis says concerning Adam and Eve. God condemns homosexuality in His Word, and it is equally intolerant: “And likewise also the men, leaving the natural use of the woman, burned in their lust one toward another . . .” (Rom 1:27). Can sin be made virtue because mankind decides it to be?

A quote attributed to Martin Luther ends like this: “…Where the battle rages, the loyalty of the soldier is proved: and to be steady on all the battlefield besides is mere flight and disgrace to him if he flinches at that one point.”

The false philosophies that brought the folks to the LGBQT event is where the present-day battle rages. And the battle is hot.

Nancy Pearcy, author of the excellent book “Love Thy Body,” makes the argument that our sexuality is informed by our biology, not by the subjective and mutable emotions and whims of our personal desires. Pearcy asks, “Why is it considered acceptable to carve up a person’s body to match their inner sense of self but bigoted to help them change their sense of self to match their body? Feelings can change. But the body is an observable fact that does not change. It makes sense to treat it as a reliable marker of sexual identity.”

The left would have us believe we are “born that way;” that sexuality is immutable. This simply isn’t the case. The LGBQT movement is not about happiness and tolerance, but about indoctrination and a forced acceptance of a perverted and non-biblical view of sexuality.

The solution to the madness of the LGBQT movement is not political correctness and tolerance; the answer is the Cross of Jesus Christ where we all can find forgiveness and salvation.

That should be the message celebrated with pride at the City Park.

State Sen. Mike Azinger, R-Wood, is a manager of the general contracting firm Azinger Group LLC in Vienna, and holds a master’s degree in pastoral theology. 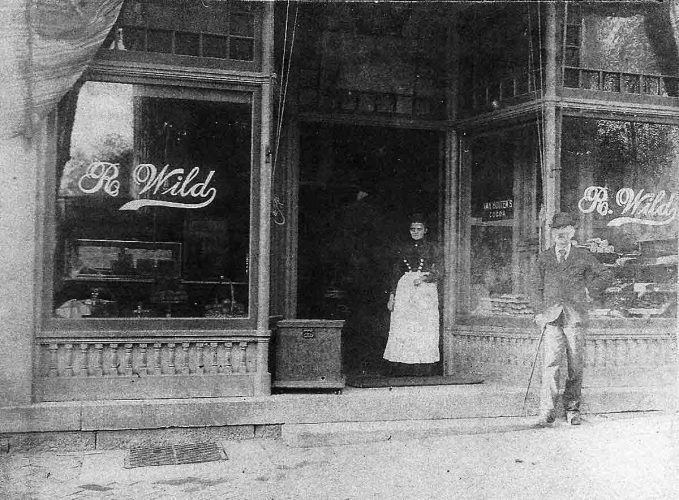 Look Back: On the historical record

As many local parents find themselves in the unusual position of having to guide their children through at-home ...

CHARLESTON — In this time of increased anxiety, worry, and in some cases panic over the coronavirus, Gov. Jim ...

Journalists have you covered

Anyone else in a bit of a “what the heck is happening?” fog? A person could go nuts trying to read every last ...

A story for dog lovers to read

A social media influencer finds a new leash on life with an abandoned puppy in “Who Rescued Who” by Victoria ...

Do something positive now

This week was a struggle. In life, I have experienced losses, failures and challenges. This feeling was different. ...