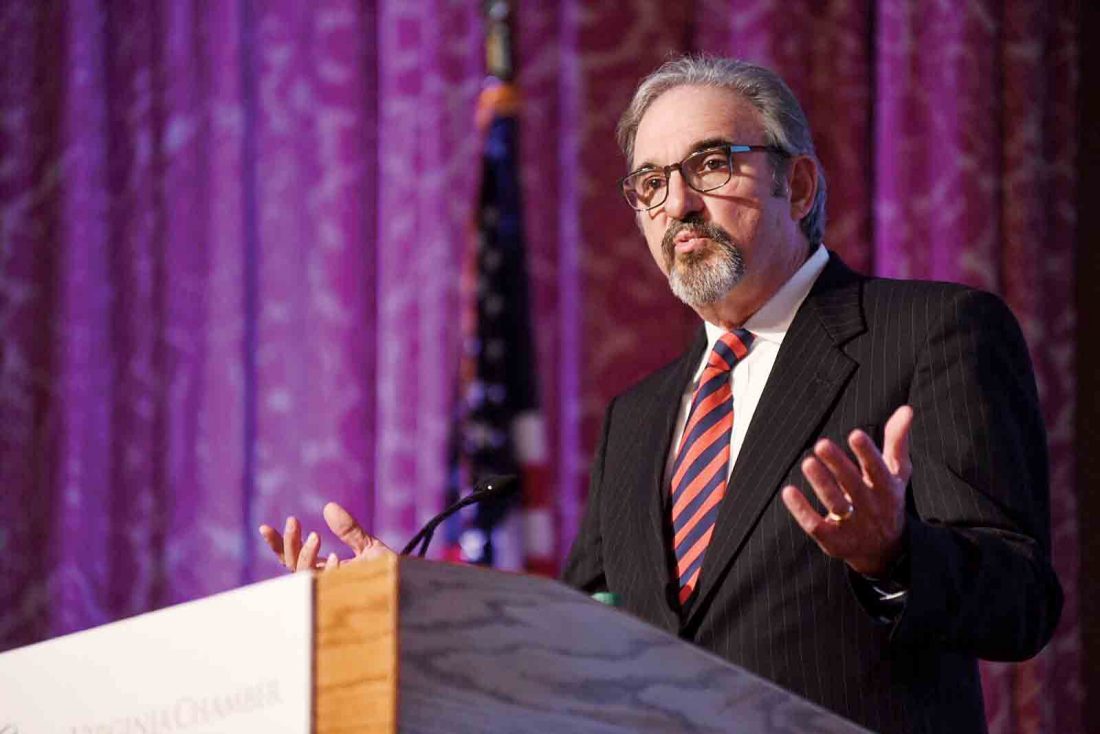 The poll took place Aug. 14-22 with phone interviews with 501 registered voters in all 55 counties. The poll has a confidence interval of plus/minus 4.4 percent.

“What you see if you look at Gov. Justice’s numbers, certainly in the Republican Party he is strong,” Repass said. “My point is this is not a likely voter sample, but if you look at the internals, you can see that the race could very well tighten up.”

While that is potentially good numbers for Justice, Repass said his polling time asked respondents a hypothetical question: if the general election were today, would you vote for Justice, or for former governor and current U.S. Sen. Joe Manchin. Manchin has hinted several times over the last six months that he might seek the Democratic Party nomination for governor, a decision that could be made next week.

According to the West Virginia Poll, if Manchin was on the ballot for governor, he would beat Justice 49 percent to 39 percent with 12 percent undecided.

“No one knows what’s going to happen with the governor’s race, but if Sen. Manchin were to run for governor and Jim Justice is the Republican nominee and…the election was held today, what would that look like,” asked Repass. About a 10 percentage-point lead for Sen. Manchin…No one really knows what’s going to happen, but we wanted to explore this.”

Justice’s job approval numbers mirror similar numbers from last year’s West Virginia Poll. According to the results, 42 percent approve of Justice’s job as governor, 40 percent disapprove, and 17 percent are not sure. Manchin’s job approval as a U.S. senator improved from 43 percent in 2018 to 49 percent.

The West Virginia Poll comes a day after the Justice campaign released internal polling showing support for the governor going into his reelection and his first primary election as a Republican. Justice won election in 2016 as a Democrat and switched parties at the urging of President Donald Trump in August 2017.

The internal poll by Public Opinion Strategies reached out to 500 likely Republican voters Aug. 24-25. The poll has a margin of error of plus or minus 4.4 percent.

“Despite the noise voters are hearing from media sources in the state, Gov. Justice is maintaining a high approval among GOP voters in the state and has a significant lead over his potential GOP primary challenger,” said Neil Newhouse, the co-founder of Public Opinion Strategies, which also does polling for U.S. Sen. Shelley Moore Capito, R-W.Va.

Ann Ali, communications director for the Thrasher campaign, said that their data shows that as Thrasher continues to put up print and broadcast advertising and as the candidate continues to travel around the state, more people are learning about the candidate and liking what they hear.

“Our polling numbers, our early fundraising totals and conversations every day continue to tell us conservative voters all over the state appreciate what they are learning about Woody Thrasher, and they are hungry for a full-time, dedicated governor they can trust to lead our state,” Ali said. “We are early in the election cycle, and there is a long way to go until May 2020 primary. More importantly, we understand that the only poll that counts is election day.”