Pleasants Power’s plan to participate in electricity auction on hold 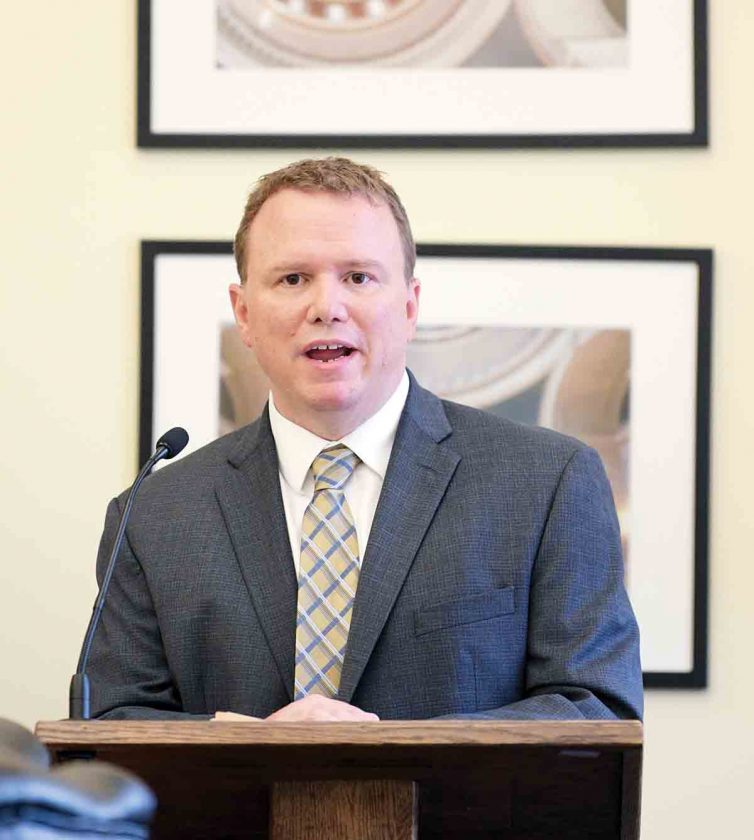 CHARLESTON — An electrical auction that Pleasants Power Station had planned to participate in next month has been postponed indefinitely, according to a decision by a federal energy watchdog.

The Federal Energy Regulatory Commission issued a ruling Thursday, July 25, halting a scheduled capacity auction in August by PJM Interconnection, a wholesale energy transmission company serving 13 states and Washington, D.C. This is the second time the auction has been postponed, which usually occurs in May.

According to Thursday’s decision, FERC told PJM to put the auction on hold until a new set of tariffs could be developed. In an order last June, FERC commissioners ruled that PJM’s current tariffs were “unjust, unreasonable, and unduly discriminatory or preferential.”

Officials with FirstEnergy Solutions, the owners of Pleasants Power Station near St. Marys, told lawmakers last week that they intended to participate in the PJM capacity auction. According to PJM’s website, the capacity auction — called the Reliability Pricing Model — allows power companies to bid to supply PJM’s 65 million customers with electricity three years into the future based on predicted demand.

The West Virginia Legislature passed House Bill 207 July 23, giving FES a $12.5 million business and occupation tax break to keep Pleasants Power open past its May 2022 deactivation date. Gov. Jim Justice, who has a company being sued by FES for $3.1 million, added the bill to the special session call July 19.

During a meeting of the House Finance Committee July 22, FES CEO John Judge said the Pleasants Power tax break would make the company more appealing to PJM during next month’s capacity auction.

“The next one of these capacity auctions takes place in August,” Judge said. “We’d like to offer (Pleasants Power Station) into it. If it cleared that auction, then we would be committing to having that plant open for the second half of 2022 and the first half of 2023. If we can get this bill passed and make other changes, we’d be in a position cost structure-wise to not only offer into this next capacity auction but continue to do so as each capacity audition comes up year by year after that.”

“We recognize the importance of sending price signals sufficiently in advance of delivery to allow for resource investment decisions,” the commissioners wrote in their order. “However, we believe that in the circumstances presented here, on balance, delaying the auction until the Commission establishes a replacement rate will provide greater certainty to the market than conducting the auction under the existing rules.”

While all four commissioners were on board with postponing the auction, outgoing Democrat FERC Commissioner Cheryl LaFleur remained critical of last year’s order regarding PJM’s tariffs. At concern is how states provide incentives and subsidies for renewable energy and how PJM deals with those states.

“I think that PJM would be well-served by engaging with the states that regulate its member companies to ascertain their long-term commitment to the mandatory capacity market for resource adequacy, as opposed to state selection of preferred resources to meet state initiatives,” LaFleur wrote in a concurring opinion. “As I said in my earlier dissent, I believe that an ill-considered replacement market design that imposes choices on the states without adequately accounting for their input could ultimately lead to the unplanned demise of the capacity market.”

Besides FES’s $12.5 million business and occupation tax break for Pleasants Power, FES will also receive a $150 million bailout for its nuclear plants in Ohio through House Bill 6. The money is coming from a new surcharge starting in 2021 and ending 2027. The bill was signed last week by Gov. Mike Dewine.

Justice is scheduled to sign HB 207 at 1 p.m. today at the power station.

A request for additional comment from FES was not returned.