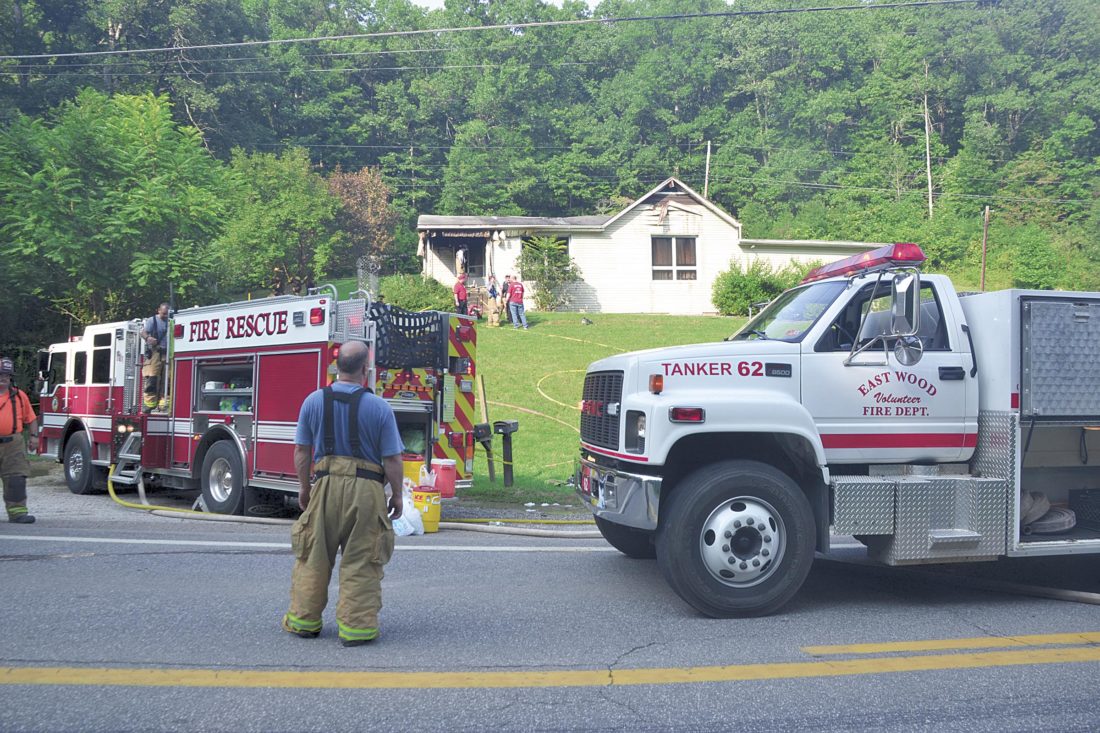 Photo by Brett Dunlap Fire crews responded to a structure fire involving a fatality Sunday afternoon at a home on West Virginia 47 east of Parkersburg.

PARKERSBURG — One person was killed Sunday afternoon in a fire along West Virginia 47 near Davisville.

The individual who died at the home was 81 years old and the name was not being released Sunday until additional family members could be contacted, Paul Jordan, with the Wood County Fire Investigation Team, said Sunday evening.

Jordan said the investigation at the scene had been completed. The cause of the fire was “undetermined, but accidental in nature,” he said.

Ron Utt, Chief of the East Wood VFD, said there were around 30 firefighters on the scene Sunday afternoon. The first crews on the scene reported heavy smoke and flames and the house was around 25 percent involved, he said.

Initially, crews were not sure anyone was home, but they always treat it as if someone is there, Utt said. There was a car parked at the residence that caused crews to believe someone might be inside.

“They worked hard to extinguish the blaze,” Jordan said.

Fire officials did not have the exact times it took to get the fire under control and out as of Sunday evening. From getting the call, to responding and putting out the fire, crews were able to enter the home quickly and locate the individual, Jordan said.

Due to the home’s proximity to W.Va. 47, one lane of the roadway was closed to traffic from about 3:15-5:15 p.m. while firefighters and trucks were fighting the fire, with emergency personnel directing alternate streams of traffic through the bottleneck.

The State Fire Marshal’s Office could release the name of the individual as early as today, Jordan said.