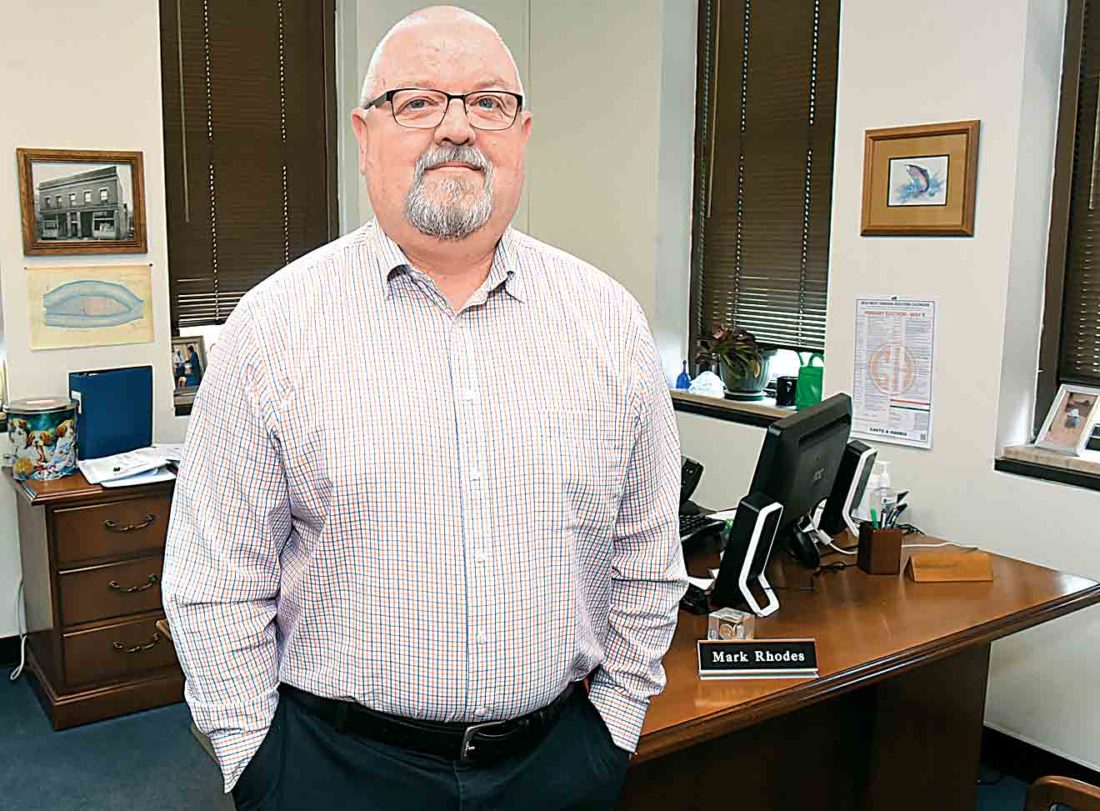 Photo by Jeff Baughan Wood County Clerk Mark Rhodes was the West Virginia representative to the Voter Fraud Commission, which President Donald Trump eliminated Wednesday by executive order. Rhodes was one of the few Democrats on the commission.

Trump formed the commission to investigate the 2016 presidential election, in which he has continuously alleged three million to five million people illegally voted. Rhodes became part of the commission, which Trump created by executive order May 11, upon the recommendation of West Virginia Secretary of State Mac Warner.

The chairman of the commission was Vice President Mike Pence. Kansas Secretary of State Kris Kobach was vice chairman.

“There was more than just voter fraud on people’s minds,” Rhodes said. “Cyber security was the big thing on everyone’s mind. More communication was wanted between state and federal government on cyber security.”

He added, “For example, if Homeland Security isolated if someone was trying to hack into West Virginia’s data files, they couldn’t tell West Virginia to close backdoors or loopholes because it was classified information. The National Secretary of States Association is working on this with Homeland.”

Rhodes said there were two bills in Congress which dealt with cyber security and election security. Both would address the problems.

One of the bills would require, in an election with a federal candidate on the ballot, a paper backup which could be audited, he said. Wood County already does that, Rhodes said.

“If these two bills pass, which we talked about,” Rhodes said, “then I think the commission did what it was supposed to do.”

Kobach said to the Associated Press in a Wednesday story, “The Democrats, both on and off the commission, made very clear that they were not interested in determining the scope and extent of voter fraud and, indeed, they were trying to stop the commission in its tracks. The Democrats lost their opportunity, lost their seat at the table, by stonewalling.”

Rhodes said he told Kobach that widespread fraud would have to be proven.

“Then I told him if it was, then I wasn’t doing my job in Wood County. So far I haven’t seen anything to prove to me that it is,” Rhodes said. “In a 17-state data match, West Virginia had two people proven to have voted illegally.”

In the Associated Press story, the White House said the decision to put an end to the commission was due to more than a dozen states’ refusal to fulfill the commission’s demand for personal voter data. This included names, partial Social Security numbers, voting histories and party affiliations.

Rhodes said West Virginia is not one of the 12.

Kobach said Democrats wanted no investigation. “Their motto is, ‘Nothing to see here,'” he said.

Asked to respond, Rhodes chuckled, shook his head and said “No comment.”

The decision by the president was hailed by the League of Women Voters, according to league President Chris Carson.

“Today voters win. We are pleased that the Trump Administration has at last dissolved their discredited ‘election integrity’ commission,” Carson said. “As has been said time and time again, the purpose of this effort was to justify President Trump’s false claims of widespread voter fraud in the 2016 elections. This travesty of a commission was nothing more than a tactic of voter suppression and an unnecessary distraction from legitimate threats to our democracy.”