Former South coach and teacher takes over as athletic director 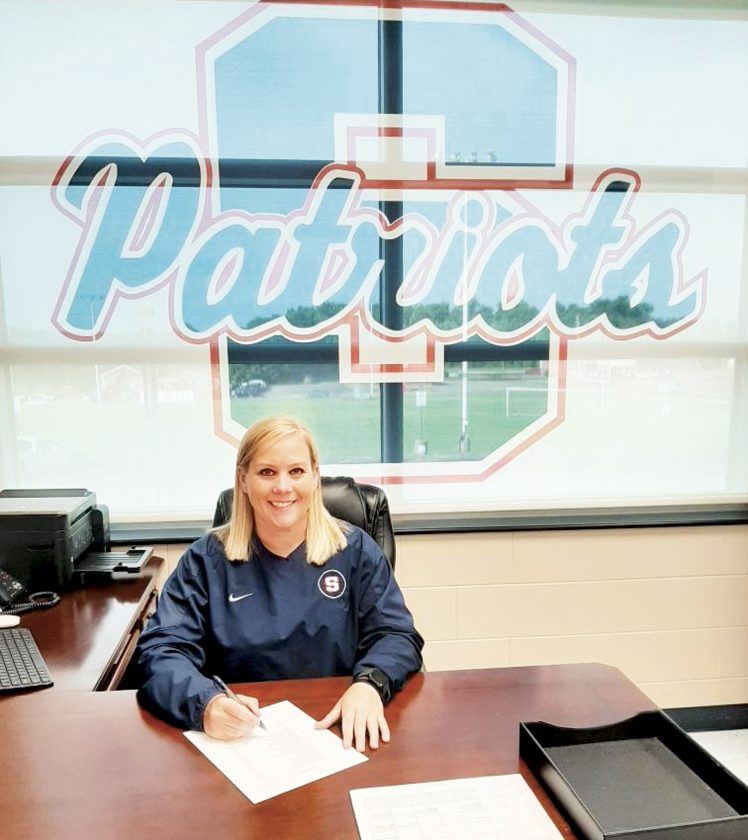 Following a one-year absence from Parkersburg South, Jenny Null made her way back into the Patriot faculty after she was hired as Roger Thompson’s replacement as athletic director. Photo provided

PARKERSBURG — The last memory new Parkersburg South athletic director Jenny Null had as a member of the Patriots’ faculty came shortly after she’d boxed up her classroom for the final time following the 2018 school year. Principal Betsy Patterson stopped by and wished Null good luck in the 2019 school year, when Null would start as assistant principal at Neale Elementary and the Caperton Center.

It was a bittersweet moment.

These new beginnings signaled the first time in 12-and-a-half years Null wouldn’t travel to the southside high school during her daily employment routine.

Yet, this goodbye and absence weren’t meant to be indefinite.

The draw to return to the Patriot family proved too strong after South announced athletic director Roger Thompson’s resignation earlier this spring, and this set Null on a new path.

“I really enjoyed my time at both places. Mrs. Brunicardi did a fantastic job helping me at both schools and both places had good people. I gave it the best I could and gained a lot of experience, but any time a position at South opened up I was going to apply. It is kind of where my home is,” Null said.

Then, all she had to do was get the job.

Despite having just one year of administrative experience, shortly after the job was posted she threw her hat into the pool of the interested few. “You just never know,” said Null. Of course, she possessed other strengths and pluses Patterson and Thompson could see during the interview process.

Questioning her athletic background certainly would have proved a futile exercise. Not only were her playing days at South and college numerous and successful, but her time spent as the softball coach gave her further knowledge into the inside workings of athletes and teams.

“I am an athlete at heart and by nature and just couldn’t give it up easily,” said Null.

She won’t be giving it up anytime in the near future. South hired her as the first female athletic director in the history of the school just a few weeks ago.

“It is very humbling and still kind of surreal. I am lucky and blessed to do something I really enjoy doing and I will come out and do my best to serve others. The pride in South sports on southside has always been strong and I plan to do as much as I can to help move them forward and guide our ship onward,” Null said.

She has wasted little time working with Thompson on getting up to speed with him before her stint as the leader of the Class AAA sports department.

If Null following Thompson sounds familiar, it should. After he stepped down as softball coach, she assumed the same duties. Brother Matt and she led both of the Patriots ball and bat sports simultaneously for a time.

Now, she leads an athletic department she describes as “a force to be reckoned with and one of the most premier groups of programs in the state of West Virginia.”

There are no immediate plans to move the Patriots out of the Ohio Valley Athletic Conference, Null said.

Though there is no immediate need, eventually Null will find herself searching for a new coach.

“Roger really did hire some phenomenal coaches, but I will be ready to do the same,” Null said.

Her job now consists of working under the West Virginia Secondary School Activities’ COVID-19 re-introduction guidelines for all high school sports in the Mountain State.

“At this particular moment we just want to play and I say that respectfully of course. Whatever we need to do and whatever I can do to help us move forward into playing is what I will be doing,” she said.

“It is a really good time to be part of South athletics. We have an increasing amount of student athletes headed on to the college level and in multiple sports and that is really exciting for our school and our community.

“I am just patiently waiting to start all seasons right now and excited to see how things play out in the future.”