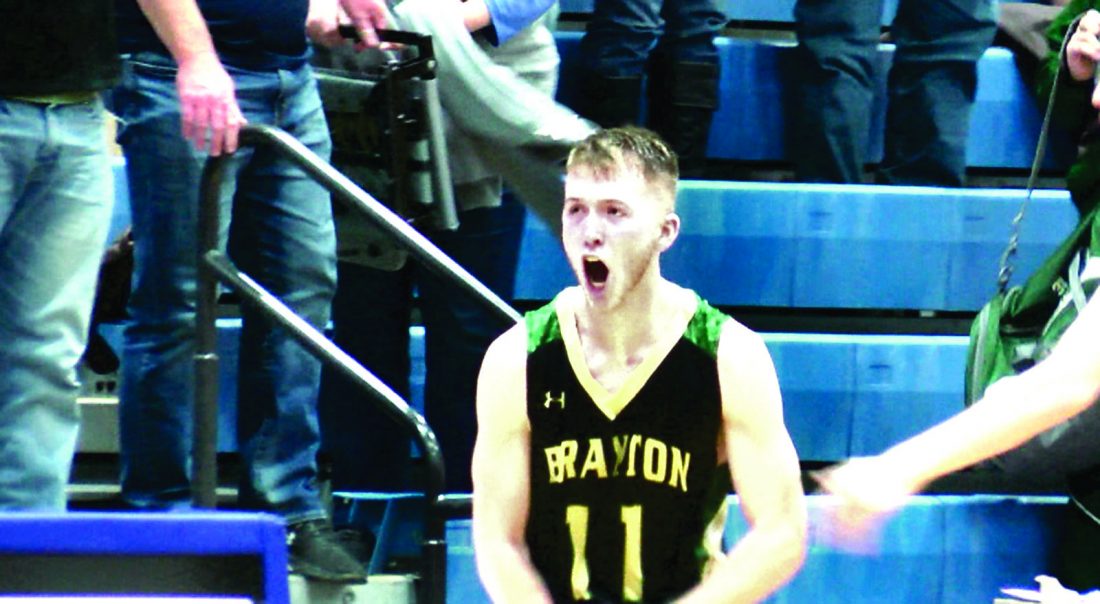 PARKERSBURG — For just the second time in school history, Braxton County landed the Little Kanawha Conference’s Player of the Year.

Senior Jadyn Stewart, who repeated on the first team along with William Steele of St. Marys, was honored by league coaches after averaging 21.7 points, 4.3 rebounds, 2.9 assists and 1.9 steals.

“Our only other one was Jacob Tolley in 1999,” said BCHS head coach Josh Lunceford. “He’s improved 100% from the time he started with us. When he first started he was more of just a sit on the 3-point line and shoot it kind of kid.

“From his sophomore and especially his junior and senior years he’s really become a good defender. He led us in every single statistical category. His game has just blossomed over the years.”

LKC champ Williamstown had the Coach of the Year in Scott Sauro, whose team was 24-1 and had the top seed in the Class A state tournament. The Yellowjackets landed a pair of first-teamers in juniors Sam Cremeans and Xavier Caruthers. Cremeans averaged 15 points, 3.6 rebounds, 2.2 assists and 1.4 steals. Caruthers, who made 64 triples and shot 42% from deep, averaged 12.7 points, 3.1 boards, 2.1 assists, 1.2 steals and shot 46% overall from the field along with making 93% of his free-throw attempts.

“For us it was kind of a magical season,” Sauro said. “If you can win the LKC that means you have a chance to compete against the best teams in the state. We think we have a really good small school conference here.

“The fact we were able to win the league and go undefeated and kind of doing it in a dominating fashion was a great feeling and something those kids can really hang their hat on with the way the season ended.”

Steele’s 78 made 3s led the Mid-Ohio Valley and he finished his last season for the Blue Devils with averages of 17.1 points and 4.1 assists.

St. Marys also landed Grant Barnhart on the first unit. The smooth-shooting sophomore knocked down 68 triples and shot 52% overall from the field. Along with hitting 89% of his foul shots, he averaged 20.5 points, 10.6 rebounds, 2.7 assists, 1.5 steals and 1.3 blocks.

Parkersburg Catholic, which knocked off Braxton County in the LKC consolation game, was represented by seniors Patrick Copen and Jeb Boice. Copen, who is off to pitch for Marshall University, averaged 20 points, 7.4 caroms, 1.6 steals and 1.4 assists a game while shooting 49%. Boice finished shooting 52% from the field and put up 13.8 points, 4.3 assists and 3.5 steals an outing.

Roane County junior Brayden Miller, who tallied a school record 51 points against Nicholas County, had quite the campaign for the Raiders. Aside from putting up 21.2 points and 6.8 rebounds a game, he led the MOV with 5.9 assists, had a near 2-to-1 assist-to-turnover ratio, averaged three steals and shot 55%.

Calhoun County senior Nick Moore paced the MOV with 118 blocks for an average of 5.1 a game. The Red Devil also finished with averages of 16.1 points, 12.5 boards, two steals, 1.6 assists and shot 79% at the free-throw line and 52% from the field.

A trio of squads had two second-team all-LKC selections. Ravenswood had Jaycob Creel and Devin Raines, Ritchie County had Graden McKinney and Ethan Haught while Webster County had William Lewis and Kadin Wright.