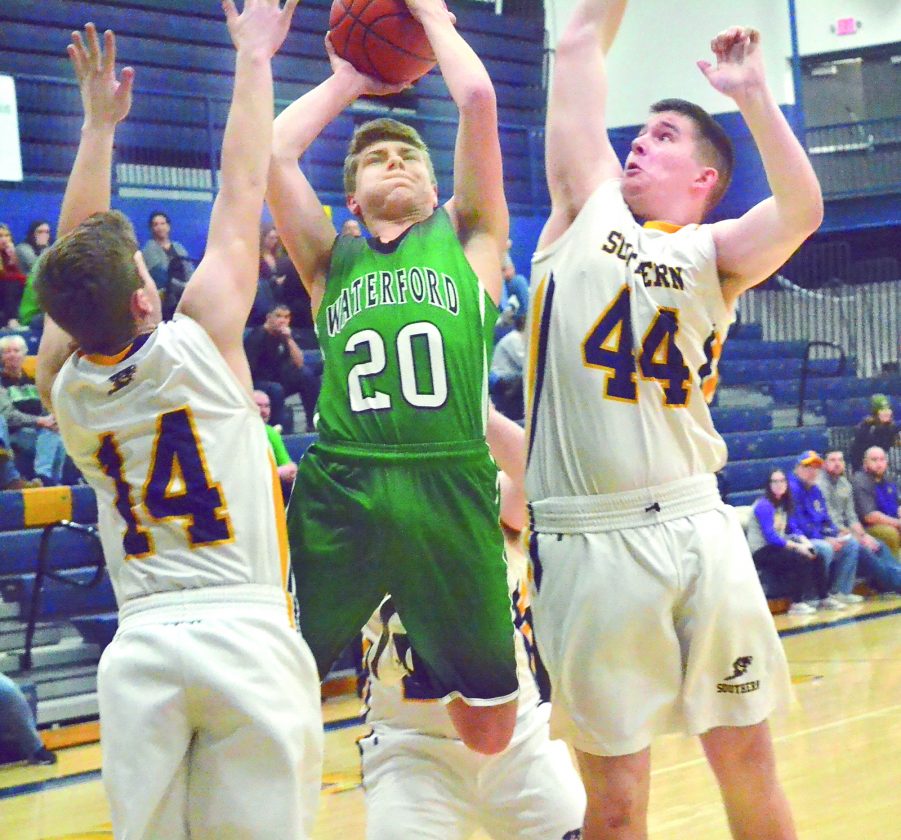 WELLSTON, Ohio — Waterford High closed out the game with a dramatic, come-from-behind run.

“They went down and they fought back,” said WHS head coach Tom Simms. “Southern got on a run (in the third), and we fought through it. I mean, this team has just grown up so much, and I told them that it’s tournament time. It’s time to make your run. I couldn’t be more proud of them.”

Waterford is now scheduled to play fourth-seeded Federal Hocking at 8 p.m. Wednesday Feb. 26 in a sectional final at Wellston. During regular-season play, the Wildcats were swept by the Lancers, 71-47 and 77-50.

“We’ve got our hands full with what’s coming,” Simms said. “We’ve seen Federal Hocking twice, and that Bradley Russell is an outstanding player. We’ve got to be ready to deal with him and his whole supporting cast.”

But WHS was also beaten by Southern during the regular season, 56-40.

So, needless to say, the Cats will be looking for some more payback next week.

The Jeff Caldwell-coached Tornadoes (11-11) were led by Trey McNickle’s game-high 15 points. Cole Steele chipped in with 10, and Aarow Drummer eight.

Sparked by McNickle’s two triples and Steele’s one, Southern staked itself to an 11-8 first-quarter advantage. Keeping Waterford close, Teters knocked down a 3 while Dailey and Smith each had a deuce.

During a tight second period, Dailey tallied six points and gave Waterford its first lead of the game, 17-16 with a putback with under two minutes remaining. Southern regained the advantage on Drummer’s bucket. But the Cats tied it up at 18-all on a Heiss freebie, and then took 20-18 halftime lead on a Smith bucket.

Waterford was outpointed 16-7 in the third quarter with Steele (5 points), McNickle (4) and Drummer (4) all stepping up for the Tornadoes.

Southern maintained the advantage for nearly six minutes in the final period. At the 2:20 mark, McNickle’s two freebies gave the Tornadoes an eight-point cushion, 42-34.

But at the 2:04 mark, Huffman’s old-fashioned three-point play (basket plus a freebie) helped ignite what turned out to be a 13-0 run.

Then, at the 1:06 mark, Heiss drained a game-tying triple.

Shortly after Heiss’s 3, Southern called timeout, and then with 34 seconds left, Waterford did the same. When play was resumed, Dailey got the ball, went up strong, and scored the go-ahead basket (44-42).

In the final seconds at the line, Jude Huffman made 1 of 2 and Jacob Huffman converted a pair to help seal the victory.