Upon further review, watching the post-game jubilation proved just as entertaining as the game.

The girls in the blue jerseys with red numbers were crying, high-fiving and celebrating at center court. The 6-foot-4 center hugging her generously reported 5-foot-4 friend stood out like an unbalanced joy-filled beacon.

All of them looked to the crowd for their family members. They all waved back and forth as the sea of blue shirts cheered wildly and jumped up and down in emphatic celebratory fashion.

This was the good time the elementary, middle and high school had emptied out for. This was the reason St. Marys’ girls team stayed and rooted from the Gilmer County student section.

Everyone wanted to witness the first crowning of a public-school state champion since 2003.

But you had to know what all the Gilmer County faithful just went through in order to fully understand. There were many things that could have gone wrong for these fans and players.

The halftime defensive switch could have failed. The poor shooting could have followed over to the second half. The pressure of the moment could have finally gotten to the young ladies in their first trip to Charleston. Notre Dame could have sent them all home after spotty free-throw shooting in the semifinals.

But, none of this happened.

“The whole group was just inspiring,” said Gilmer County coach Amy Chapman. “They inspired so many people and just had a drive to keep going. It was a beautiful thing and they never quit on each other.”

Those inspiring players Huntington St. Joe’s group watched celebrate gatecrashed its state championship party without one care. The Irish’s menu featured one item – humble pie. Having one real ballhandler, a limited bench, and being untested by the caliber of teams the Irish faced in the regular season proved minor roadblocks.

As a bonus, the Titans turned into the insurmountable roadblock for the Irish. There would be no mention of St. Joe downing Gilmer County at all for a third straight year on the way to an eighth straight state championship. Riley Fitzwater swatted the possibility aside, along with everything else in 2016, into the upper deck of the Charleston Civic Center.

Kylie Shuff’s third-period offensive outburst laid the first brick in the wall. Those 12 points put her crew down just one entering the final period. “Kylie wants to play the best and is ready to go against the best and wants to win. She just decided she was going to get the ball and make stuff happen,” said Chapman.

Everything, it seemed, happened for these Titans in the second half.

Emily Jedamski’s 3-pointer with 1:03 left in the fourth built the wall up a little higher. Gilmer County now controlled the final minute of the contest. “The shot really couldn’t have happened to a better kid,” said Chapman.

“She will have that great memory for the rest of her life.”

The Titans’ lead held snug thanks to some great performances on the other end of the court. Gilmer County’s final defensive effort in the last six minutes completed the construction project.

All the group of stunned players in white could do was sit on the bench.

It is no wonder Amy Chapman’s moment of joy scanning the Charleston Civic Center proved pure bliss. Mercer Christian had dashed her hopes as a player back in 2001. St. Joe had just tried its best to send her team and her back to Glenville empty handed. This may have been her only chance as a coach to earn a championship.

She may have been double-checking the scoreboard, too. Yet, the good news remained. The multiple bulbs still lit up to read Gilmer County 42, St. Joe 41 – Final.

“The location we are in means you just don’t get teams like that very often. It is very difficult to have a team like that year in and year out,” said Chapman of her group.

But there they were posing with the state championship trophy. All the while a plan to inform the rest of downtown Charleston brewed inside their minds. Shortly after the ceremony, echoes of “We just won a state championship,” bounced off the walls of the Marriott, Charleston Town Center and Civic Center.

While Garrett Fink’s final swim indeed came out of nowhere, this change of the Class A channel from the regularly scheduled program simply didn’t happen. St. Marys or Wheeling Central may have offered some challenge, but the Irish got the last laugh, always.

Not only did a school celebrate, but an entire county celebrated as one. The girls’ success brought state senators around desks huddled around a computer to watch the game, it had U.S. Senator Joe Manchin invested in the outcome, and it sent a shock waves around the state. 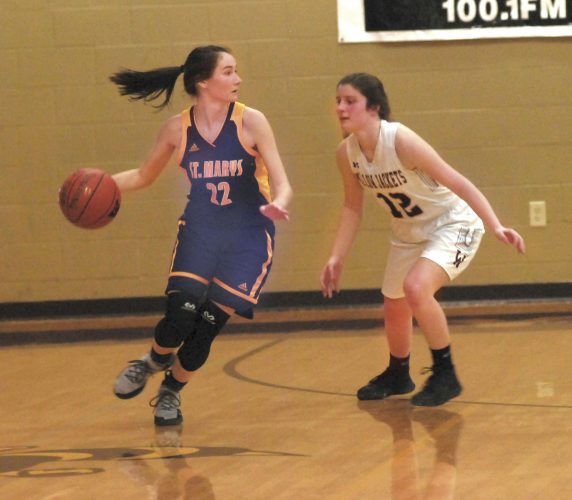 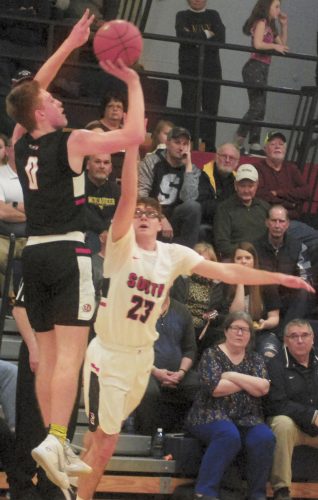 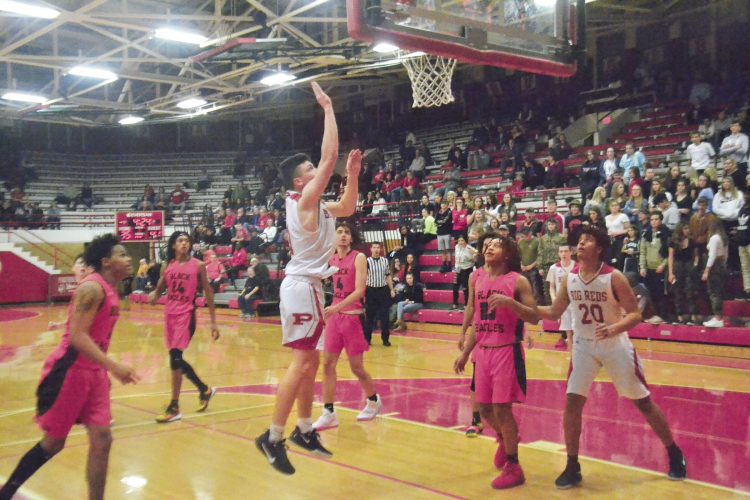