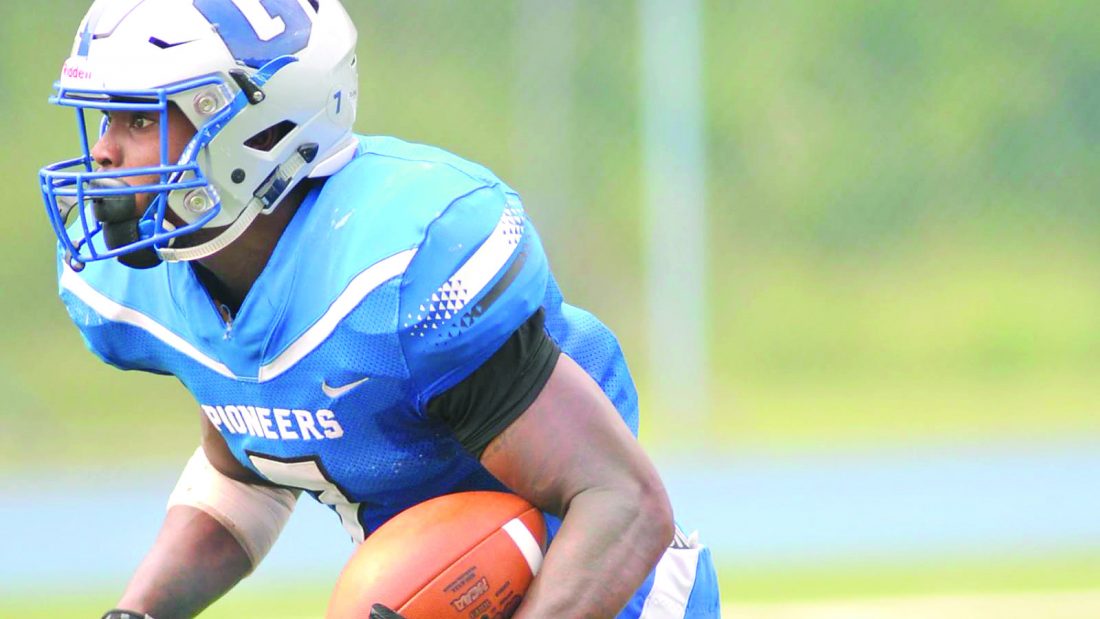 The Falcons (9-0, 8-0) lost the first three contests against the Pioneers in this series, but coach Jacobs is trying to make it four in a row and the GSC defense definitely will have its hands full.

Sophomore running back Jaleel McLaughlin continued his stellar career as a Falcon by rushing for 215 yards in last week’s 35-13 road romp of Frostburg State. In that affair, he became the first MEC back to surpass 4,000 career yards rushing.

“They got a really good team. A great team, but they got a special guy in that kid,” first-year GSC boss Mike Kellar said of the All-American McLaughlin. “He’s the D2 Barry Sanders. He’s faster than everybody. When the hole is there he hits it and when it’s not there he’ll reverse field and find a different way.

“They are great upfront. Their O-line is excellent. The receivers are great run after the catch guys. The quarterback (Chris Brimm) knows what they are doing top to bottom and they have one of the best returners (Marvelle Ross) in the country. You got a team that’s top-notch and well coached and you put Barry Sanders on their team.”

The Pioneers (5-4, 4-4) trailed Wheeling 14-0 at halftime last week, but rallied for 24 unanswered points, which included the go-ahead score thanks to Delonte Hood’s 35-yard pick-6. It was his eighth interception of the season and for his efforts he was named the MEC Defensive Player of the Week. Also, GSC kicker Justin Watts earned Special Teams Player of the Week. His 19 made field goals is tops in the country.

Obviously, the G-men will need to be opportunistic and also get the ground game going with Mario Pender, who is coming off a 152-yard performance on 19 carries and a score.

“It should’ve been 14-7 us at the half,” Kellar added of last week’s game, which saw the Pioneers fumble near the end zone and Wheeling return it for a touchdown. “We were down 14-0 and we just told them to go out and try to put together some drives.

“The kids responded to that adversity relatively well. (D’Andre) Brown came out and got an interception and we had a goal line stand.”

In six all-time contests versus GSC, Notre Dame has yet to fumble the ball.

“They are the best team in our league and they are the Northeast champs for a reason,” Kellar added. “We’re trying to prepare to be the best Glenville we can be. If we do that I like our chances. We’ll improve as a program and we’ll take what happens to us.

“It’s exactly what I told the kids, that’s (games like this) what we play for. You play for the big games and play for the best people and it’s a heckuva opportunity in front of us right now.”