Ravenswood’s Max Hilton celebrates his Class AA/A No. 1 singles championship Saturday inside the Charleston YMCA. Hilton overcame a four-game deficit in the third set for the title. Photo provided 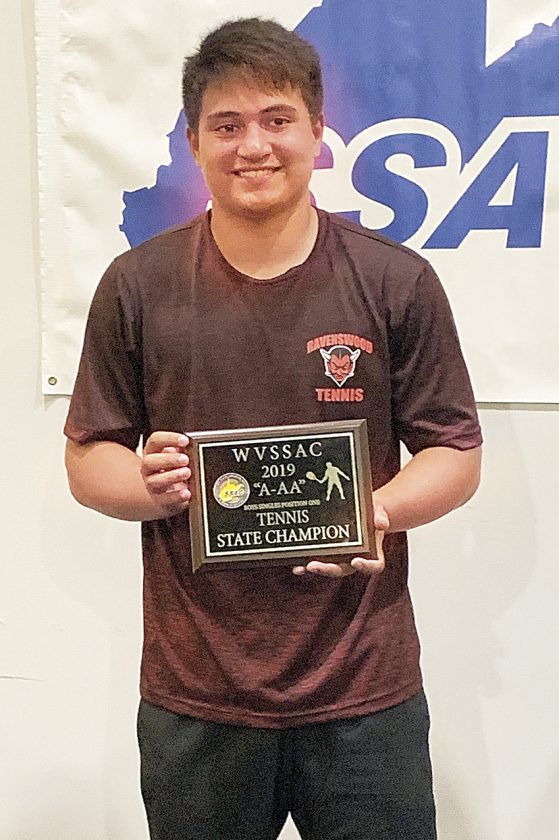 Ravenswood’s Max Hilton celebrates his Class AA/A No. 1 singles championship Saturday inside the Charleston YMCA. Hilton overcame a four-game deficit in the third set for the title. Photo provided

He arrived exactly at the desired destination for his final representation on any athletic playing surface for the Class A red and black. After emerging from a brutal regional and state tournament field, the Class AA/A No. 1 singles’ championship stood two set wins away in a best-2-of-3 final showdown.

Dispatching Grafton Bearcats’ French-transfer student Emilien Brazilier was the final hurdle needing jumped for a bit of school history. If he won, the accomplishment would go down as the first ever boys’ top-seeded state championship for a town that spent the last 18 years watching Hilton grow up.

Foreign, however, only described his opponent. Hilton traveled down this long road two years earlier just one court to his immediate right.

Parkersburg Catholic’s Nash Morris and he engaged in a two-and-a-half hour battle between friends, off-season doubles’ partners, and practice buddies. 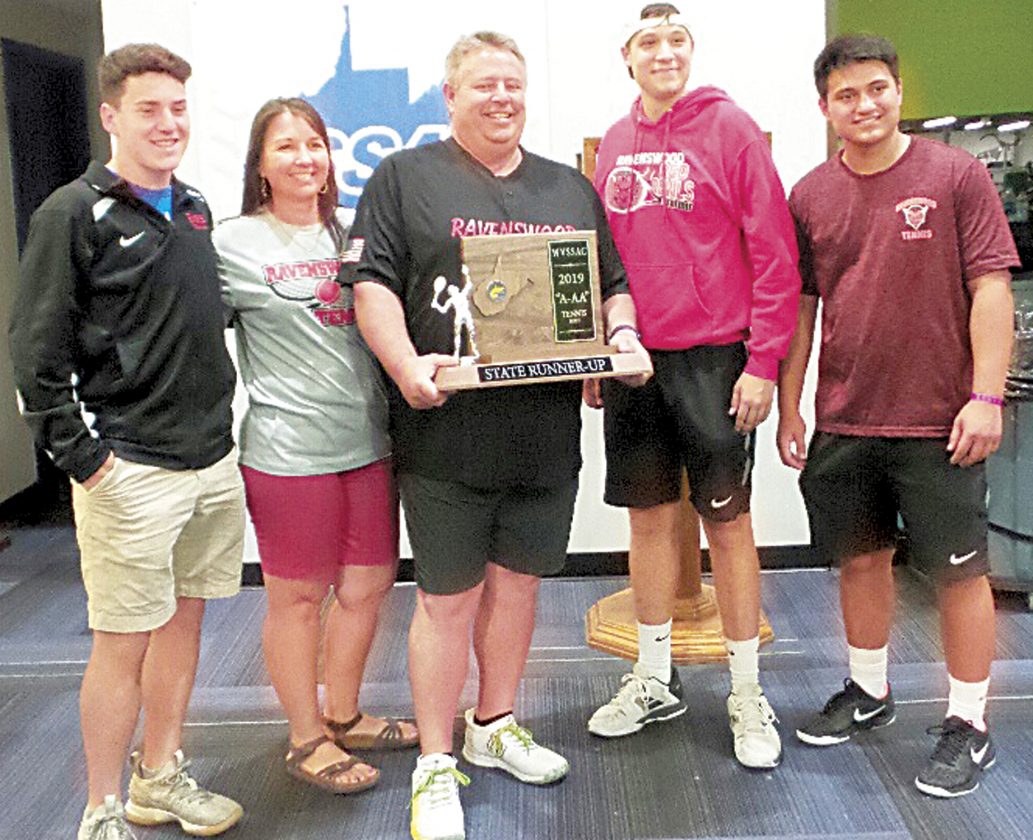 Maximum compeititon ensued as the two acquaintances dipped deep into their arsenals to gain bragging rights over the other.

The crowd sat or stood transfixed at the action taking place on the court closest to them. Desire radiated from both young men.

A good beginning quickly turned into a tough outcome for the Red Devil. Morris rallied for the title with wins in the final two sets after dropping the opening set 6-1.

Hilton earned another opportunity the following year and again would have been on track to face Morris in the finals. No one informed Winfield’s eventual state champion Sam Bowman though. The General quashed those dreams early in the second round.

Another nightmare appeared headed toward Hilton’s dreams this season after he took the first set of the championship round. The game plan against an opponent he hadn’t faced this season worked well. Brazilier though switched tactics in the second set. The Bearcat became a brick wall to every drop, power, finesse our outside shot attempted in the potential championship deciding games during a 5-2 win.

The crowd though believed Hilton was on the brink in the second set.

The scorecards in the first match recorded his points in black and Braziliers’ in red. This became switched in the second set by the chair umpire.

There was no time for the athletes to worry.

“He changed his game to outlast me and get everything back and let me make the mistakes,” said Max of the middle contests. “He waited for the perfect ball to go for his shot and it worked.”

Impatience crept in as attempted winners went long or found the net. These forced errors helped Brazilier jump out to a 4-0 advantage in the final set as well.

Thoughts of 2017 entered into Hilton’s mind, but the maturity resulting from playing in such a match broke through as well. He erased the potential overall outcome from his mind, determined not to let this final opportunity slip away. Instead, his intense focus directed itself at each precious point.

Patience flooded his mind and body. And slowly but surely, momentum swung as the Bearcat started hitting short shots eaten for a late breakfast or brunch by the Red Devil.

There was never going to be a better opportunity then right now.

Hilton finally broke Brazilier in the fifth game. More and more of the immense pressure slowly transferred to the Grafton player as his opponent pulled all same in the eighth game. There weren’t many excuses for him to go to if he lost the title now.

An unshakable faith played a huge part in the comeback as at no time Hilton really felt the match wasn’t winnable.

“I can’t explain it, it was just pure elation,” he said of the moment.

The future standard No. 1 singles players were held to at Ravenswood High would be the final 28 games of his career.

“It means a lot,” said Hilton on the championship. “All the hours of practice to get to that point and being able to play for Ravenswood, this small town in West Virginia, not many people even know about. It couldn’t have ended any better.”

Tears moistened the eyes of Morris as well. He stood in attendance quietly enjoying a moment of joy as the celebration began for his good friend.

“I’ve watched Max’s entire career and how hard he has worked. It was great seeing him finally get a win at the state tournament after so many great runs. And it was only fitting he did it in such a spectacular comeback. It was a great ending to the story,” he shared early Sunday afternoon.

Sam however would have preferred his son to make things a little easier on both of them.

“I was probably more nervous then he was,” he said with a chuckle. “But it was a great feeling to watch Max overcome the moment and the pressure that overtook him two years ago.”

Max went on to claim his second top doubles title with partner Ethan Rawson a few hours later. When asked if he could have lived with two doubles titles and no singles title, Hilton gave a reflective response.

“It definitely would have been bittersweet if that ended up being the case. I feel like most of my offseason work went towards my singles title,” he said. “But I am definitely happy Ethan and I got a doubles title and he has an opportunity for one more.”

Ravenswood also finished the day as the team runner-up to Charleston Catholic for the final big trophy. Hilton and Rawson chipped in a huge eight points to make the final outcome possible.

Sam shared he was excited to share all the hardware with athletic director Wes Swain at the tennis banquet.

“It was completely overwhelming for me when I found out because our region was so strong and we didn’t get some of our kids in. I knew we were pretty handicapped but Max and Ethan came up huge for us and it felt phenomenal. I am not certain I could have had a higher goal,” Sam said.