Becomes first female ever to crack the starting lineup 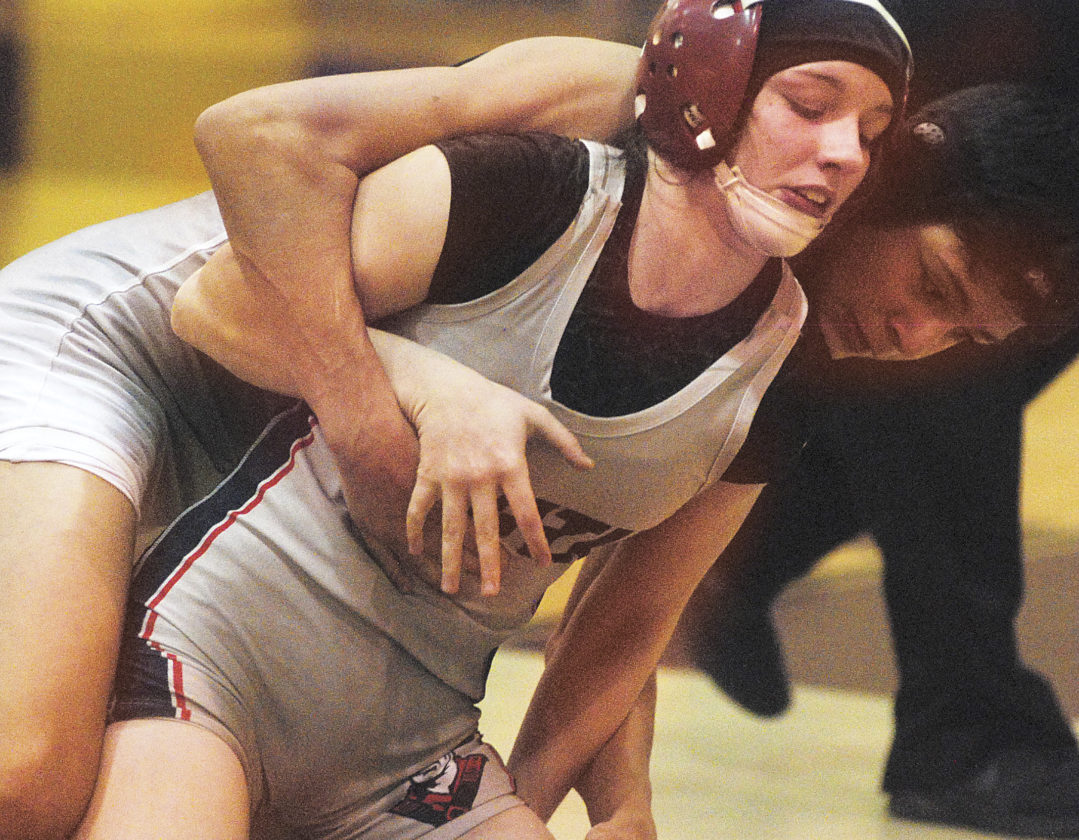 PARKERSBURG — While girls have participated in wrestling in the past at Parkersburg South High School, none managed to stick around very long.

Samantha Miller, on the other hand, planned on a four-year stay with the program from Day One.

A day missed on the mat proved her agony.

Grappling since the age of 4, the Patriots’ blue-team member the past two seasons placed in every tournament. The junior gave no quarter to her male opponents, driven by open spots on women’s wrestling programs at Tiffin, Alderson-Broaddus (who started a women’s team two years ago), and Life University in Georgia available to her if she completes her full membership on the Patriots squad.

Several schools are offering nearly full rides for the chance at making the Patriot a member of their squad.

While she answered those inaugural challenges well clad in blue-and-white with a touch of red, Miller enters uncharted territory in 2018.

Varsity spots in the lineup aren’t just for @demsouthboyz on Twitter anymore.

Coach Shaun Smith noticed all the young lady’s hard work day after day as she has been named the starter in the 106-lbs. weight class. She will be the first female varsity starter in the history of the school.

A spot Smith feels she is ready to handle well.

“I think so,” he said. “She has had two years to get ready for this. She’s basically been wrestling against boys her whole life. She has wrestled girls more lately but as fas as her being a junior she knows what she is up against.

“She has a long road ahead of her but I honestly think she has gotten better as a wrestler. She will keep improving because she works hard and wants to improve to wrestle in college and transition over to women’s wrestling. I think wrestling against boys is only going to make her better for that too.”

Miller confirmed her coach’s thoughts with a lofty goal right out of the gate despite the fact she’s never seen most of her opponents in a match before this season.

“I want to qualify for state,” she said bluntly during an interview, a little smile creeping on to her face.

She’s certainly prepared for this moment in the past seasons.

Her training shows the seriousness of her conviction. Advice from and work done with world-renowned power lifter Mary Jeffrey added muscle to her compact frame. A quick glance at her pull-up numbers offers proof. Miller can peform 15 repetitions in-a-row of an exercise she failed to complete one of a season ago.

Her technique continued to improve under Smith, who wrestled for Division I Liberty, as well.

“She’s doing something right,” said Smith. “Obviously there is a big difference wrestling juniors and seniors but her gaining weight is going to help. She understands if she loses matches she can’t get discouraged and has to keep fighting back and I think that is going to happen. If she gets down on herself it won’t get any better.”

“I am nervous but looking forward to the challenge,” said Miller.