Friday was one of those rare days, almost like having a Saturday off from work, where I didn’t find myself getting ready to cover a basketball game somewhere in the Mid-Ohio Valley.

I figured what better way to spend part of the late afternoon and early evening than taking in some wrestling practice with the three-time defending state champion Parkersburg South Patriots.

After head coach Shaun Smith finished practice, I took the opportunity to chat with three-time state champion Josh Humphreys, who is the top-ranked 152-pounder in the Mountain State.

The journey for Humphreys to the Patriots was a strange one indeed. He won his first state title at Huntington before standing atop the podium the past two years at St. Albans.

His father Greg, who owns Tractor Pros and was a former grappler at Tennessee-Chattanooga, was forced to move into the area and the rest is history.

“Quite frankly, I didn’t even want to come up here right before the school year started, but I didn’t have a choice because my dad was driving up here every day and the drive was getting too much,” admitted Humphreys, who has given a verbal commitment to Lehigh University.

“My dad definitely pushed me at a young age. As I’ve grown older, I’ve just realized, like, I circle myself on a platform to just lift up Jesus Christ and exalt him. That’s where my dedication comes from.”

“They see how successful he is because they see how hard he works and how good he is. Hopefully, they strive to try and be like him. He’s a phenomenal talent, phenomenal wrestler, phenomenal kid and that’s what made me so excited he was going to come here.”

Like any teenager, change isn’t always easy, but it’s something Humphreys has gotten used to.

“Obviously, I hated leaving my friends and everything at St. Albans, but I’ve made friends here,” Humphreys added. “All in all, it’s been really good. I love the team. The school is great and the teachers are great.

“My parents bought a house and I didn’t actually move in until like the week before school started. It was a pretty quick adjustment, but I’m used to that. It’s not a big deal.”

A couple of things which are big for him are his faith and winning championships.

“Lehigh, it’s a great school and everything and coach (Pat) Santoro, the head coach, he’s an awesome dude and a real Christian guy. That was really my biggest factor in going there.

“I’ve always wanted to win four state titles. I think my goal has always been to wrestle in college and be All-American at the D1 level and potentially win a national championship and that’s what I’m going to try and do at Lehigh.”

Of course, the senior Patriot misses his friends in St. Albans, but admits “I still talk to a lot of them and we are all really close.”

One thing last year’s Class AAA Most Outstanding Wrestler hopes not to miss out on this winter is a “regular” state wrestling tournament.

Following the fiasco of 2017, where Humphreys and others had to wait more than two weeks to complete their weight class in Fairmont rather than Huntington’s Big Sandy Superstore Arena, the Patriot is just looking for some normalcy.

“Quite frankly, I hated it,” Humphreys replied when asked how he felt about the decisions made by the West Virginia Secondary School Activities Commission. “It was kind of devastating.

“All that preparation and everything. I had some buddies who were wanting to win a state title with me and I wasn’t able to do that. That kind of sucked.”

Although regionals across the Mountain State ended on Saturday, wrestlers will not be heading to Huntington as per usual for the state tournament come Thursday because the WVSSAC opted to push the final weekend of the season back another full week.

“It’s definitely going to be a challenge having that week off there,” admitted the Robert Dutton Award candidate. “But I trust the coaches and what they are doing. They will put us in the right position to wrestle to the best of our abilities.”

Prep coaches in the Mid-Ohio Valley aren’t leading their respective teams for the paycheck. Rather, they often ...

The then and now of Jett

The first thing which comes to my mind when I think about the last name Jett is pure Olympic gold medal speed. For ...

Throughout any given day one often makes numerous decisions. Granted, most might be mundane like figuring out ...

Writing and the process

Pfffffffffft. Sometimes it’s just good to let out some air and take a deep breath. I wouldn’t say that’s ... 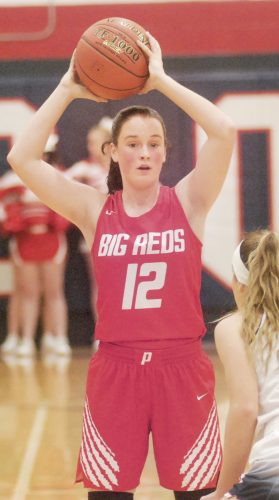 ALBRIGHT: Even without three-peat, PHS girls left behind a big message

It’s been more than a month since the 24th annual Vienna River Road Race was canceled by a COVID-19 ...