It is astounding these days the degree to which people are willing to display beliefs and behaviors most of the rest of us came to understand were just plain WRONG generations ago, and to top it off with a willful lack of understanding about the way our democratic republic — and, more importantly, our Constitution, work.

Exhibit A last week came from Texas, where the mayor of Wylie felt no compunction about telling members of city council that women should not be allowed to lead the prayer before their meeting.

He’s from Texas, so Mayor Eric Hogue would understand what I mean when I say, Oh, bless his heart.

“All I ask is that those leading the public prayer be young men,” Hogue emailed a city council member. “As a preacher for the Cottonwood Church of Christ, we take the two verses below literally.”

He then cited: “Let your women keep silence in the churches: for it is not permitted unto them to speak; but they are commanded to be under obedience as also saith the law. And if they will learn anything, let them ask their husbands at home; for it is a shame for women to speak in the church.”

And he cherry-picked this gem: “Let the women learn in silence with all subjection. But I suffer not a woman to teach, nor to usurp authority over the man, but to be in silence.”

Blood-boiling, isn’t it? One can’t help but feel deep sympathy for the women in this man’s life.

My personal opinion as a Christian is that verses such as the one upon which this man leans are fantastic examples of the dangers of failing to understand the time and social order during which the men who wrote down these passages were working; failure to give more weight to “the words written in red” than remembrances of the preaching of men whose disciples were vying for control of the early church; and failure to remember the many instances in the Bible of the strength and importance of women.

Imagine Hogue trying to puff himself up and pretend he had nothing to learn from the likes of Judith, Esther, Deborah, Abigail, Martha, and of course Mary the mother of Jesus, and Mary Magdalene.

But my personal opinion as a Christian does not matter. Neither does Hogue’s. Not when it comes to the workings of municipal government.

The First Amendment to our Constitution is crystal clear that Congress “shall make no law respecting an establishment of religion.”

And while the U.S. Supreme Court narrowly upheld non-sectarian prayers or invocations at City Council meetings in 2014, Justice Anthony M. Kennedy was careful at the time to remind that a city crosses the line if prayers “denigrate non-believers or religious minorities, threaten damnation or preach conversion.”

In other words, a municipal body cannot say it includes prayer in its proceedings, but then make judgments about which kinds of prayer (or pray-ers) are acceptable. If a public body is going to let someone pray, it cannot “act as supervisors or censors of religious speech,” as Kennedy put it.

But back to Hogue’s nauseating request.

He appears unashamed. (He can get away with that, as he is in his last term as mayor.)

“I believe a lady can be president of the United States,” Hogue said. Somehow I doubt that, although I suppose there is a subtle difference between “can” and “should,” in his thinking.

He continued, “I believe a lady can be CEO of a company, the superintendent of a school district. But I believe … when it comes to (picking) somebody to lead the invocation at a City Council meeting, because of those two sets of verses, I’m going to choose a male.”

One would hope Wylie City Council members ignore his input, and immediately begin a thorough investigation into whether Hogue has imposed his religious beliefs on any other aspects of city government. Given his complete cluelessness on this matter, it would not surprise me.

Virus ripple effects could be deadly

You’ve heard of “the butterfly effect.” If not, the Cliff’s Notes version is that the most minuscule action ... 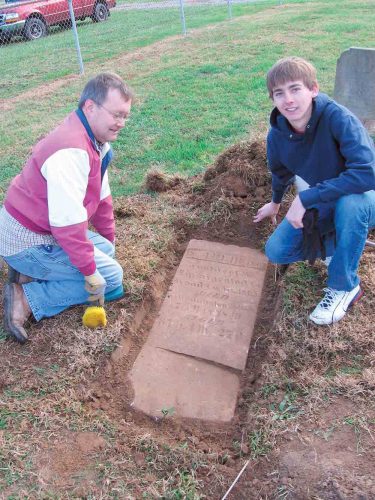