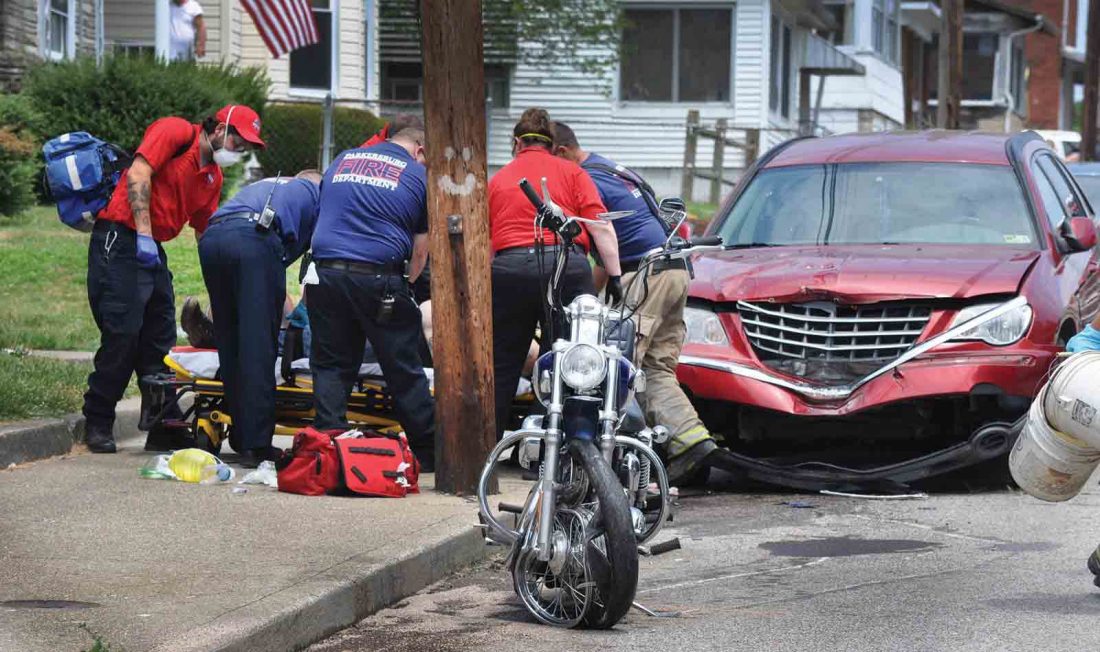 First-responders assist an individual injured in a crash Wednesday afternoon in the 1200 block of Lynn Street in Parkersburg. According to Parkersburg Police Sgt. G.L. Powers, Chad Barber, 44, of Parkersburg, was traveling north on Lynn Street on a 2006 Harley-Davidson motorcycle when he apparently tried to pass a bicycle. The motorcycle made contact with the bicycle, then went left of center and hit a parked vehicle, Powers said. Barber and a passenger, Sierra Anderson, 23, of Parkersburg, were taken to WVU Medicine Camden Clark Medical Center then transferred to WVU Medicine J.W. Ruby Memorial Hospital, he said. Their conditions were not available Wednesday evening. The bicyclist, 30-year-old James Cottrell of Parkersburg, declined treatment at the scene, Powers said. The crash remains under investigation. (Photo by Art Smith)