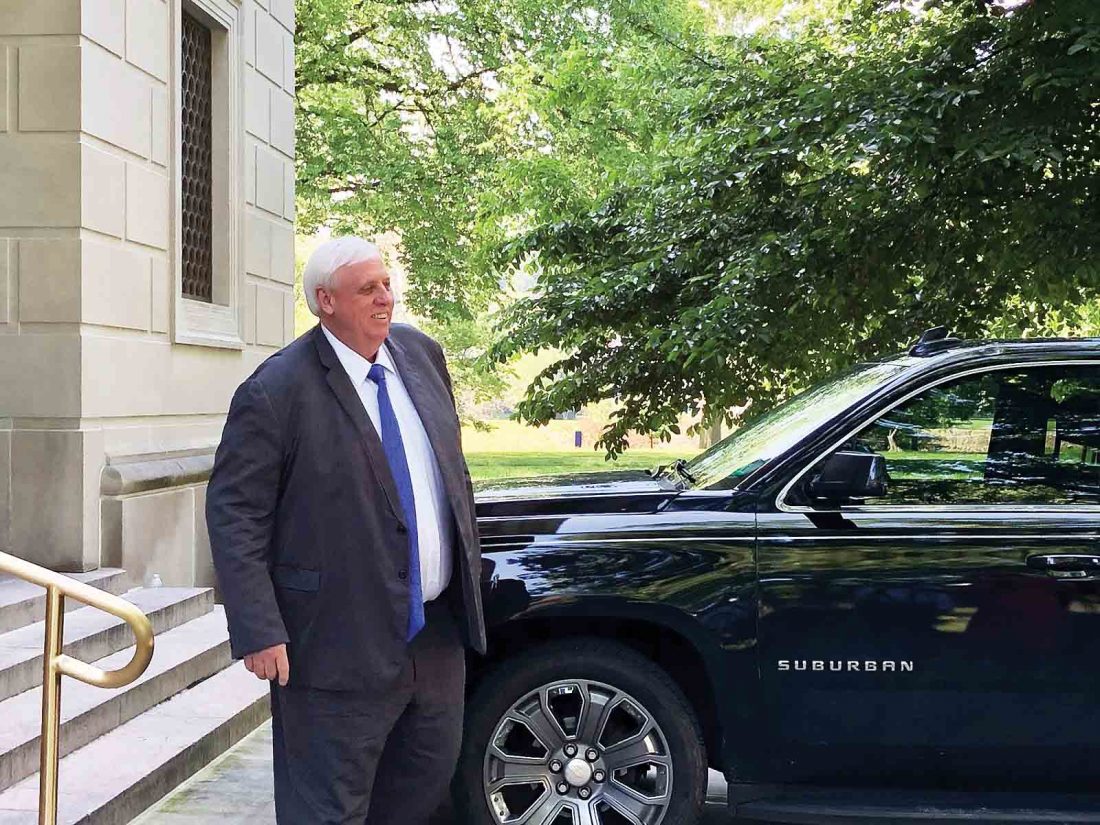 CHARLESTON — Gov. Jim Justice said Tuesday that everything is under control after a spike in coronavirus cases last week centered on the Eastern Panhandle and more cases were found in a state prison.

“As far as our comeback and our reopening, that seems to be going very very well,” Justice said. “We’re trying to do that while monitoring with our health experts and our medical communities and everyone really watching and watching like a hawk. We’re trying to monitor everything to keep you as safe as you possibly can be.”

Justice Tuesday held his daily coronavirus briefing at the Capitol in Charleston.

According to the Department of Health and Human Resources, the state saw 15 new coronavirus cases since Monday evening, bringing the total of confirmed cases to 1,797. As of Tuesday, there were 585 active cases, which include infected people in self-quarantine and people admitted to hospitals.

“We want the active cases to drop off,” Justice said. “It has crawled back up a little bit and we’re hoping that it will turn the other way and start dropping back down again.”

“Thanks to (Justice’s) quick action and quick response on Friday after we completed some of the testing, we were able on Monday to test 1,029 inmates, which was the remainder of the inmate population at Huttonsville,” said Betsy Jividen, commissioner of the Corrections Department. “We are hoping to have the remaining tests back in the next several days and we will plan our policy and response accordingly.”

“We tested the whole block and I told our people Friday that ‘no, that’s not good enough. Test everyone in the whole facility,'” Justice said. “We do expect, as these thousand-plus tests come back that that number is going to rise. We’re on it and our people are staying right on top of it. We ran to the fire.”

“If you look at our numbers, naturally we were all apprehensive to see the impact of the Memorial Day weekend for a few days, but we are seeing that since we began reopening we should have seen more and more numbers move and move in a really negative way,” Justice said. “We’re not seeing that in a big way, but we’re watching and we’re watching all the time.”

Tuesday was the start of week five of Justice’s reopening plan for state businesses, with state park cabins and lodges opening to in-state guests, the opening of bars with 50 percent in-door capacity and outdoor bars, museums and visitor centers and zoos.

PARKERSBURG - The Mid-Ohio Valley Health Department and Parkersburg Care Center announced this evening that an ...

Ex-wife balks at inviting other woman to son’s graduation