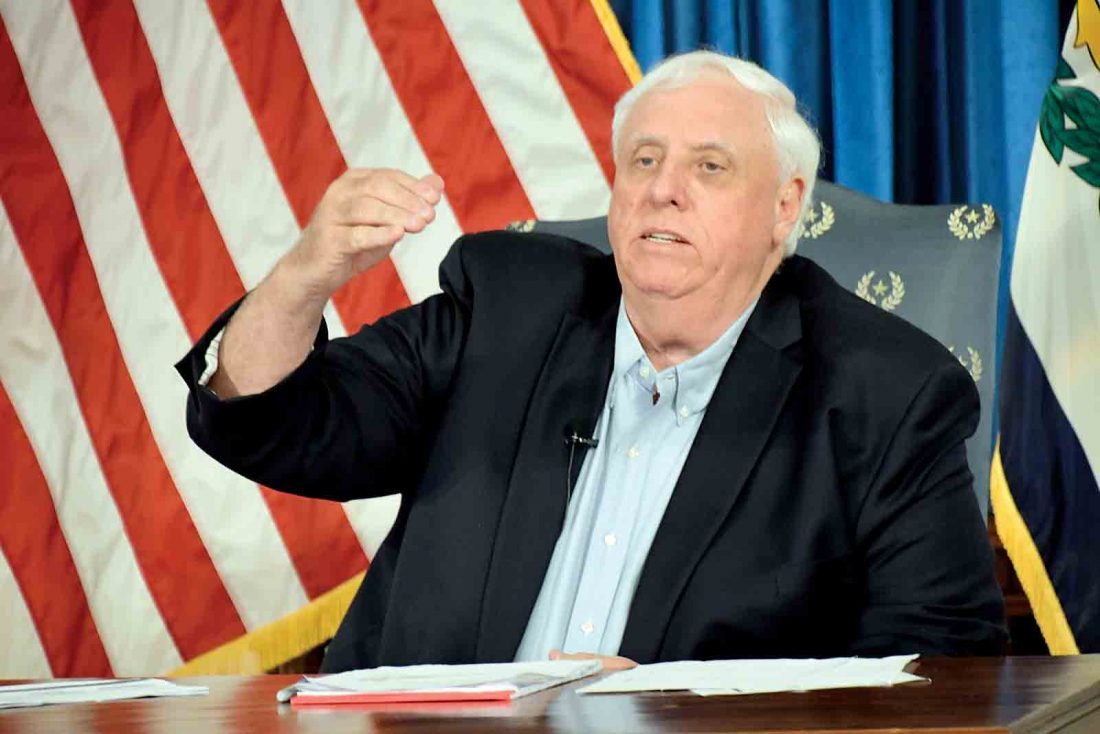 CHARLESTON — Health officials said the state is seeing positive signs that efforts to slow the spread of the coronavirus are working, but counties with the most cases are now under stricter stay home and social distancing regulations.

Gov. Jim Justice and state officials held their daily coronavirus briefing Monday via video conference, with Justice speaking from the Governor’s Reception Room at the Capitol in Charleston.

According to the Department of Health and Human Resources, there are now 345 positive cases of the coronavirus, or COVID-19, in West Virginia. Justice announced a fourth death in West Virginia during Monday’s briefing though no further details were released.

“I’ve just been notified of an additional death,” Justice said. “While they’re pacing significantly below all the other states and surely significantly below the national average, it’s sad and it’s not good enough. We just have to deal with it. We know that this pandemic is really rough stuff and that’s why we urge every one of you to stay the course.”

Of the 9,940 people tested in the state, only 3.5 percent have the virus. According to Justice, West Virginia ranks second among the surrounding states for the number of people tested compared to population.

COVID-19 hotspots are Kanawha County with 56 confirmed cases, Berkeley County with 54 cases, and Monongalia County with 53 cases. This weekend, Justice issued an executive order tightening social distancing requirements in Berkeley Jefferson, and Morgan counties. The order was later expanded to Kanawha, Monongalia, and Harrison counties. More than 60 percent of total positive cases are in these six counties.

“We have got to stay at home, we’ve got to listen and we’ve got to take heed to everything we’re doing,” Justice said. “It’s working, and it’s working fabulously in the state of West Virginia, but we’ve got to know over and over that we’re the most chronically ill in this state. We’re the highest risk state of all, and we’re within a rock’s throw of these populations where people are dying like flies.”

The tightened executive order requires state residents to stay at home except for groceries and supplies and medical needs. Outdoor activity is still allowed, but groups of five or more are prohibited and social distancing of 6 feet is required. Essential businesses and operations are ordered to have as many employees work at home as possible. Health departments are ordered to develop rules for maximum occupancy in businesses.

“If (health departments) see things going on that’s adverse to our social distancing, we are empowering and encouraging them to call their local officials as well as the State Police,” Justice said. “Then the State Police and the local authorities will come and they’re going to tell these people they have to disperse, and they have to social distance. If they refuse to do so, they can charge them with obstruction.”

Health officials continue to stress the need for people to stay home as much as possible, stay away from large groups, maintain 6 feet of distance from others, frequently wash hands, cover coughs and avoid touching the face. Dr. Clay Marsh, West Virginia’s coronavirus czar, said new modeling released this week shows that West Virginia’s social distancing efforts to flatten the curve and limit the spread of the virus is showing promise.

“What we know about fighting this COVID-19 and winning is the fact that our power is to starve this virus,” Marsh said. “We have a compounding benefit that helps us fight the virus, and that’s doing what most of our citizens are doing.”

According to modeling by the Institute for Health Metrics and Evaluation at the University of Washington School of Medicine, the state won’t run out of ICU units when the peak resource usage hits by April 16 and COVID-related deaths could peak by April 17. Last week, the model projected the first week of May as the peak for resources.

“Our estimates assume statewide social distancing measures are continuing in states where they have already been enacted,” said Dr. Christopher Murray, director of IHME. “If social distancing measures are relaxed or not implemented, the U.S. will see greater death tolls, the death peak will be later, the burden on hospitals will be much greater, and the economic costs will continue to grow.”