Local missionaries waiting in Honduras for chance to come home 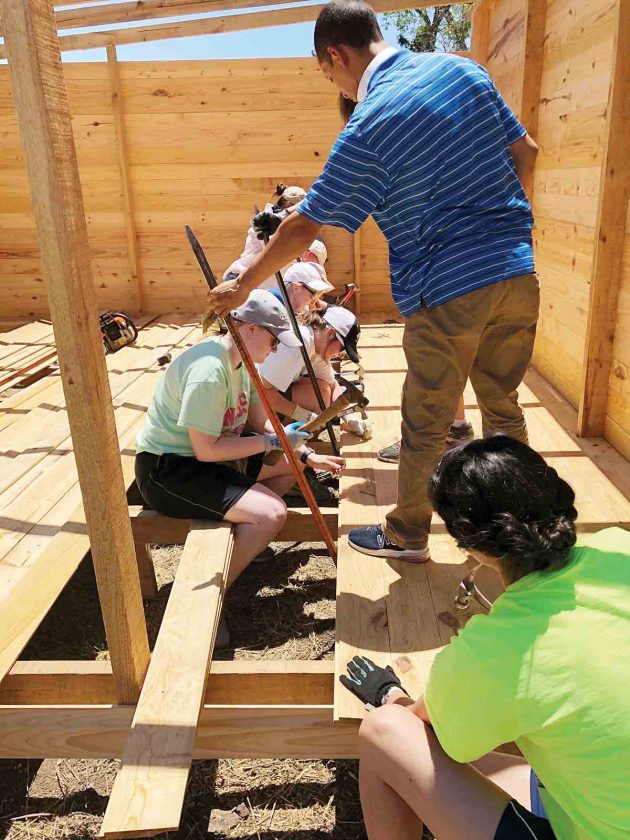 Six members of the Morgantown Church of Christ are stuck in Honduras following the closure of the county’s borders. Before the country completely locked down, the group was able to get one home built. (Photo Provided)

PARKERSBURG — An Ohio Valley University student, a recent graduate and a Parkersburg native are among a group of West Virginia missionaries having to wait out the coronavirus in Honduras.

The group of 16 from the Morgantown Church of Christ arrived March 14 to spend a week in the Central American country.

“Just three hours after landing we were told by our local contact that we should turn around and go home as soon as possible,” said Richard Moore, one of the church’s elders and a Parkersburg native.

Fear of the virus spreading had escalated quickly, according to Moore, and Honduras closed its borders, making it impossible to travel into or out of the country by any means.

“Before everything became completely on lockdown, we were able to build a home, get supplies to the local orphanage and distribute 170 food bags which provided people with two weeks’ worth of food supplies,” said Devinne Sparks, a Morgantown resident who graduated from OVU last December. 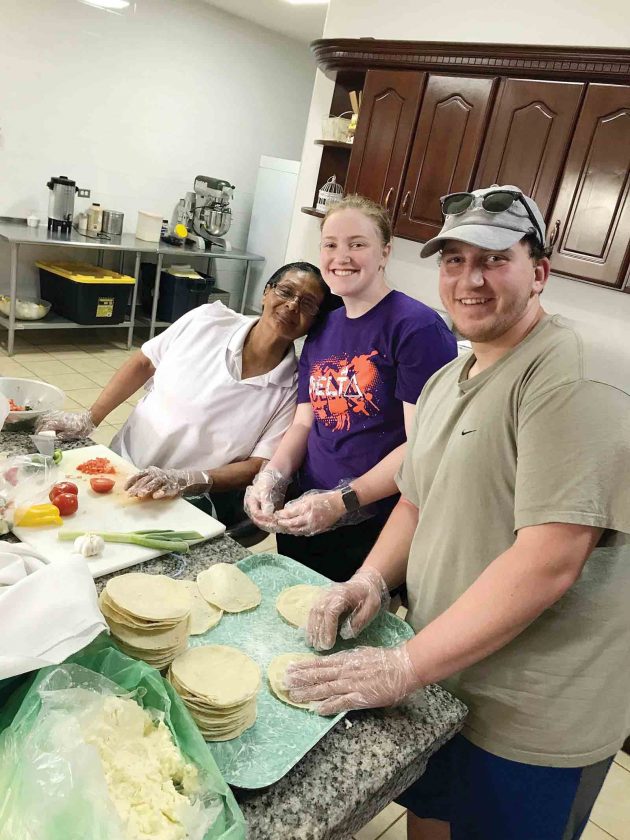 Sparks said the group had planned to build a total of six houses, in addition to working at the orphanage, serving meals and starting work on a daycare center.

Since then the quarantine efforts have increased, and their group, ages 13 to 73, have spent their days in a local conference and retreat center.

Moore said no one is showing any symptoms of the coronavirus and the number of cases in Honduras is not very high.

“It’s been hard for our families back home. We try to keep them reassured that everything’s okay, but that is not easy when you’re a few thousand miles away and the world is experiencing a crisis,” he said.

According to Moore, only one person is allowed to leave at a time, so the group just stays in. 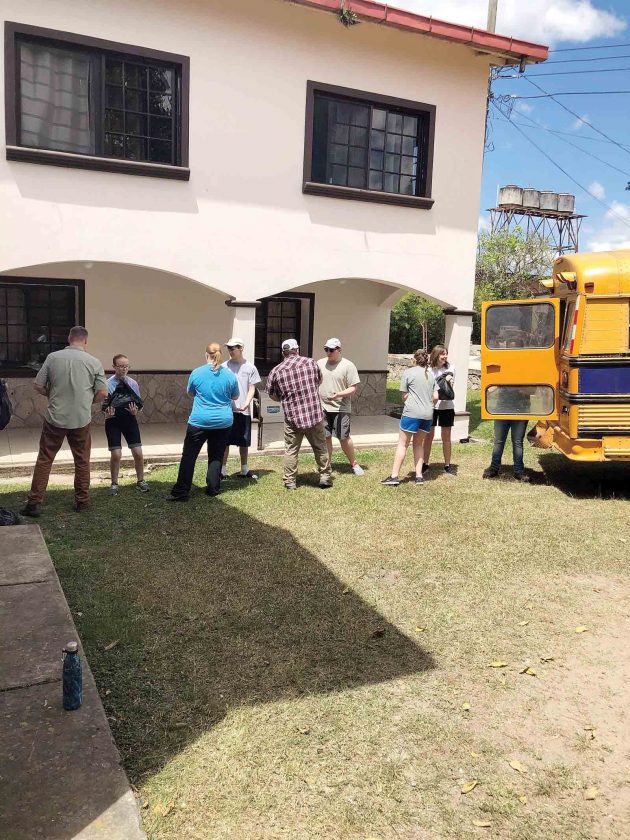 Sixteen members of the Morgantown Church of Christ are stuck in Honduras following the closure of the county’s borders. Before the country completely locked down, the group was able to provide resources to a local orphanage. (Photo Provided)

Brandon Brammer, a junior at OVU, said the group is using this time to grow closer to one another and to God.

“We are faced with a crisis, yes,” he said. “But I hope we can be an example for others on how to react in those times of uncertainty and need.”

Brammer said leaning on one another and God is how they will get through this time.

“God has placed us in a situation that can and has strengthened our relationship and faith,” he said. “He has given us an opportunity to trust in him and provided for us a powerful story to share with others.”

Moore said they’ve had little luck communicating with the U.S. Embassy or airline that got them into the country.

The church group was able to make arrangements for a flight home Tuesday, but that fell through as the government extended the border closure until at least March 29.

Moore said West Virginia’s congressional delegation is working with the church members now to ensure they can get to the airport safely and their flight will be allowed to enter and leave the country.

The staff of Sen. Joe Manchin, D-W.Va., “is working around the clock to find a way to bring them home,” said Sam Runyon, communications director for Manchin. “This includes communicating with the Department of Defense and Department of State to exhaust all available options. We will stay in close contact with this group until they are safely returned home.”

Sen. Shelley Moore Capito, R-W.Va., said her office has been in touch with the group as well.

“I have also asked for the State Department’s help on this, and I will continue to stay on top of the issue,” she said in an emailed statement. “These actions taken by the Honduras government are to help stop the spread of this virus.”

Brammer, Sparks and Moore are no strangers to mission trips, and they said this experience has not made them change their minds one bit about traveling to other countries to serve as the hands and feet of Christ.

Evan Bevins contributed to this story.