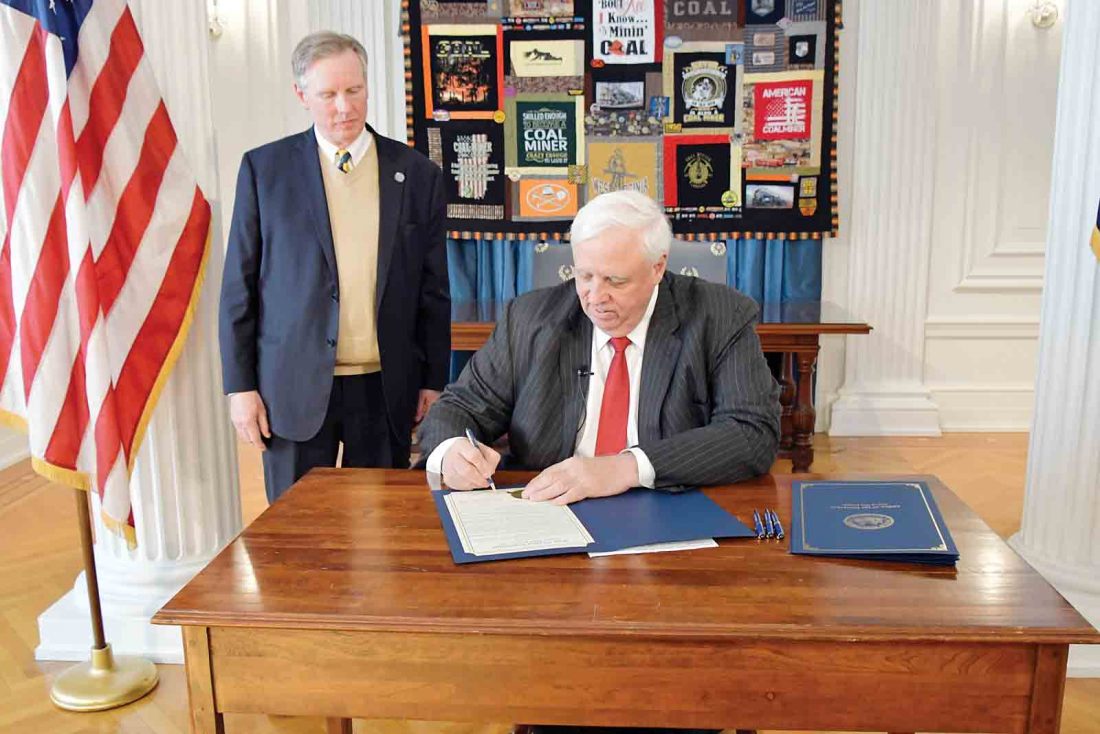 Senate Bill 122 was passed by the West Virginia Legislature on Feb. 21, 1890 to establish the Bluefield Colored Institute after funding was made possible by the 1862 Morrill Act, which was expanded in 1890 to allow states to create black colleges and universities.

“The governor at that time made the decision not to sign the bill nor to veto the bill, so the bill laid over for a period of 60 days and after 60 days it became the law of the State of West Virginia,” Capehart said. “Some people say his actions of not signing the bill were a sign of the times, but I believe in any event that it was an injustice that’s been nagging at us for about 125 years.”

“We approached Governor Justice about the idea of signing a ceremonial bill that will officially have the Governor’s signature to a piece of legislation that will establish Bluefield State College,” Capehart said. “We’re very excited Governor Justice took this action.”

“You’ll never make me to believe that wasn’t some sinister reason for why a governor just refused to sign this bill,” Justice said. “That’s just not in my DNA, and I am very proudly going to sign this 125-year-old bill.”

Justice praised Bluefield State for its recent accomplishments, including its robotics teaming placing first in a national competition and placing second in an international competition in 2018, and placing second in U.S. News and World Report’s top 15 public colleges in the South in 2019. Last year, Justice announced he secured $1 million in funding for the first housing complex at Bluefield State in more than 50 years and for work on the student union.

“There is so much stuff that you have done to contribute to all of us in each and every way forever,” Justice said. “It’s amazing all the good stuff that is happening at our back door. All we have to do is be all in and supportive.”

A native of Moundsville, Capehart will be inaugurated as the 14th president of Bluefield State College on Saturday, April 4. He was officially named to the position on Sept. 11, 2019, and served as interim president of the college since January 2019.

Capehart has served in various governmental roles, from secretary of tax and revenue under former governor Cecil Underwood in the late 1990s, to staff attorney for the Senate Finance Committee in 2017. He is a former chairman of the West Virginia Republican Party and a former senior fellow with the Public Policy Foundation of West Virginia.

Capehart is also a former professor at Marshall University, was named a Fulbright Scholar in 2006 and the former president of West Liberty University near Wheeling. He stepped down from that position in 2015 after agreeing to a deal with the West Virginia Ethics Commission where he admitted he asked a university employee to help him with a private film project.

“Robin is doing an incredible job,” Justice said. “There is just so much stuff going on over there, but there could be a lot more. We’re just on the cusp of getting our feet under us one more time.”