Donna Balachowski checks her phone while waiting for an appointment in the wound care unit of Marietta Memorial Hospital last week. Balachowski received the first skin graft from placental tissue in the hospital’s history. It worked to heal an open wound on her left knee that for three years failed to respond to other treatments. (Photo by Michael Kelly) 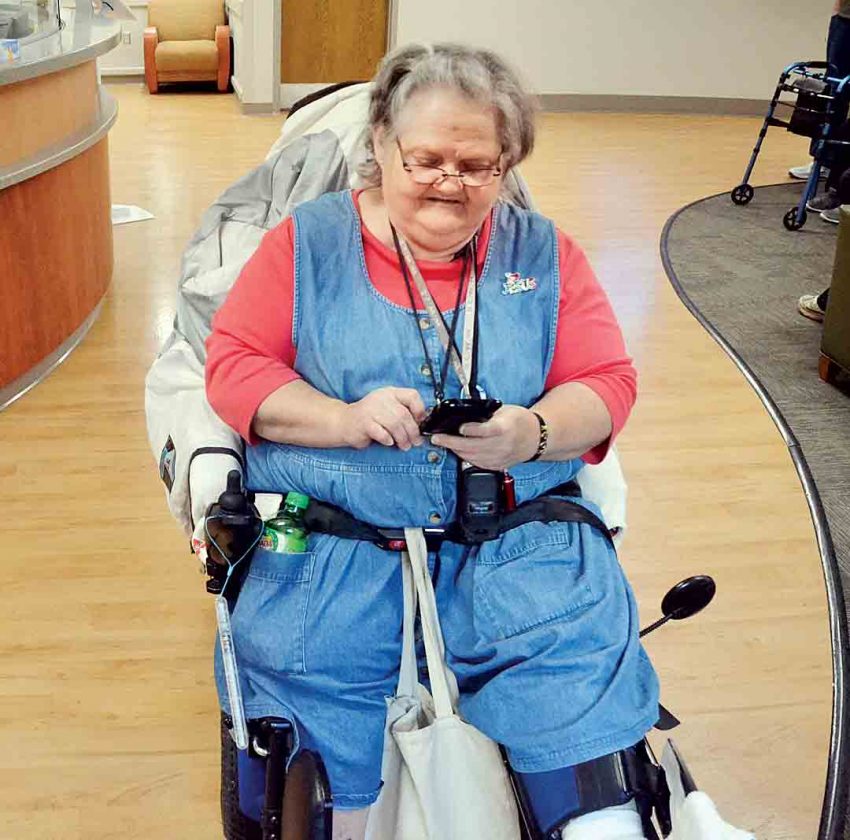 Donna Balachowski checks her phone while waiting for an appointment in the wound care unit of Marietta Memorial Hospital last week. Balachowski received the first skin graft from placental tissue in the hospital’s history. It worked to heal an open wound on her left knee that for three years failed to respond to other treatments. (Photo by Michael Kelly)

MARIETTA — When Marietta resident Donna Balachowski took a fall three years ago, it opened a wound nearly three inches in width in her left knee, which already had been damaged more than 30 years earlier when she was struck by a car while out walking.

Doctors at Marietta Memorial Hospital treated the wound in an effort to close it, but Balachowski said they were reluctant to try a graft of her own skin because she already had one chronically open wound. The injury remained stubbornly unhealed for three years.

Then, in November Dr. Richard Hershey, a general surgeon, asked her if she’d like to try something new: a graft of donated placental tissue.

“Others said it would never heal,” Balachowski said. “With this, there’s little or no scarring or discoloration, it will even tan. It feels fantastic, no pain, no problems at all.” 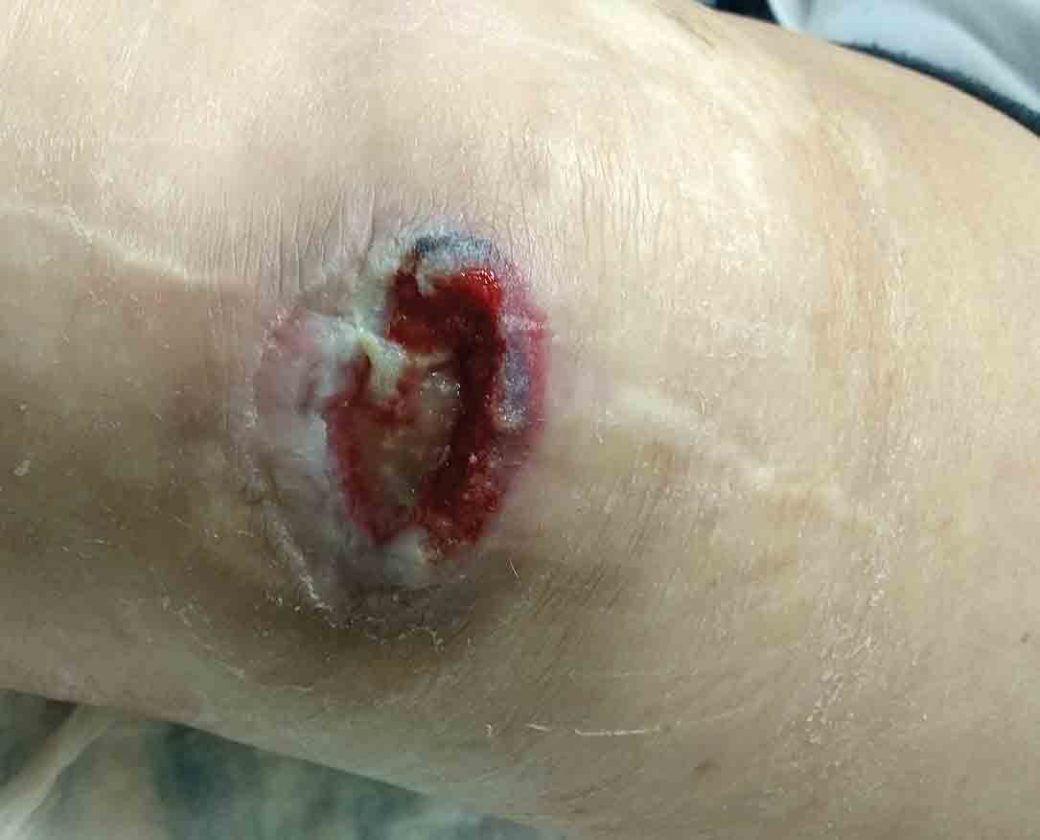 The graft surgery took place on her birthday.

“This is the best birthday gift I could have gotten,” she said. “God did good on this.”

Placental tissue is similar to stem cells, a sort of blank canvas that adapts the attributes of the tissue surrounding it. In this case, it became identical on a cellular level to Balachowski’s skin, growing over the wound area and covering it with fresh, healthy tissue. Because of its adaptive characteristics, there is no concern about graft vs. host condition — the body rejecting the foreign tissue — as there is with organ transplants.

The process has been in practice for several years but has become more common as success stories accumulated. It is becoming a more common practice for treating diabetic foot ulcers, which if not effectively treated can lead to amputation.

Jessica Peterson of Lifeline of Ohio, the state’s transplant acquisition network, said Lifeline began managing placenta donations in April 2019 and to date has recorded a total of 77 placentas from 75 donors (two of whom had twins). Four of those were received from Marietta mothers, she said. 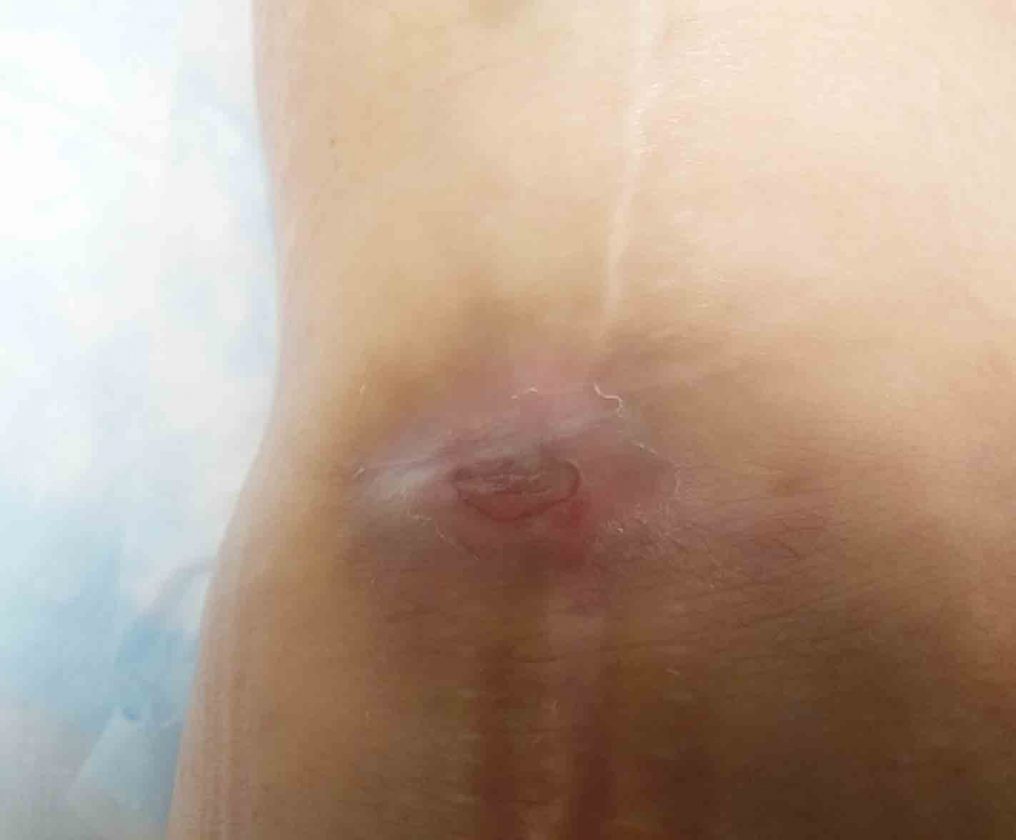 George Herrera is vice president of MTF Biologics, the firm that processes the birth tissue into grafts.

Herrera said the birth tissue — the umbilical cord, amnionic sac and chorion, together generally called the placenta — are gently separated and then washed.

“We carefully dissect, rinse and aseptically process it. It’s not sterilized because sterilization would destroy some of the rich biologic features,” he said. “Then the layers are brought back together and dried. It has the texture and appearance of parchment paper when it’s finished.”

The graft material can come in various sizes depending on what the physician requires. When it’s applied to the wound, the tissue re-hydrates itself and contours to the wound surface.

“The graft itself has really great features from its role in nurturing a baby, it’s anti-inflammatory, antimicrobial, all those properties are preserved, it creates a great environment for healing,” said Herrera.

The demand for such grafts is increasing, he said, and the tissue has particular benefits for diabetic ulcers and burn injuries — it doesn’t scar, he said, which is especially helpful for facial burns.

“It’s helping a lot of people, and we’re very proud of that, and glad to be working with Lifeline of Ohio,” Herrera said.

For Balachowski, the graft has made an enormous difference.

She had been going for wound care once or twice a week. Although she wasn’t in pain, with the nerves in her leg damaged by the injuries she sustained in the automobile accident 30 years ago, she has had mobility restrictions while waiting three years for the wound to heal. Now she looks forward to getting around better as the wound vanishes under freshly generated skin.

She also requires surgery for a hernia that is interfering with her breathing.

“They said they didn’t want to do the surgery while I had an open wound,” she said. Now, about six weeks since the graft, the wound is barely visible.

* Any pregnant woman who has a scheduled c-section is eligible to donate.

* The tissue is banked through Lifeline of Ohio.

* Each placenta can provide tissue for up to 25 procedures.

* For information, go to lifelineofohio.org/placenta