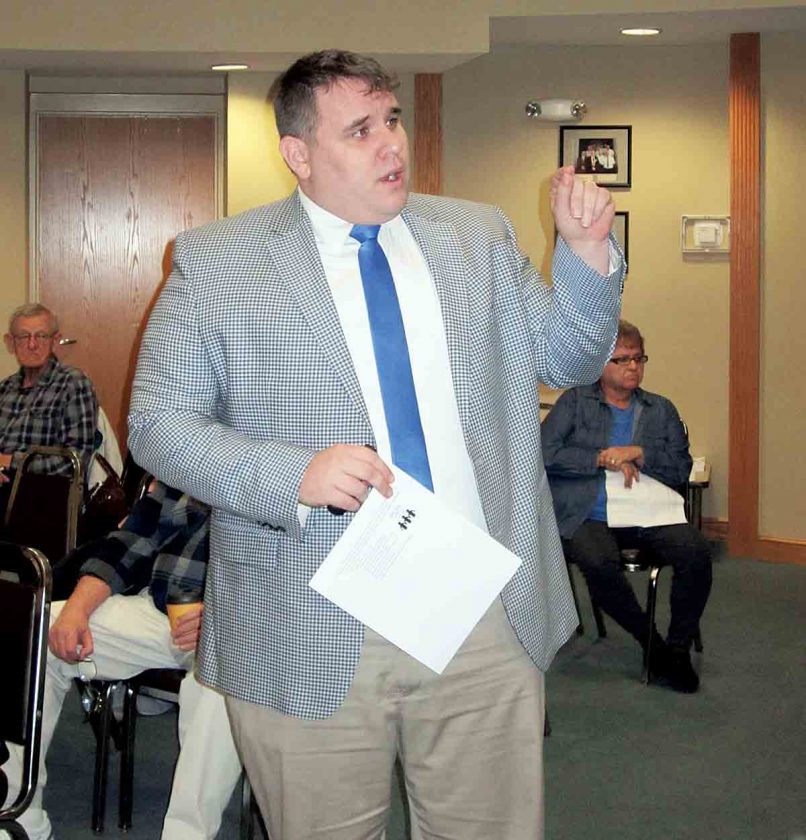 Council President Larry Martin said he made council’s committee chair and member assignments as best he could until the open at-large seat on council is filled.

Most of the council committees have new chairs, including Dave Ferguson with Finance and Audit, Tim Gant with Police and Fire, Penne Riffle with Streets, Sidewalks and Storm Sewers, Bill Locke with Planning and Zoning and Economic Development and Donna Miller with Rules.

Elmer Lee Shutts was the only council member to keep his previous committee chair assignment with Parks and Recreation. Martin said the newly appointed council member will be chair of the Utilities Committee once it is filled.

Martin said the city’s Republican Executive Committee has 45 days from Jan. 1 to fill the vacancy.

Much of Monday’s council meeting featured a presentation to council by Belpre City Schools Superintendent Jeff Greenley regarding the school district’s “Portrait of a Graduate” program.

Greenley spoke with council last April about plans to seek public input to help guide a shift in curriculum for the school system. The objective is to better prepare Belpre students for the jobs of tomorrow. On Monday, he said that study has been completed and will go before the school board for consideration and possible implementation in February.

One of the things he wanted to do at Monday’s council meeting was update the city on the program. The goal of the program is to combine 21st Century skills with vigorous academic content to create deeper learning, Greenley said. He discussed the importance of communication to and by students in helping to facilitate learning and creativity.

In other business, the Finance and Audit Committee will meet at 6:45 p.m. Jan. 27, prior to the next council meeting.