Jim Musgrave, owner of the home on the right, was concerned about the impact on his house that is in proximity to the demolition. (Photo by Candice Black)

The Silas P. Smith opera house, built in 1900, was demolished Wednesday. The demolition was approved this summer by the Doddridge County Commission. (Photo by Candice Black)

Over the years, the opera house building served as apartments, a library and recently an annex to the Doddridge County Courthouse. (Photo by Candice Black) 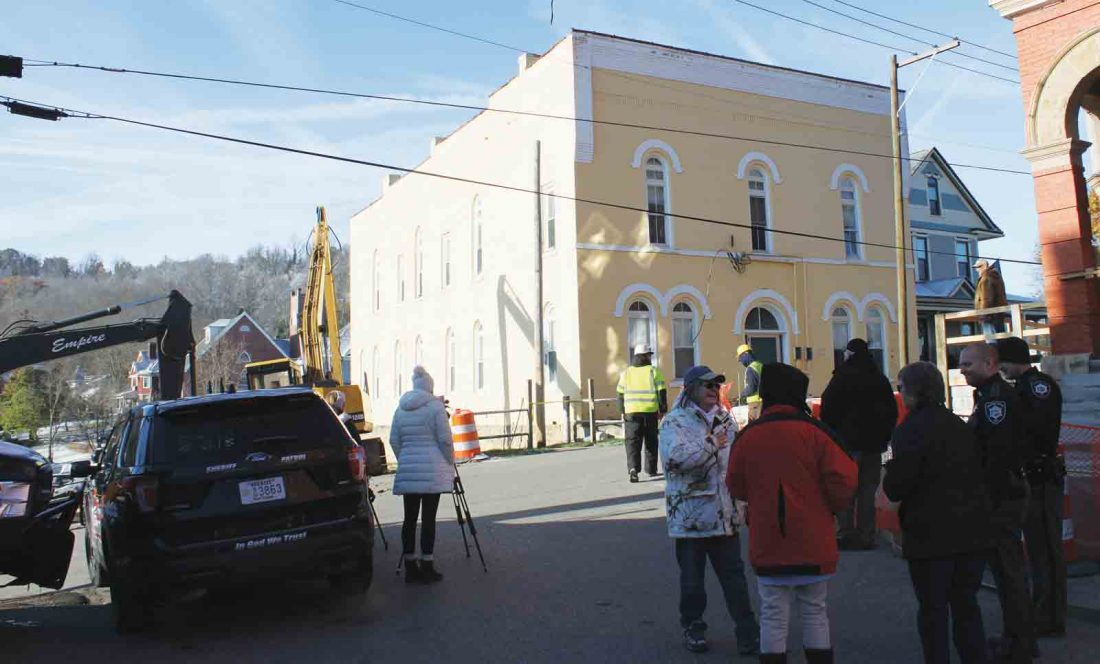 WEST UNION — The former opera house in West Union is now a phantom with its demolition.

The Silas P. Smith opera house, built in 1900, was razed on Wednesday, its demolition approved by the Doddridge County Commission this summer.

An architect from Thrasher Group in Beckley determined it would be more cost efficient to demolish the building as opposed to preserving the facade, an exterior wall of the structure or building on top of it.

Doddridge County Commission President Ronald Travis said the bricks are old and there’s a presence of mold and mildew in the building.

“It’s unsafe for people to be in and we think it’s the time that we move on and make some better upgrades to the county,” Travis said. 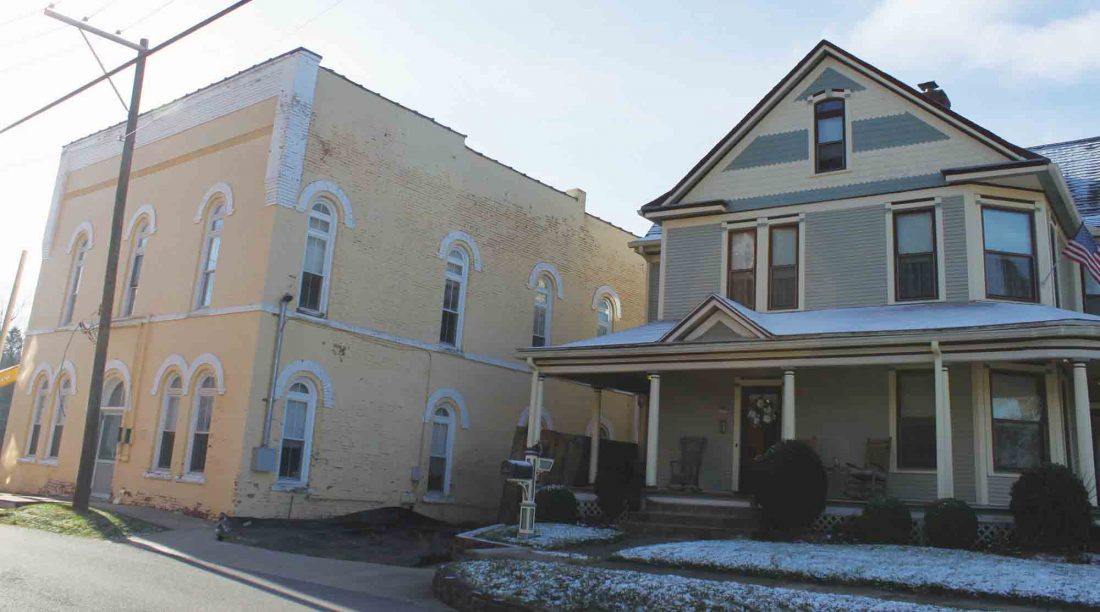 Jim Musgrave, owner of the home on the right, was concerned about the impact on his house that is in proximity to the demolition. (Photo by Candice Black)

The demolition was a cause for concern for Jim Musgrave, a member of the Chamber of Commerce. His home is next door to the building and he was concerned what the demolition would do to his home.

His concerns were brought to the commission.

“Basically I just wanted them to provide me with proof of insurance from the contractor that my property would be covered for liability,” Musgrave said. “I asked them to basically say they would be responsible for my property if anything happened.”

Musgrave was served a paper Monday afternoon saying the construction company, Empire Builders in Parkersburg, would not be responsible for any property damages.

“I drafted up a letter yesterday evening and presented it to them in writing that yes they are going to be responsible,” Musgrave said. 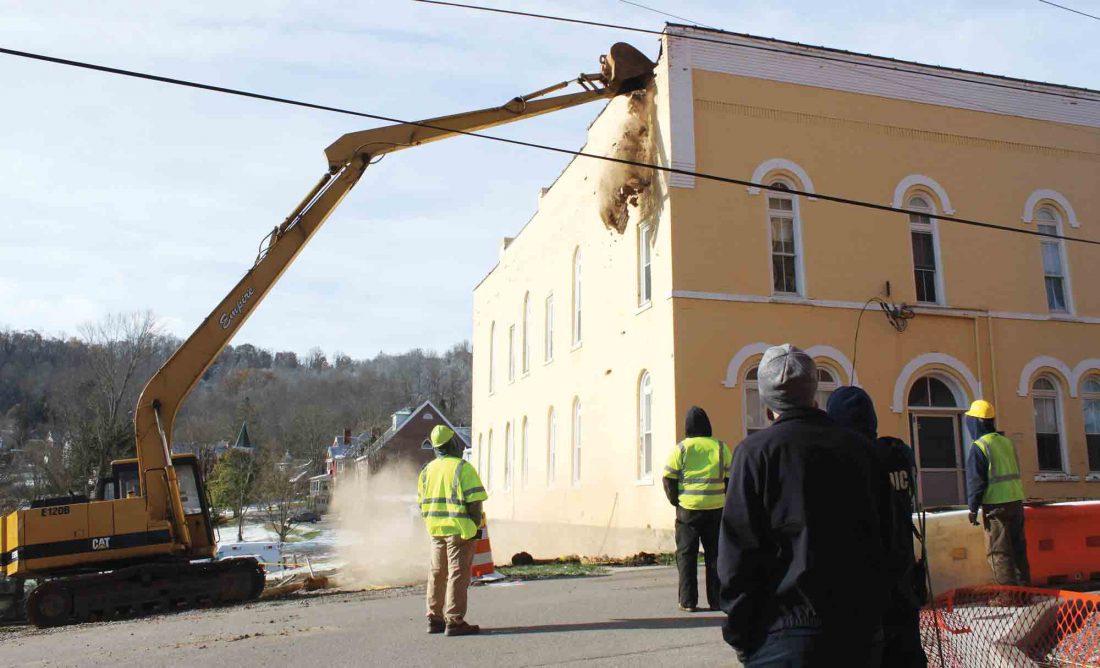 The Silas P. Smith opera house, built in 1900, was demolished Wednesday. The demolition was approved this summer by the Doddridge County Commission. (Photo by Candice Black)

Travis stood by the work of Empire Builders.

“Empire is one of the best ones to do it,” he said.

Boards were installed against the porch of the home and mulch was laid down in the alley between the opera house and the home to help cushion the fall of debris.

“We’re trying to do everything we can to protect his house. We want to keep his old house safe,” Travis said.

The building was most recently used as an annex to the Doddridge County Courthouse since the county took it over in 2015. 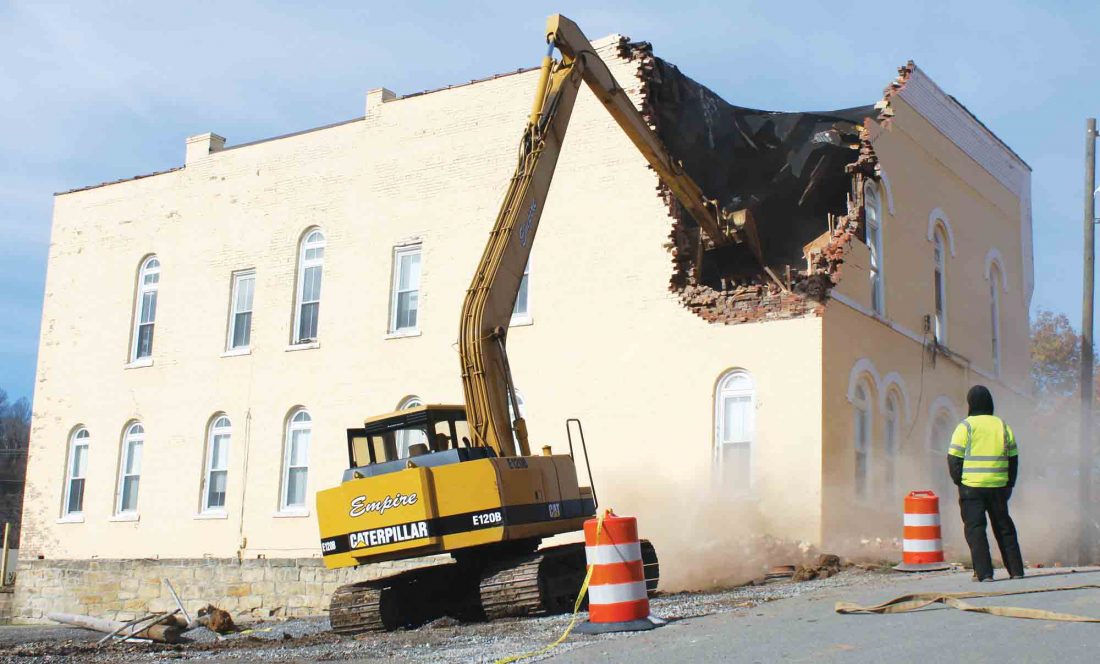 Over the years, the opera house building served as apartments, a library and recently an annex to the Doddridge County Courthouse. (Photo by Candice Black)

“The truth is, the value of our heritage and our historic landmarks have not yet been adequately highlighted and promoted in this county,” Patricia Harris, president of the Doddridge County Historical Society, said.

Others believe tearing down historic buildings could potentially decrease the amount of tourists in the area.

“Fortunately, the current trend is for the entire community to embrace the historical aspects of their unique downtown building architecture and to showcase historic homes,” Rose Musgrave, Musgrave’s wife, said.

“People will drive miles to visit quaint antique shops, pubs and local artisans in historic areas. Shiny, new modern buildings do not have the same attraction and will not stand the test of time.”

It is believed that when the economic boon from pipeline construction fades, the town may face an issue with incoming revenue.

“Once the influx of money from the oil and gas industry is gone, the county and town will need another source of income, and what better way than to capitalize on the historic aspects of West Union,” Rose Musgrave said.

Although there are disagreements all over the county, Harris said it was in the hands of the commission.

“The commission has a different vision for the county than we do and they are in control,” Harris said. “In short, they have the power to decide.”

A courthouse annex is in the plans to be built on the site of the opera house, Travis said.

“The three county commissioners want this county to grow,” Travis said. “We want to preserve history but it comes to a point you (have) to say enough is enough.”

It is hoped that the county can come together again and settle differences, Travis said.

“What we planned on when we get ready to build the new annex is make the front look similar to the old opera house,” Travis said.

A 3D model of the opera house will be displayed in the new annex building.

“We do appreciate the history of it but there comes a point where you (have) to move on. Times have changed in Doddridge County,” Travis said. “We need to move towards the future instead of (being) back in the past.”

Harris hopes that in the future, the county can come together to preserve as much history as possible.

“I would ask that when the next historical landmark is threatened, and you believe it should be saved, do everything in your power to make your voices heard,” she said.

Candice can be reached a cblack@newsandsentinel.com 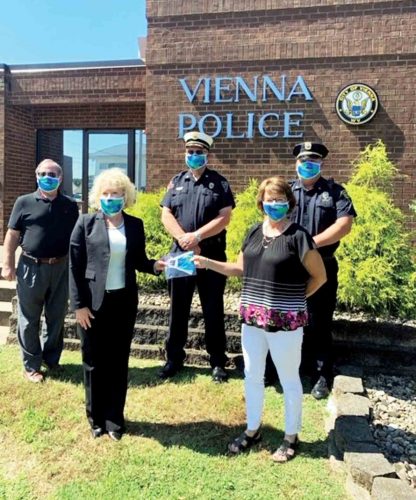