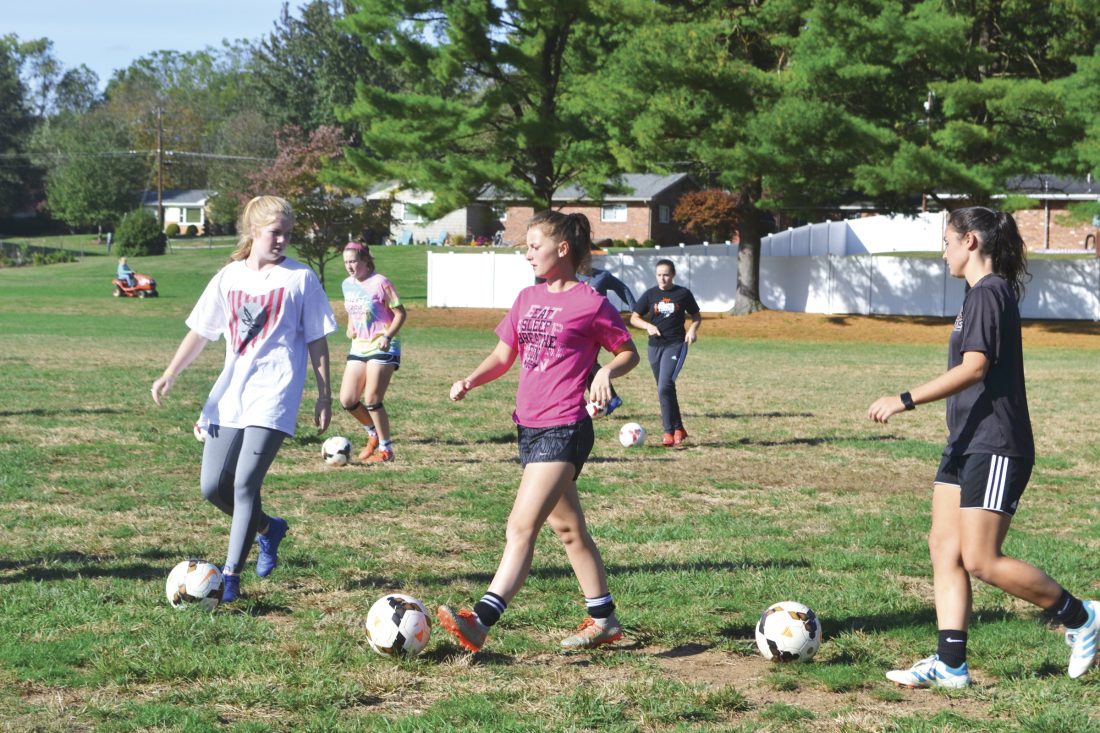 MARIETTA — It’s been seven weeks since she was bitten by a copperhead snake, but Gretchen Lankford said her life is back to normal.

Gretchen,16, and her cousins were hiking on Labor Day when she was bitten while on the blue trail near the white trail intersection in the Broughton Nature Preserve just outside Marietta.

She was rushed to Marietta Memorial Hospital, although it is unusual for doctors to have to handle snake bites.

“They knew to call the state toxicologists and poison control,” said Pamela Lankford, Gretchen’s mother. “They knew enough to call the experts.”

Lankford said the local emergency room doctor consulted with the experts right up until she was sent by ambulance to Nationwide Children’s Hospital in Columbus, where she spent the next four days. 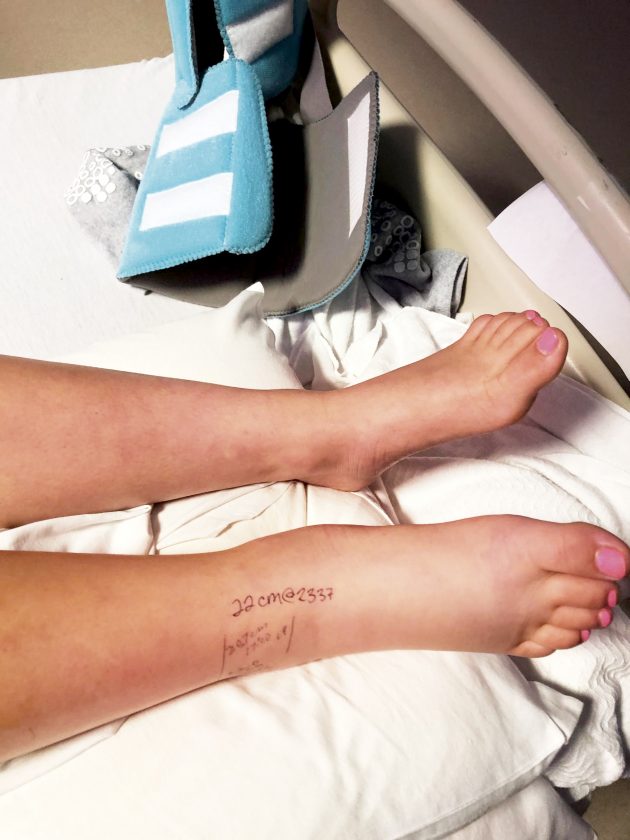 “It was three weeks before her bloodwork came back normal,” Lankford said. “She was having her blood drawn every two days.”

At four weeks, Gretchen was back on the soccer field, where she is now pain-free.

“I’ve been kicked numerous times,” she said. “I figured if I could play soccer, I was fine.”

According to the Centers for Disease Control and Prevention, about 8,000 snakebites happen in the U.S. each year.

The Ohio Department of Natural Resources reports that snakes are most active between April and October. Copperheads are one of three venomous snakes found in Ohio, and they are the most frequently encountered venomous snake.

Their young are hatched between August and mid-September.

“In general, they are cold-blooded, so they are more active when it’s warmer,” said John Windau, communication manager for the Division of Wildlife.

The other two venomous snakes found in Ohio are the timber rattlesnake and the Massasauga snake, Windau said.

Gretchen said her ordeal hasn’t scared her off hiking the trails.

“No, I’d do it again, but I’d wear higher boots,” she said. “Probably not during copperhead season.”

While snake bites can be fatal, it wasn’t something Gretchen and her mom thought about.

“It was sort of a surreal dream,” she said. “People were like, ‘were you scared to death’?’ But it was just so surreal. Something just can’t be happening. This is just so bizarre. It can’t be real.”

She said people ask if she freaked out about it, but she said once they knew it wasn’t fatal, she was OK and knew they could treat it.

“All’s good. You can’t even tell,” Lankford said of the snake bite.

Gretchen wasn’t the only local resident who had to be rushed to Columbus after getting bitten by a snake.

Marietta City Councilman Steve Thomas said he was bitten by a timber rattler two weeks ago and is still feeling the effects.

“I’m still having problems where the thing bit me. It’s in the muscle and it’s caused muscle cramps in my legs,” he said. “I’m on medication for that right now. It was an experience, I’ll tell you that.”

Thomas and his wife were camping near Senecaville at the Buffalo Hills Campground when he was bitten.

“It happened so quick I didn’t have time to react,” he said. “I didn’t know I was bit, but I saw two holes in my leg. It didn’t bleed much, so the doctors were concerned about that.”

Once he noticed the holes in his leg, he walked over to a neighbor’s trailer, who confirmed it was a snake bite. He said Senecaville doesn’t have an EMS squad, so his wife rushed him to the Southeastern Ohio Regional Medical Center in Cambridge.

“They had a small amount of the antivenom, but they didn’t have enough,” Thomas explained. “They were going to keep me there overnight, but the doctor had no experience with snakebites. They had to call poison control to even know how to use the antivenom. The doctor had just come to Cambridge from California.”

He said they gave him four units of the antivenom in Cambridge, as it was all they had. Antivenom has a short shelf life and is expensive to keep replacing.

“They usually only use one for a snake bite. I feel pretty lucky thanks to my wife for getting me there quickly,” he said.

By the time Thomas got to the Cambridge hospital, his heart rate and blood pressure were both down.

“My blood pressure was down to 63 over 45 or 46. My heart rate was 42,” he said. “That was pretty scary. I’ve had a couple of strokes and they were concerned about that too with the antivenom and stuff.”

He had to receive so much antivenom because of the size of the snake. He explained that bigger snakes lock in with their fangs and release the venom a little at a time.

“The babies release it all at once,” he added. “The one that bit me was about six or eight inches long and no bigger around than a marker. It was pretty deep in the tissue. The small ones are three times stronger than the large ones.”

Windau said timber rattlers are unusual in this area.

“We have no report of timber rattlers that far north,” he explained. “It is very unlikely that it was a native timber rattlesnake. I can’t say if it was a different species.”

He said they are more often found in southern Ohio counties such as Pike, Scioto, Adams or Vinton.

For Thomas, being bitten by a venomous creature is a familiar experience.

“I’ve been bitten by a recluse spider before and the snake bite was more painful,” he said. “It was a small spider, but that snake bit me and I jumped– it bit me that hard.”

Once the doctors in Cambridge noticed he wasn’t getting better, they sent him by ambulance to Grant Medical Center in Columbus.

“Grant in Columbus is about the only one around here that deals with snakebites,” Thomas said. “They put me up there and kept me overnight and most of the next day to make sure my bloodwork was OK and to make sure the venom was out of my system.”

The doctors at Grant checked the venom and said it was rattlesnake venom.

“It’s been a pretty painful two weeks,” he said. “I went back up on Monday to see the trauma doctor and they prescribed muscle relaxers.”

He said the hospital told him they have seen more snake bites than usual this year.

“I was the fourth one that Grant treated with a snake bite this summer,” Thomas said.

* After seven weeks, Marietta resident Gretchen Lankford has recovered from being bitten by a copperhead snake.

* Snakes are most active between April and October.