Photo Provided Willa and Larry Yost will be speaking at a Parkersburg church on Sunday.

“Dared to Live,” a memoir by Larry Yost.

Photo Provided In 1976 in Southern Mexico, Larry, Sherri, Jonathan and Willa Yost at a Jungle Camp.

Photo Provided In 2017 in the South Pacific. YPA Founders Board, TITIP Administration and Staff with Larry and Willa Yost, as consultants. 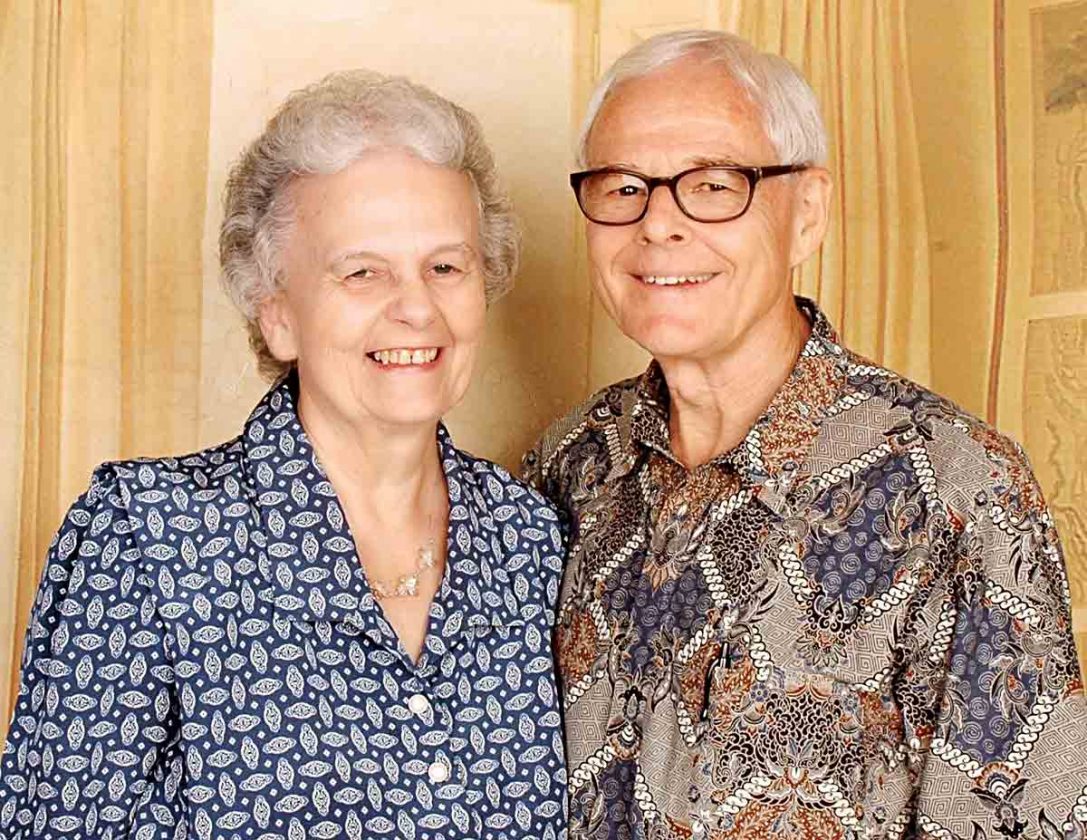 Photo Provided Willa and Larry Yost will be speaking at a Parkersburg church on Sunday.

PARKERSBURG — Larry and Willa Yost traveled the world for over 43 years helping others after leaving Parkersburg in 1972.

In 1975, the Yosts became members of Wycliffe Bible Translators and have served on South Pacific islands and all continents except Antarctica. They have visited over 300 cultural and language groups on these travels.

Larry, 80, describes his experiences across the globe in his memoir “Dared to Live,” which his daughter Sherri Yost Tobias helped him write. Larry has worked as an international community development consultant and trainer.

The Yosts, former members of St. Andrews UMC, will be honored by a luncheon after the service at 11:30 a.m. Sunday. Larry will sign copies of his new book. Everyone is invited to the luncheon. 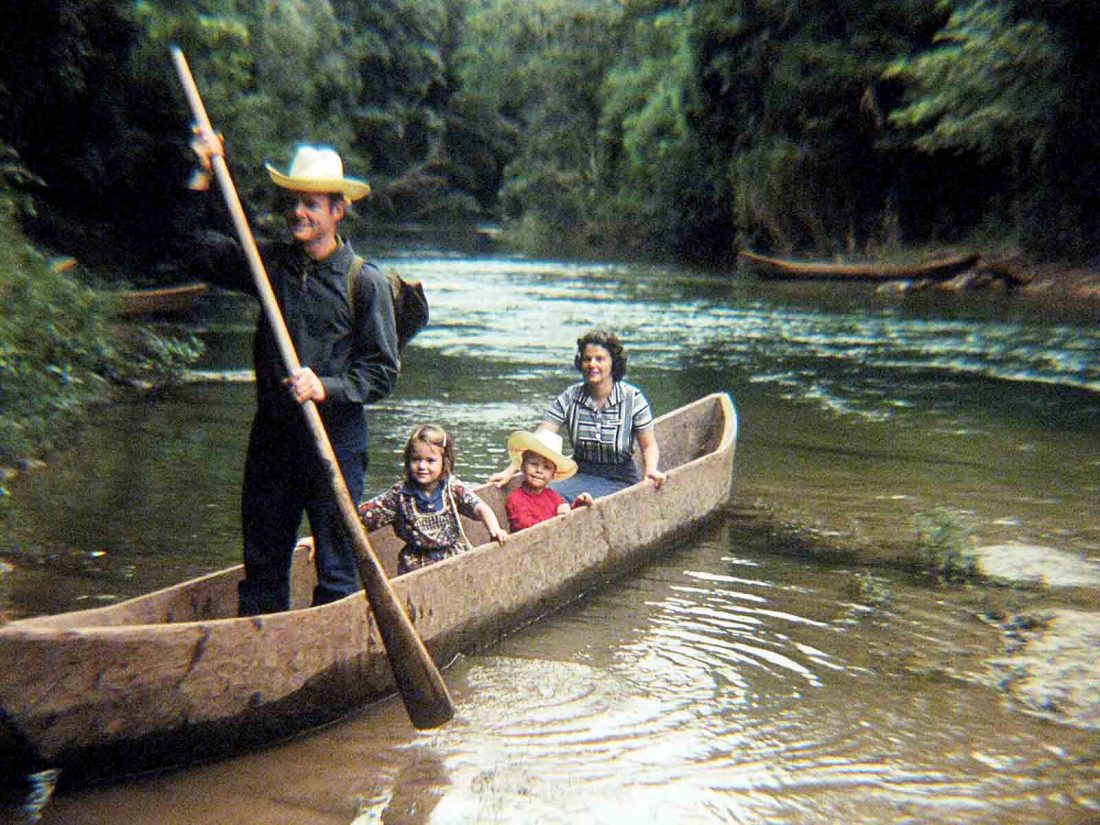 Photo Provided In 1976 in Southern Mexico, Larry, Sherri, Jonathan and Willa Yost at a Jungle Camp.

The Yosts arrived in Parkersburg in 1967. Larry worked for the West Virginia University Extension Parkersburg Area office. Willa taught math at Van Devender Junior High School for one year, taught homebound students for a year or two and later worked as a librarian for the WVU Parkersburg Center. They moved to Morgantown in 1972.

The Yosts expect to retire from active membership in Wycliffe Bible Translators later this year and will live in Core, W.Va. Larry wants to return to farming in his native Core.

As Sherri was helping her dad write his memoir, she concluded that he had had many death-defying experiences and yet he had “Dared to Live.” So “Dared to Live” became the title of his memoir.

The book cover states: “When fourteen-year-old Larry Yost took the dare to follow Christ in 1953, he had no idea that choice would take him from the hills of West Virginia to the ‘ends of the earth.’ Spanning eighty years, Dared to Live is the story of one man’s unexpected adventures while pursuing Christ in all areas of life — physically, spiritually, socially and mentally.”

“The greater the challenge, the more Larry was motivated. Dared to Live has humorous, nail-biting, moving, and profound moments. It was hard for me to lay it down,” said Vick Halterman, Agriculture and Community Development specialist. 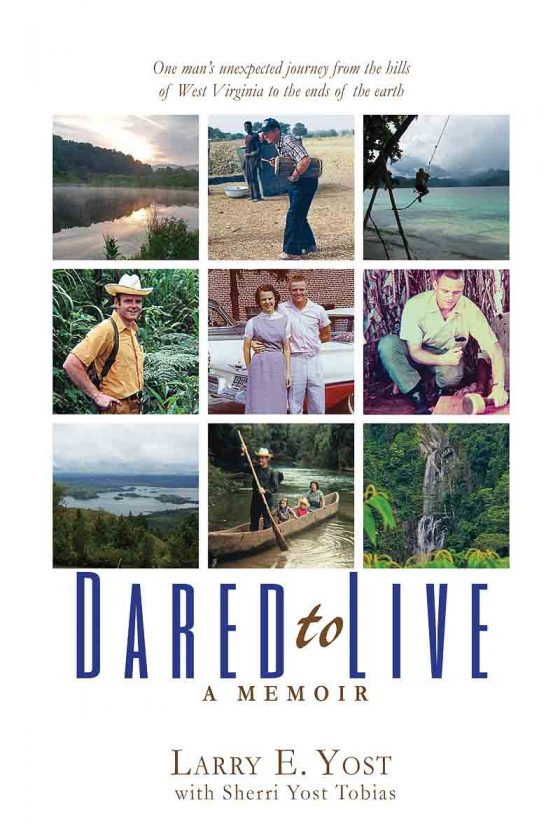 “Dared to Live,” a memoir by Larry Yost.

The Yosts describe a theme of their lives as “whole-person development,” involving the head, heart, hands and health.” They have trained trainers or taught others who can teach others.

“Though we have served with Wycliffe Bible Translators for over 43 years, we are not translators ourselves. Rather, we have been trainers and community development consultants helping translators as they work with various language communities in the world,” the Yosts said.

“Also, we have taught undergraduate and graduate-level university courses in Training Across Cultures, Intercultural Communication, Interpersonal Relations and Community Development for Wycliffe personnel,” they said.

For the past 20 years, the Yosts have worked with the TITIP training program on a South Pacific island, training young men and women to transition successfully to higher education in their home country or abroad and/or to careers or ministry.

They have followed the practice of training others to do “whatever we are doing. At this point in time, 99% of the administrators and staff of TITIP and its sponsoring organization YPA are alumni of the TITIP training program.” 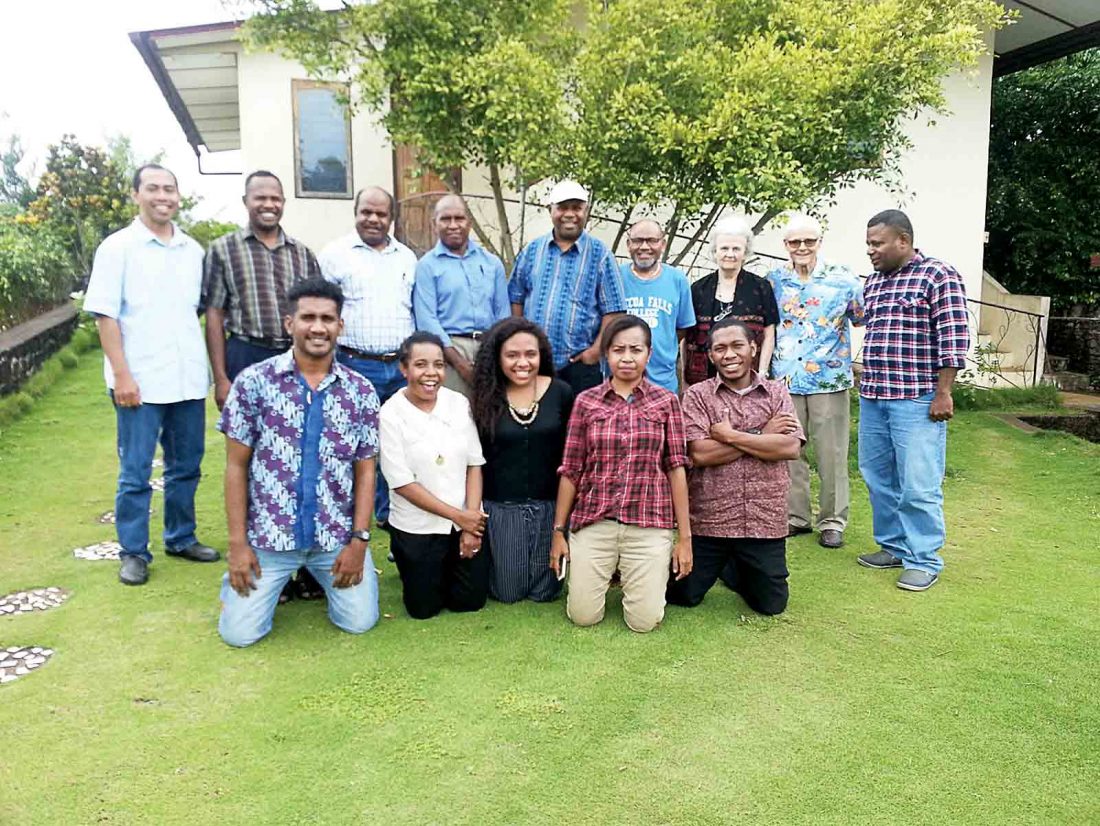 Photo Provided In 2017 in the South Pacific. YPA Founders Board, TITIP Administration and Staff with Larry and Willa Yost, as consultants.

Larry and Willa both graduated from West Virginia University with Bachelor’s degrees. Larry completed his Ph.D. in International Agricultural Development at the University of Maryland. Willa has a master’s degree in Secondary Education with Library Science as a Field from WVU and a Ph.D. in Adult/Continuing Education from East Texas State University.