Rucker: Omnibus bill should be brought back in special session 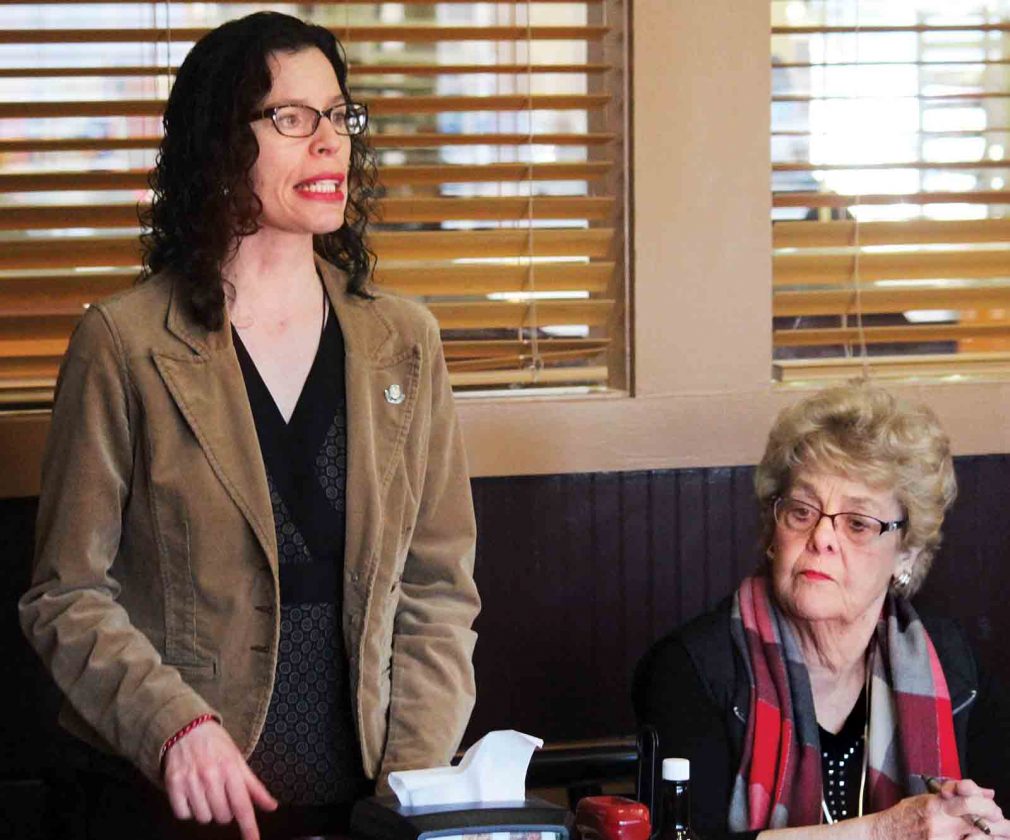 PARKERSBURG — The chair of the West Virginia Senate Education Committee says she plans to bring all of the items in the defeated education omnibus bill back to the table during the upcoming special session.

Rucker spoke briefly on the history of Senate Bill 451, a wide-ranging education reform plan which included charter schools and education savings accounts, as well as a pay raise for teachers and school service personnel.

The bill was opposed by education and service personnel groups who argued many aspects of the bill would weaken public education and were included with the promised pay raise as retaliation for a statewide school employees walkout in 2018 that lasted nine days. In February, teachers and service personnel went on strike for two days until the state House of Delegates voted to table SB 451, effectively killing the bill.

A later bill to give pay increases to teachers, service personnel and state troopers died after the Senate refused to take up the bill before the end of the session.

Rucker, who helped draft the original SB 451, said Friday she believes the revised bill sent by the Senate to the House should be brought back for consideration during the special session.

“I can only speak of myself. There has been no planning or discussion in terms of the Senate leadership,” she said. “I know for myself, the amended version of 451 that we sent to the House which they tabled, I liked everything that was in that amended version. I don’t want to back down on any of those provisions. I’m sure they’re all going to be back on the table.”

Rucker has been a steadfast supporter of charter schools and Education Savings Accounts. The former school teacher has homeschooled her five children and said she wants to see more local control of school systems and more choices for families.

Rucker said she believes charter schools will not only improve academics for students who attend those schools, but also for schools throughout the state which can learn from best practices and improve their own performance.

Rucker said she believes that a lack of accountability and competition have caused public schools to stagnate rather than improve.

Friday’s message including a call to action for those who support education reform and oppose the education unions.

“We need input from citizens. What’s going to make a difference is if you guys show up to your superintendent and your school boards and you demand that they support reform and accept reform,” she said. “They need you to back them up so that they can stand up to the unions. It’s one of the things that is keeping us behind: Everyone is so afraid of making the unions angry. You can see how the unions react, how they call names, how they attack us and our ideas. Nobody wants to face that, but guess what? If we’re going to actually change things, we need to.”

Sen. Mike Azinger, R-Wood, who has been a vocal supporter of SB 451, attended Friday’s meeting and said Senate Republicans will continue to push for education reform.

“We’re not done. We’re not backing down,” he said.

“Education is hard to reform,” Rucker said. “I do not believe it is impossible.”