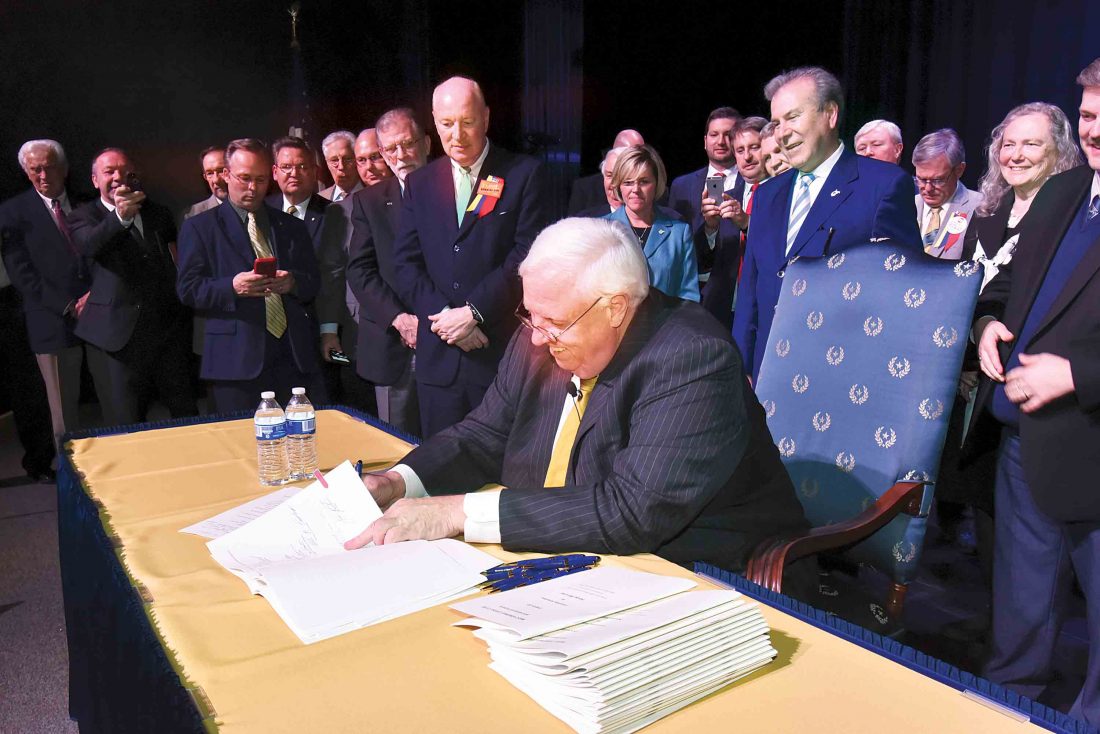 CHARLESTON — Despite both having more work to do, the work of the task force looking at state employee health insurance and the commission looking at higher education appear to be done unless Gov. Jim Justice breathes new life into these committees.

Both the Blue Ribbon Commission for Four-Year Higher Education and the Public Employees Insurance Agency Task Force were slated to wrap up their work in December. Both had planned to keep meeting past their mandate and even held meetings in the beginning of January.

Yet, both went dark for the remainder of the 60-day legislative session that started Jan. 9. Several bills based on recommendations to both groups were introduced, though very few passed.

Dale Lee, the president of the West Virginia Education Association, was the only person appointed to sit on both the PEIA Task Force and the Blue Ribbon Commission. He said he has not heard whether either group will continue, but he hopes they will.

“Absolutely for PEIA and I would think there is a need for the Blue Ribbon Commission to continue,” Lee said. 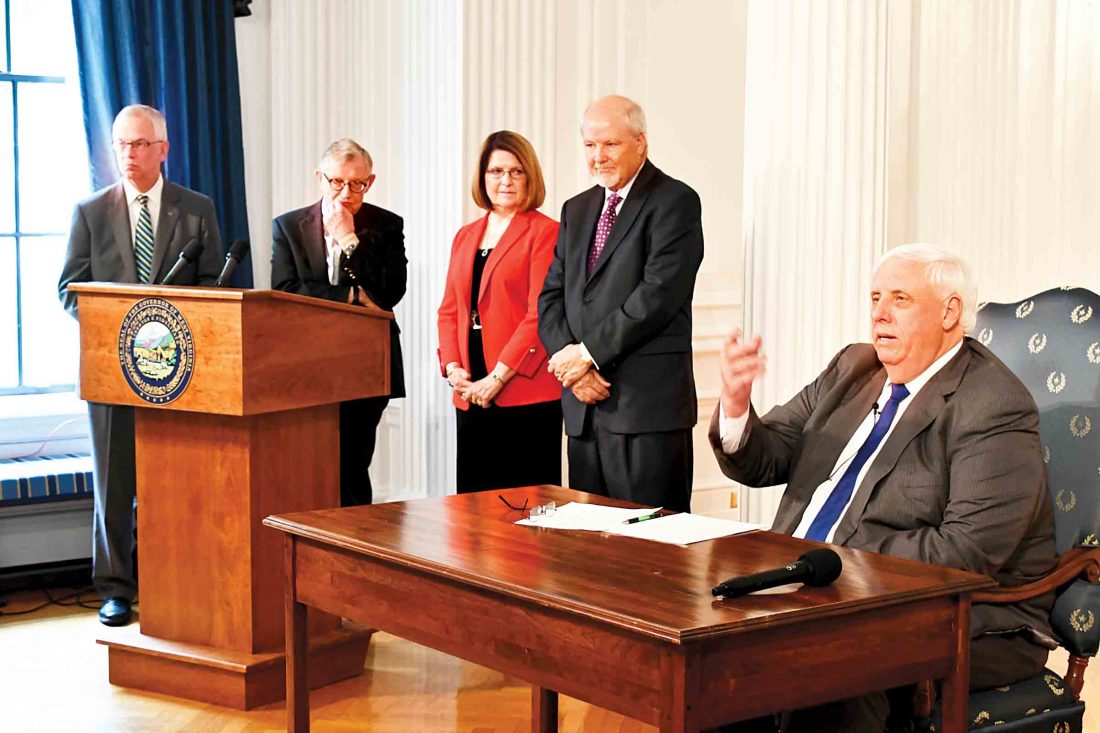 The PEIA Task Force was formed after a 10-day strike by teachers and school service personnel last year. The educators rallied Feb. 22, 2018, to March 7, 2018, for an increased pay raise and for a permanent funding solution for PEIA.

Lawmakers approved a new pay raise from 1 percent to 5 percent for all state employees paid through the general revenue budget. Justice froze PEIA premium and coverage levels, and the Legislature put another $30 million into PEIA. Justice also formed the PEIA Taskforce by executive order to look at long-term fixes for PEIA with a December 2018 deadline to submit a report.

Between March and December, the task force held public hearings around the state along with surveys to get feedback from public employees. A number of recommendations were adopted by the task force, including changes to coverage for state employees living in border counties.

The PEIA Finance Board approved the task force’s plan as originally proposed by Justice. The entire package will cost $9.8 million to implement starting fiscal year 2020. During its December meeting, Justice Chief of Staff Mike Hall said Justice expected the task force to continue its work.

“I was under the impression it was going to keep going on too,” Lee said. “I would hope that they would reconvene us as a task force to allow us to finish our work. The task force was established to find a long-term solution for PEIA. We need to go back to the drawing board.”

The Legislature also approved a recommendation from Justice to put $105 million in a PEIA Rainy Day Fund for long-term stabilization. But even with that funding and recent surpluses generated by PEIA, the plan will need between $50 million and $100 million in additional funding by fiscal year 2021.

The Blue Ribbon Commission for Four-Year Higher Education was created by an executive order by Justice in July. It was charged with looking at funding for colleges and universities, eliminating inefficiencies, ensuring smaller institutions remain stable and reforming the Higher Education Policy Commission.

The commission held multiple meetings between July and December and voted on several recommendations, such as a short-term funding model to more fairly distribute state funding between the colleges and universities. But much of the focus turned to dismantling the HEPC completely and replacing it with a new service-oriented agency.

December came and went with no final report, with the commission asking for more time to complete a proposal and draft legislation to scrap the HEPC. Despite one meeting in January, a final proposal was never received, though a month later a bill would be introduced to replace the HEPC with an Office of Post Secondary Education. The bill was never taken up.

In a statement a few weeks ago, E. Gordon Gee, president of West Virginia University and the Blue Ribbon Commission co-chairman, said the commission would continue.

“We do expect that the commission will continue its work in collaboration with the Legislature and the governor to continue to consider options to improve higher education,” Gee said.

“I haven’t been told one way or another,” Farrell said. “Obviously I’m a member, but we’ve had no communication from the chair regarding a resumption.”

Lee also hasn’t heard whether the Blue Ribbon Commission will continue, but he said there are still unanswered questions about how to make higher education affordable for families.

“We’ve gotten some correspondence from President Gee, but it doesn’t say anything about an additional meeting or anything,” Lee said. “I would think there are still some unanswered questions in at least my mind on how to make things even more affordable for kids and how to make it easier for students to get credit while they’re still in high school to help defray the cost.”

According to the governor’s office, costs associated with the PEIA Task Force totaled more than $10,000 for travel reimbursements and meeting room rentals. The governor’s office did not track the expenses of the Blue Ribbon Commission. Officials said they would keep the public informed if and when these committees meet again.

“No meetings are currently scheduled for either the PEIA Task Force or the Blue Ribbon Commission,” said Jordan Damron, assistant legal counsel for the governor. “If a public meeting for either of these groups is scheduled in the future, we will be sure to alert the public and the media through the appropriate channels at that time.”