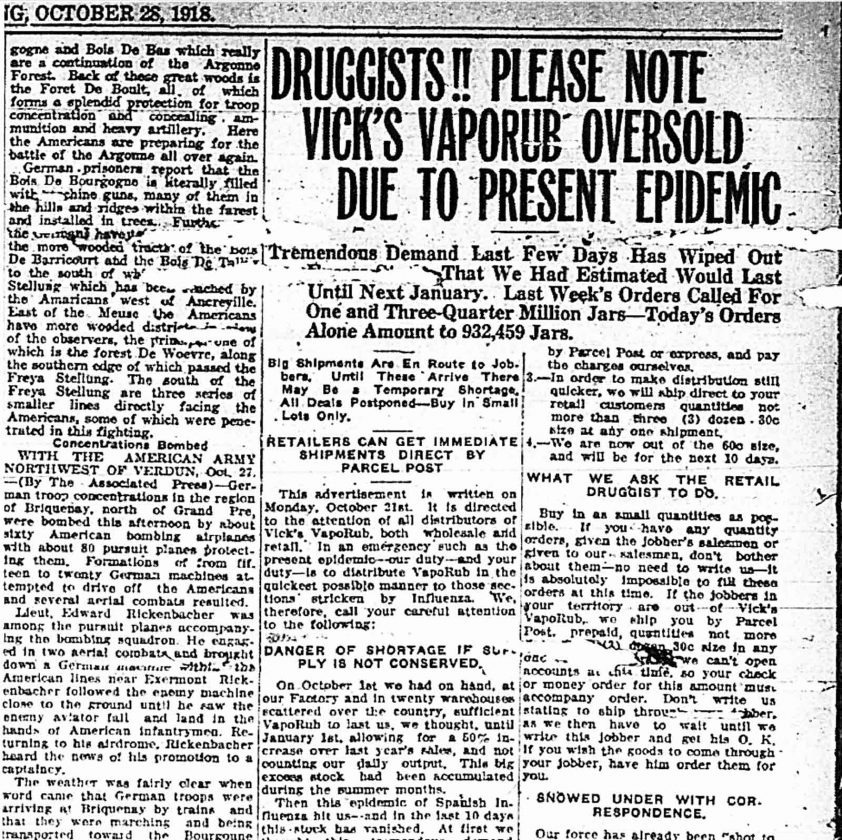 PARKERSBURG — People today are arguing about the same things about the pandemic that they argued about during a plague 100 years ago, according to an historian who researched local newspapers during the Spanish Flu pandemic of 1918-19.

Businesses wanted to reopen and people were tired of the lockdown, Roger Nedeff said.

Nedeff wrote an article about the pandemic from a century ago for the Wood County Historical and Preservation Society.

The Spanish Flu pandemic has many similarities to the COVID-19 coronavirus pandemic of today, he said. The response was a shutdown in Parkersburg, Nedeff said.

“They just put a lock on the town. They locked everything down. Closed everything up,” Nedeff said. “They made up the rules as they went along.”

During the shutdown, businesses asked customers to continue shopping at their stores either by calling or mailing orders, he said. Today, the orders are made over the internet.

The Spanish Flu arrived in the area, in force, around September 1918, Nedeff said. According to his research, of the 168 deaths between September and December recorded by the Board of Public Health, about half were attributed to the pandemic.

Doctors early in the process said the deaths were from the grippe, an archaic term for the flu, but by October were using the term influenza or Spanish influenza, he said.

Several major differences between today and a century ago, too, besides the obvious differences from advances in medicine over the last century, Nedeff said. In 1918, people didn’t have stimulus packages, food banks or other aid, he said.

‘Back then they didn’t have unemployment insurance,” he said.

The first flu death reported was in August 1918, Nedeff said.

Numerous articles appeared in The Parkersburg News about the pandemic starting around September, Nedeff said. Many appeared, as did the deaths, in October and November.

Things started to slow down around February 1919, Nedeff said.

While today, the reopening of businesses and society is gradual, it wasn’t that way in 1918, Nedeff said. Everything opened all at once on Nov. 11, 1918, he said.

It coincided with the end of the war, Nedeff said.

“Everybody poured out into the streets in Parkersburg,” Nedeff said.

But like today, as cases of COVID-19 have increased since the protests and reopening, they also increased in 1918.

“I see that parallel with today,” he said.