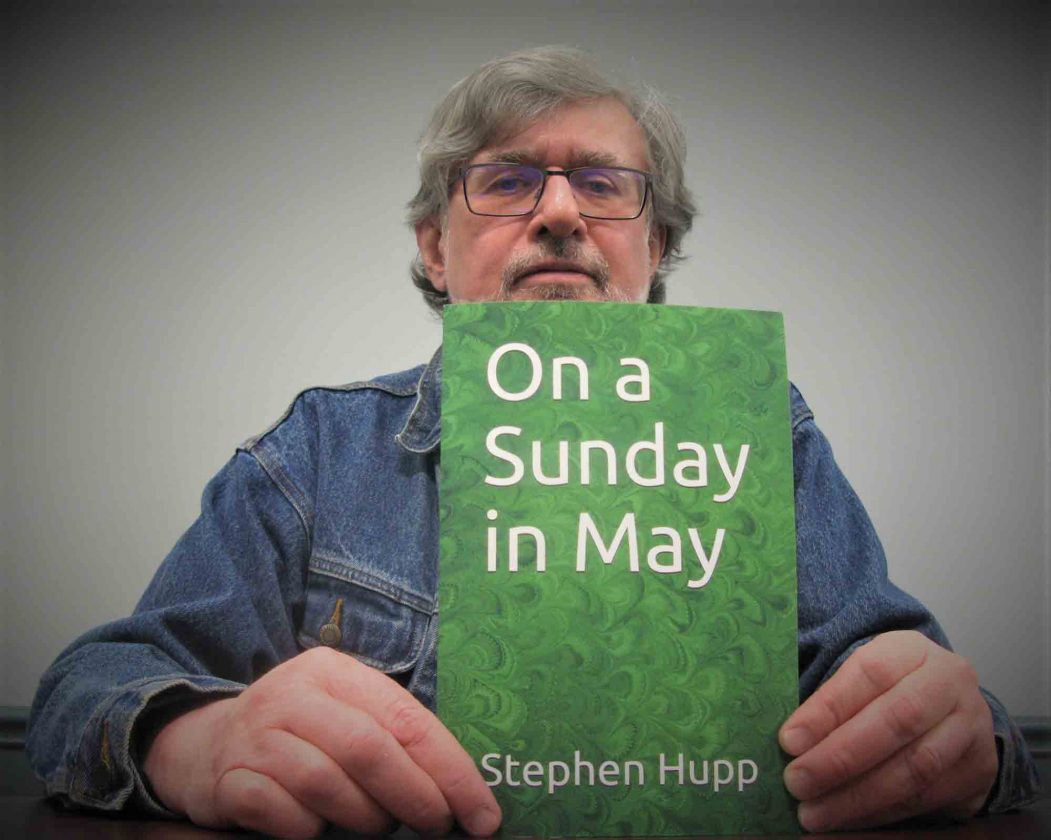 “On a Sunday in May” is the fifth novel by Stephen Hupp, the library director at West Virginia University at Parkersburg, and is set in the world of auto racing. It is available at amazon.com. (Photo by Jess Mancini)

PARKERSBURG — A Parkersburg man penned his fifth novel, this one set in the world of auto racing.

“I’ve been interested in cars and racing since I was kid about 10-years old in the 1970s,” Hupp said.

He’s never raced or gotten involved in the sport, which compared to other sports and activities is expensive, Hupp said.

The book is a sequel to Hupp’s first novel, “Born to the Breed,” which was about Marty Dodd. Dodd aspired to be a driver in NASCAR, but his parents had other career plans for the want-to-be racer.

Dodd and car owner Roland McCarthy return in “On a Sunday in May” with several new characters, Hupp said.

The characters, composite personalities of people Hupp has known, include the Italian driver Teo Valla and the American racer Logan Collins.

The stories are fictional accounts of the three races, but are based on actual events in history, Hupp said.

“Readers who are knowledgeable about racing will pick up about what races I’m talking about,” he said.

The book is written from the perspective of the radio communications between driver and crew and from broadcast commentaries, Hupp said.

“There is some narrative in the stories giving background of the characters,” he said.

Hupp also is in discussions with West Virginia book stores about stocking “On a Sunday in May.”

Hupp is the director of libraries at West Virginia University at Parkersburg. He plans to continue writing, but is taking a break for the next month before starting on his next book.

In addition to “On a Sunday in May” and “Born to the Breed,” his earlier writings are “Daughter of the Valley” and “Wings in the Night” that are set in the Mid-Ohio Valley and “Of Gods and Spirits.”

All publications are available on Amazon.