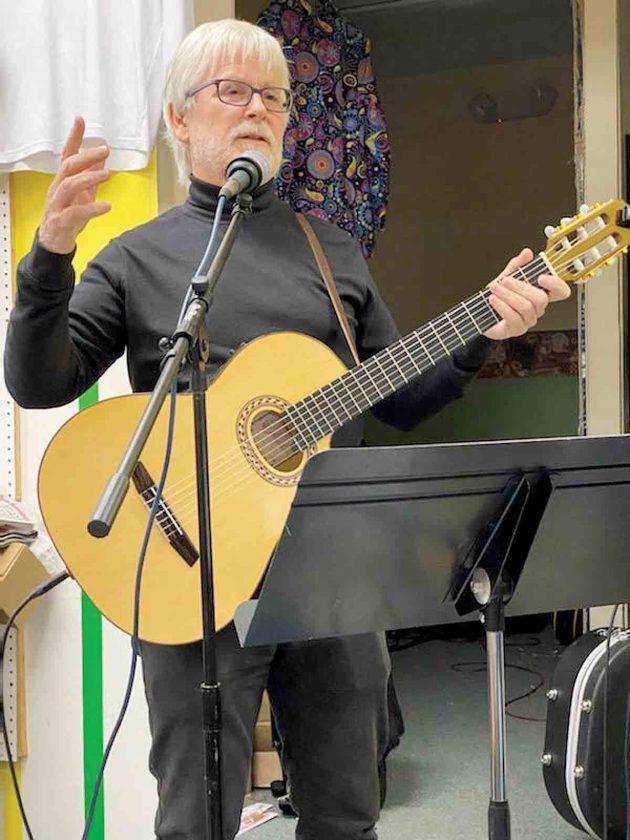 The album is available at Gallagher Music, through Spotify, Apple Music, Amazon, iTunes and most digital platforms in the Jazz/Pop category.

“This is the album I have always wanted to make,” Strimer said. “I have had the opportunity to meet some great Tin Pan Alley songwriters like Sammy Cahn and Gerald Marks during my time in New York City. I always had a dream to one day write in this style, but it took years of serious study to gain enough of a musical vocabulary to even begin the process.”

Strimer studied music at New York University, took many classes at The Nashville Jazz Workshop, and studied guitar and voice. Although he has been writing songs for over 40 years, Strimer said his big breakthrough for this album came when he took jazz songwriting classes with Lori Mechem at NJW. 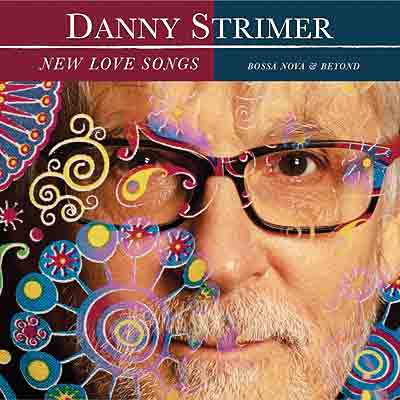 This experience opened him up to the Great American Songbook and he became focused on the Bossa Nova sounds of Carlos Jobim and Joao Gilberto, Strimer said.

“I have known Danny since the late 1960s and have always admired his guitar skills and vocals,” Gallagher said. Gallagher plays the guitar in the local bands Britain and Plan B and is a guitar instructor.

Gallagher and Strimer had never performed together in a band until they played for a Parkersburg High School class reunion a few years ago in a band called The 71ders.

“In our younger days Danny played in the Pastels and Insured Sound” before playing in a band with Brenda Lee and later The Wulfe Brothers, Gallagher said. “Skipping ahead he moved to Nashville where he and Alan Miller became involved in songwriting and musical publishing working with the Mavericks and many other acts,” he said.

“It is quite obvious that he has put much thought, effort and skill into his songwriting and that he has learned quite a lot from his publishing work,” said Gallagher, a longtime musician.

Strimer also is skillful in his vocals and guitar playing, Gallagher noted. “I particularly enjoy his vast knowledge of chord structures. It is obvious that he has played a lot of jazz in his travels.”

Strimer said he started playing in bands from age 13 in Parkersburg. His first music-playing venue was in the City Park Pavilion.

At Parkersburg High School he studied drama with teacher John Lee and won the best actor award at PHS in 1971.

After high school Strimer left Parkersburg and became a traveling musician. He played guitar in a band for Brenda Lee from 1974 through 1976.

“I loved my hometown, but I had to go traveling to follow my dream as a musician. It is interesting that I was able to further fulfill my dream as a songwriter by returning home to the high school reunion in 2016,” Strimer said.

At the 2016 PHS reunion, Gallagher told Strimer he should send his Bossa Nova songs to David Grapes, another Parkersburg native, Strimer said.

“David decided to include my songs in his upcoming production of ‘Land of Dreams’ — an adaptation of “A Midsummer Night’s Dream,” Strimer said.

In 1982, Strimer said, he met the most important collaborator of his life in songwriting because of Bill Gelber, the son of Frank Gelber, the PHS orchestra teacher. Bill Gelber, who was back in Parkersburg that summer from New York City, told Strimer he should meet his friend Alan Miller, in New York, Strimer said.

Strimer said he is forever grateful to Bill Gelber for introducing him to Miller, a major lyricist partner in Strimer’s songwriting endeavors.

“Again, Parkersburg plays a major role in my life, even though I haven’t lived there since 1971,” Strimer said.