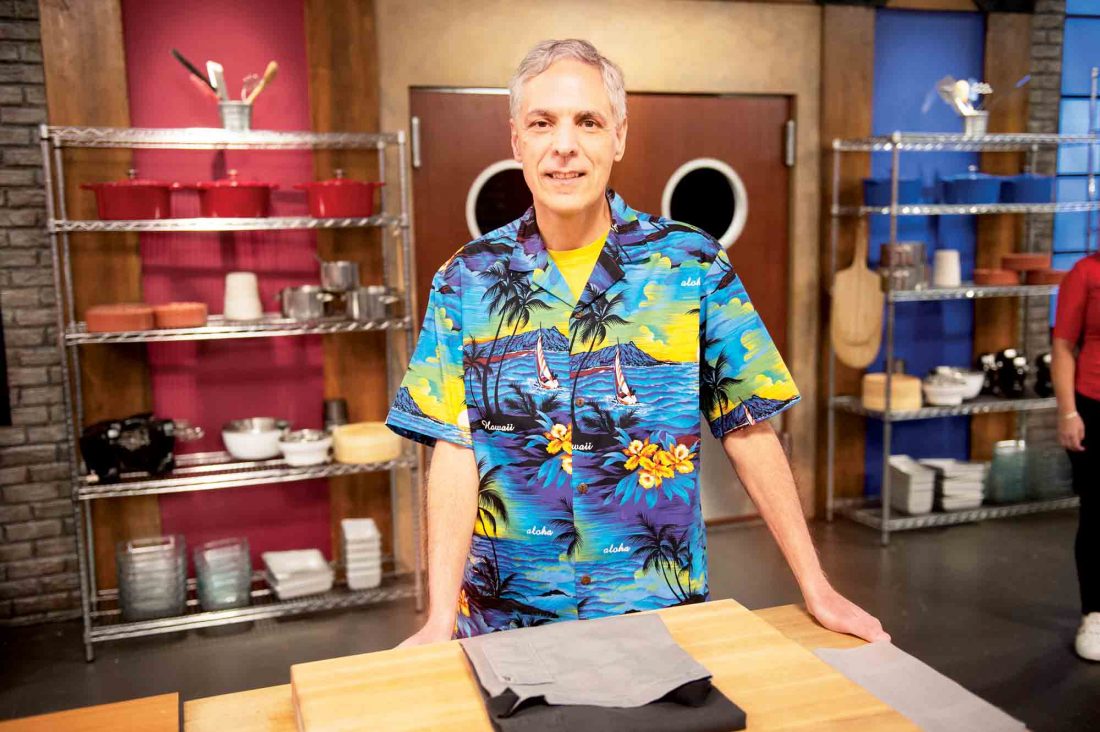 Leo Lech, a Washington, W.Va., resident, was considered one of the “Worst Cooks in America” and competed on the Food Network show. (Photo provided by Food Network)

WASHINGTON, W.Va. — A local man learned a new skill as he competed on season 18 of Food Network’s show “Worst Cooks in America.”

Leo Lech’s family has a tradition of cooking; his mother frequently cooked dishes from her native Poland, and his three daughters know their way around the kitchen. However, those skills didn’t come as naturally to Lech, a resident of Washington, W.Va.

The show is centered around contestants who compete to win $25,000. The two finalists prepare a special menu for a panel of renown judges.

His three daughters, fans of the show, encouraged him to go through the extensive process that landed him there.

“I like to draw an analogy to me being a chemist. When I work in the lab, I try to develop a recipe and make it the same. I would just end up cooking very basic things, you end up with very bland food,” Lech said.

While working in the lab, simple ingredients are crucial to ensure the same result every time, Lech said. That way of thinking translated into his style of cooking, earning his spot as one of the “Worst Cooks in America.”

Lech said his greatest kitchen horror story involves a pumpkin pie he made for an employee potluck dinner that went awry.

“I baked it, took it out and let it cool. Somebody cut into the pie and it wasn’t set and it just oozed out of there. I was so embarrassed,” Lech said.

From the cooking to developing friendships with fellow competitors and crew, Lech enjoyed his time on the show.

“From the minute I stepped in I just had so much fun. Learning how to cook was phenomenal,” he said.

Contestants on the show are divided up in two teams; the red team is led by Chef Anne Burrell and the blue team learns from Chef Alton Brown.

Lech donned a blue apron after he was chosen by Brown. Lech said Brown is very scientific in nature which was right up his alley.

“I was so excited for being picked on his team. That was a lot of fun for me to learn and work for Alton Brown,” Lech said. “That was a phenomenal experience, (we) developed good banter back and forth as well.”

Despite that it was a competition, Lech said it was a friendly environment among contestants.

“Even though it’s an elimination thing, when we went to do our cooking we were all helping each other,” Lech said. “One good thing about the Worst Cooks show is they brought in a very diverse group of recruits. (It was) interesting to meet other people.”

Since the end of the competition, Lech said a few of the contestants still keep in touch. One of his fellow blue team members lives close to his daughter in Chicago, he said.

After returning home, Lech is no stranger to the kitchen. Since it’s winter time, Lech said he likes to cook spicy food; he now enjoys going down the spice aisle and considers it “the city hall of flavor town,” he said.

Now, instead of family members cooking for him, Lech is able to return the favor. He said when his family was all gathered around his mother’s dinner table, they would share life stories.

“There’s a lot to be said that life centers around food. (We) discuss what’s going on and what’s important in life. (You) always have those good conversations when there’s a good tasting pile of food in front of you,” Lech said.

Representing West Virginia while on the show was something Lech was proud to do.

“I tried to really put in good plugs for West Virginia and Wood County specifically. I think I did a good job representing West Virginia well. I hope people will enjoy the show and think the same,” Lech said.

Lech can be seen on “Worst Cooks in America” which airs on Sundays at 9 p.m. on Food Network.