Dylan M. Khoury improved and restored two sides of the Vienna Baptist Church/Scout garage, where the church van is kept, for his Eagle Project. (Photo Provided) 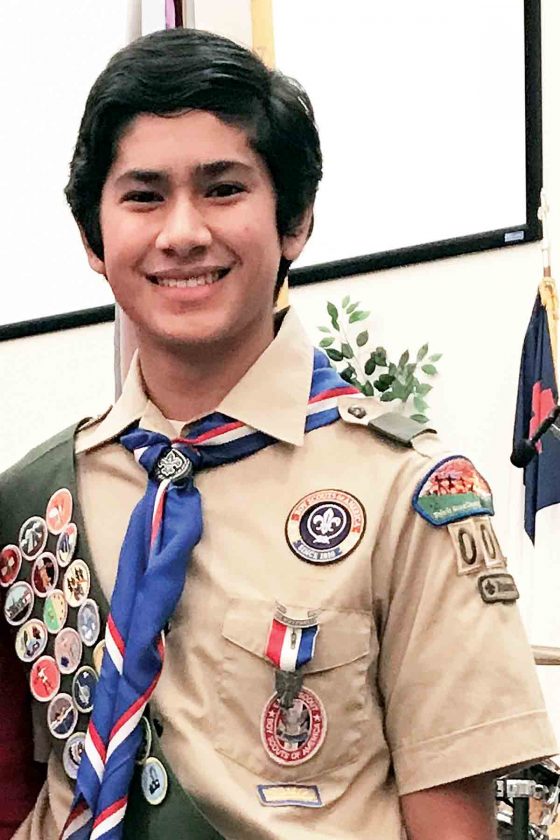 VIENNA — Dylan M. Khoury of Vienna earned the highest honor in Boy Scouting, the Eagle Scout Award, on Oct. 15 at the age of 15.

Khoury began his scouting career in Cub Scout Pack 104 chartered by Vienna Baptist Church in 2010 as a Tiger Cub Scout and earned his Arrow of Light, the highest honor for Cub Scouts, in 2014. He crossed over into Boy Scout Troop 104, also chartered by Vienna Baptist Church, in 2014 and was an active Scout earning the ranks of Scout, Tenderfoot, Second Class, First Class, Star and Life Scout through 2018.

In January 2019, Khoury transferred to and is currently an active member of Boy Scout Troop 4, chartered by St. Andrews United Methodist Church. He has earned 22 merit badges in his scouting career, 13 required and nine of his choice.

He plans on continuing to earn additional merit badges to earn his Eagle Palms. Eagle Palms are bronze, gold and silver awards presented to young men who earn five, 10, 15 or more merit badges beyond the 21 required to become an Eagle Scout. 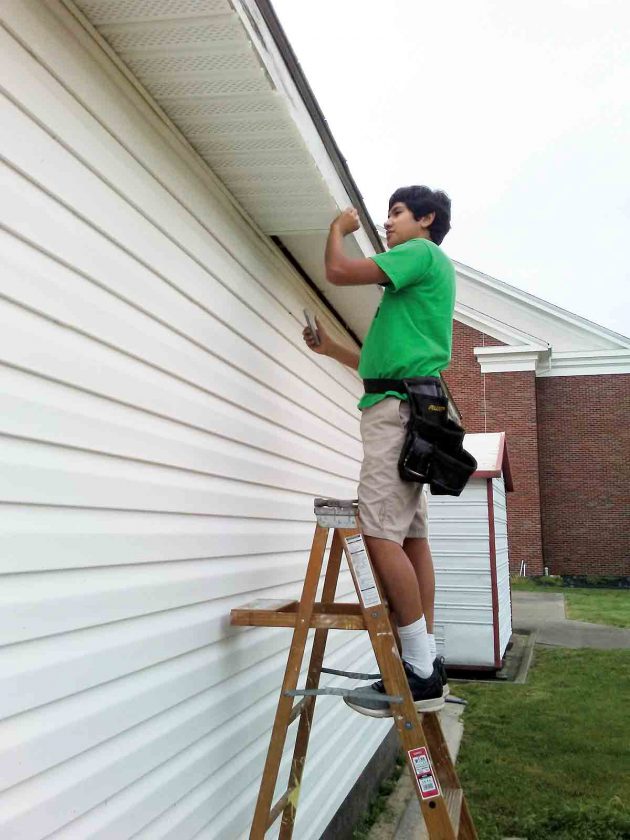 Dylan M. Khoury improved and restored two sides of the Vienna Baptist Church/Scout garage, where the church van is kept, for his Eagle Project. (Photo Provided)

“I have been a part of the Vienna Baptist Church my entire life and I have attended and volunteered there for Vacation Bible School and youth activities whenever I get the chance,” said Khoury. “It was an easy choice to give back to my church.”

Khoury, now 16 years old, continues to be an active member in Boy Scout Troop 4. Troop 4 has been chartered for 102 years and is one of the oldest Boy Scout troops in the Mid-Ohio Valley.

“Dylan has now reached a milestone that few people will ever reach, but that many covet. His abilities and attitude have carried him to the highest rank in Boy Scouts of America, Eagle Scout. He will now be singled out because of his accomplishments and be expected to achieve even higher levels. I know that he will be up to the task and will be a faithful representative of Scouting,” wrote Jeffrey L. Purdy, Buckskin Council Scout Executive, in Khoury’s Eagle Scout congratulatory letter.

Khoury is a sophomore at Parkersburg High School and is a third year rower of the Big Red Crew and an active member of the PHS Thespian Troupe. He is also an active summer member of The Sarah Heinz House: A Boys and Girls Club of America, located in Pittsburgh, where he has over 960 service hours as a counselor-in-training for their resident camp program for the past two summers

“The one thing I take everywhere with me that I gained from scouting are my leadership skills. Anywhere I go, I can use my leadership skills to improve the lives around me. That’s what being an Eagle Scout means to me. To help others in need with all the skills I have learned. I intend to wear this badge with pride and will live up to what is expected of me as an Eagle Scout,” said Khoury, during his acceptance speech at his Eagle Court of Honor, which was held on Nov. 26 at Vienna Baptist Church.