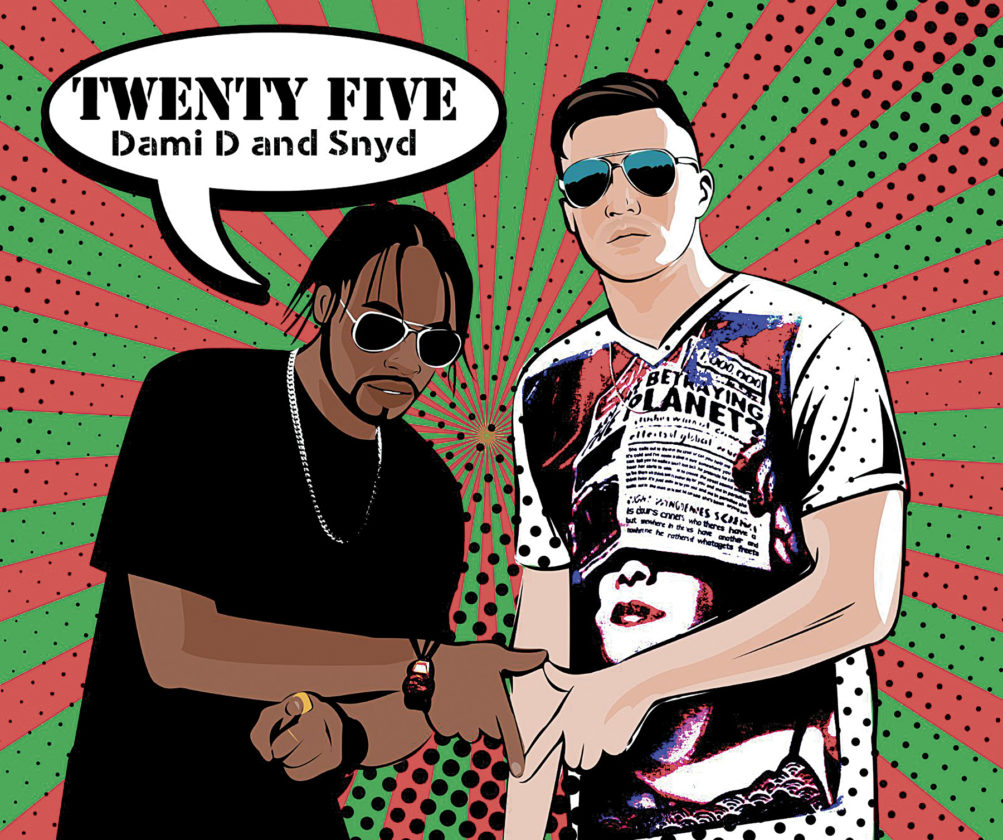 Image Provided The cover of the latest effort by Nicholas Snyder and Damien Watson.

PARKERSBURG — Two musicians from two very different cultures have been getting some buzz over their collaborations.

Snyd was born in Fort Worth, Texas, but has lived in West Virginia since he was 2 years old. At the time his mother, who is a Ritchie County native, decided it would be best to move back. Snyder graduated from Ritchie County High School and now lives in Parkersburg.

“I’ve been doing music for much of my life through my teenage years, let it go for a few years and then got back into it about five years ago,” he said. “I write all my music. I collaborated with Damien Watson, a native of Kingston, Jamaica, who has lived in the U.S. for eight years.”

Snyder and Watson were working together in a gas station convenience store in Harrisville.

“I overheard Dami conversing with someone about his previous work as a musician in Jamaica and I had been looking for partners to work with musically,” he said. “My ears opened that day and the next day we both had the day off and we collaborated and recorded a song.”

Snyder said the two who were used to working alone came up with lots of great ideas and they are wrapping up the upcoming album EP titled “The Mixer” set to release in August.

Watson said he came to the U.S. on a music performance visa and now he has the opportunity for independent production.

Their most recent project, “Twenty Five,” was released May 11 as a music video. The making of the video took place in South Beach of Miami, Fla., where they teamed up with Regulus Films and Director Antwan Smith.

“We wanted a summer look for the video,” he said. “We had a lot of promotion for the video while we were working on it. There are so many tourists down there; it looked really good to be in Miami making a video.”

Snyder said people are surprised by the collaboration of someone from West Virginia and someone from Jamaica.

“That’s what makes us special; I’ve been a West Virginia country boy all my life. I talk about it and about growing up in West Virginia,” he said. “Damien mixes in with me a totally different culture.

“We are here to show people you can blend no matter who you are or where you’re from, you can blend together and make a great team. Everybody can work together.”

Snyder said they see that as an important message given the current controversies around immigration.

In 2015 they made their first official video for the single “Love and Unity,” which was directed by A.J. Satterfield of Highway Pictures. Satterfield is a Point Pleasant native. The two have a collaborative studio album EP titled “Love and Unity” soon to be released.