Photo Provided Dexton McKinney of Wetzel County hauls several bags of pop cans, which he will remove the pop tabs from. 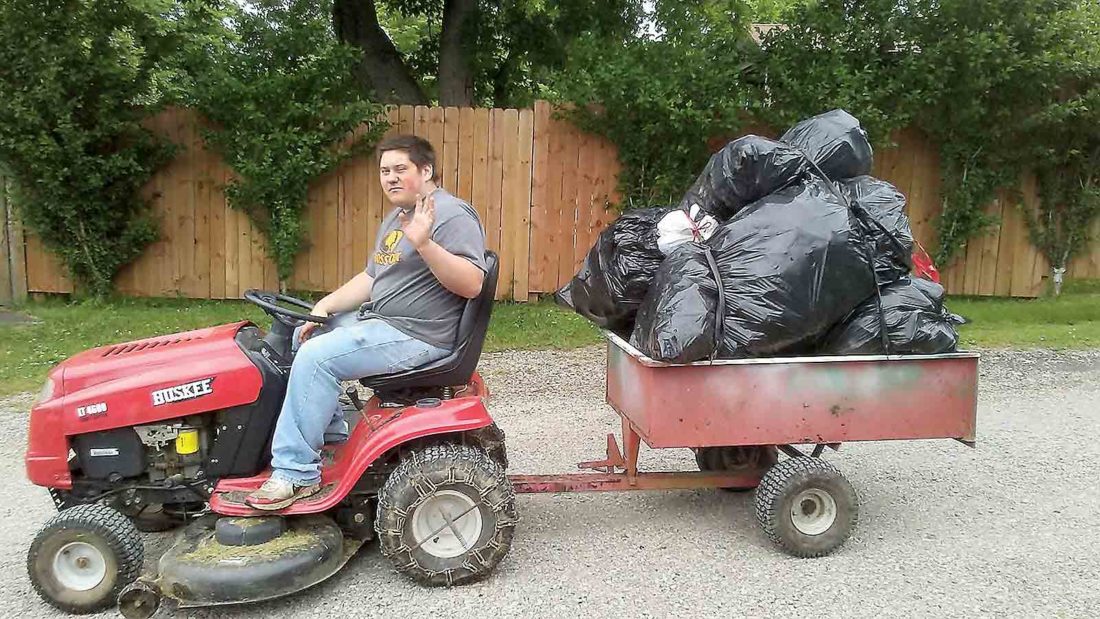 Photo Provided Dexton McKinney of Wetzel County hauls several bags of pop cans, which he will remove the pop tabs from.

From May until now, McKinney has collected 25 one-gallon baggies filled with pop tabs.

It’s fitting that Dexton, of Proctor, has found a knack for this endeavor. His dad, Jim, explained that Dexton earned his first dollar at the age of 2 by helping his grandfather collect cans. 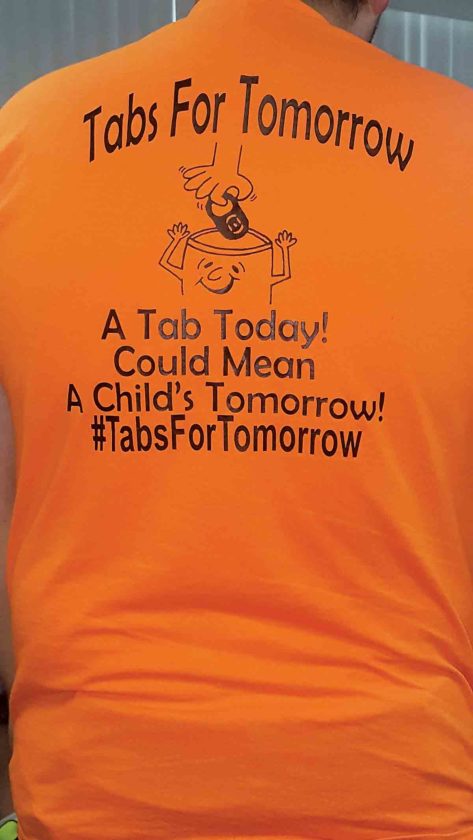 One of Hoagy’s causes is Ronald McDonald House Charities in Morgantown. This charity’s mission is to provide “a “home-away-from-home” for families of critically ill children being treated at area medical facilities.”

Dexton has previously given eight gallons of pop tabs to Hoagy’s Heroes, in support of Ronald McDonald House Charities. However, Dexton didn’t stop there. Now he has collected more than three times that amount, and he has no plans of stopping.

Dexton has created a name for his endeavor: Tabs For Tomorrow. He’s created a Facebook page “Tabs for tomorrow,” and individuals from six states have mailed tabs to him.

Dexton makes sure these supporters know they are appreciated. His dad explained that Dexton sends a “Thank You” card to each person who mails tabs. He also sponsors contests, via his Facebook page, encouraging people to send in more tabs.

For instance, Dexton has specially designed T-shirts and can Koozies promoting “Tabs For Tomorrow.” Supporters also have the opportunity to be entered into drawings for items such as gift cards, fishing poles, or even — in one case — a 12-pack of pop.

Hoagy’s Heroes has recognized Dexton’s efforts, and according to Jim, the organization has invited Dexton to be an honorary member of its organization. Dexton has also been invited to ride with Hoagy’s Heroes to Morgantown this fall, to deliver the tabs to the Ronald McDonald House.

Those interested in helping Dexton with his tab-collection goals can visit his Facebook page “Tabs for tomorrow” or call Dexton at 304-815-8948. Businesses are encouraged to set out a tab-collection container in break rooms. Also, Jim reminds that tabs can be pulled from a variety of cans, not just pop cans.

Jim estimated that Dexton has probably spent around 20 hours a week pulling tabs off of cans. Yet, as Dexton explained to his dad, “It takes one second to pull a tab.”

As his Tabs For Tomorrow T-shirt says, this tab could mean “A Child’s Tomorrow.”