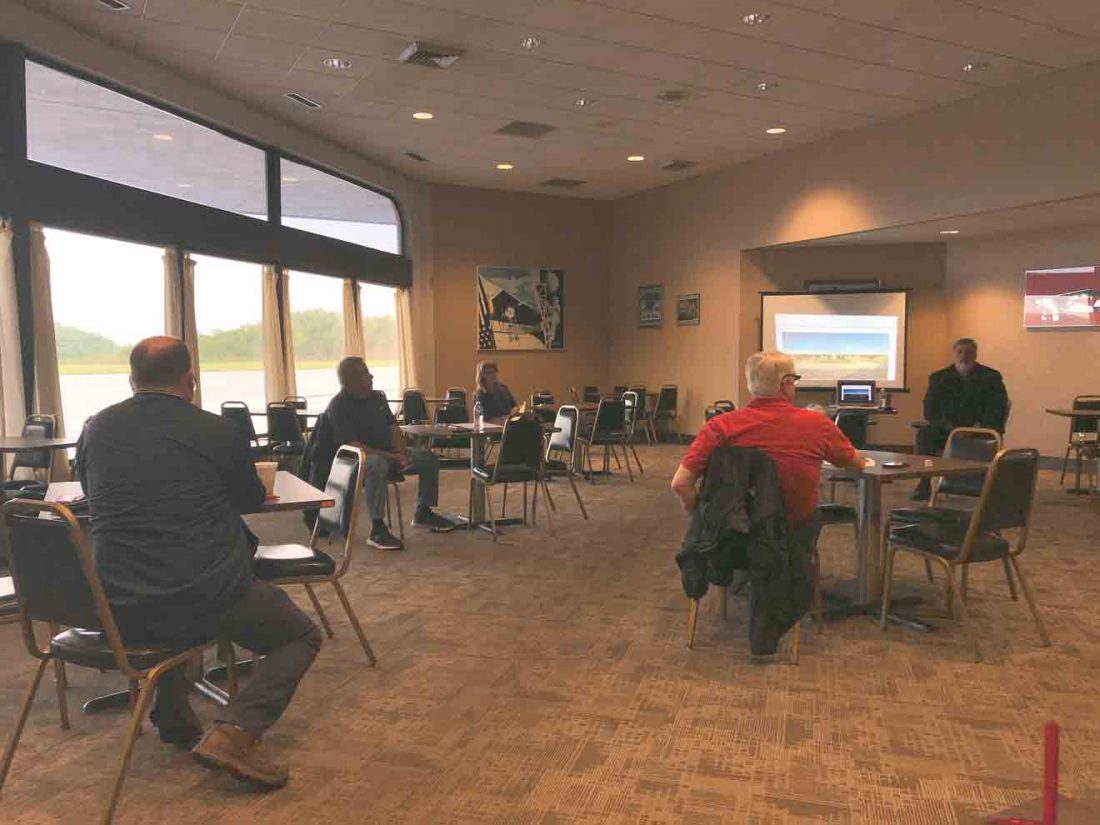 After the executive session, authority members rejected the two bids submitted for the roof project.

“We only have so much money to complete the other three projects. Even though they’re in different pots, some of them are funding multiple projects,” said Glen Kelly, airport manager. “It would preclude us from finishing the other projects.”

The bids will go out Tuesday to go through the process again. Once a bid is approved, the grant will be finalized for the project.

“The ball is in our court right now. The money is there, we just have to make sure we can program it,” Kelly said.

Another matter voted upon was the approval to hire a temporary assistant to Kelly for an extra set of hands while the project plans are underway.

With the runway paving project starting June 1, the closure of the runways has changed.

The main runway will be closed from June 1 through June 22 and the smaller runway will not close until June 11 and will also reopen June 22.

Both runways will be closed from June 12 to June 22.

The smaller runway is mainly utilized for their FedEx caravan flights twice a day, which provide next-day service for medicine and other critical deliveries.

“We reconsidered the closure of (the smaller runway) based on the need to have next-day air service from FedEx to support the hospitals and medical needs of the community,” Kelly said.

Contour Airlines will not be able to fly during the closure since they don’t have the space to land properly on the smaller runway.

For the other projects on the table, the airport is still working to put together those bids to proceed.

“We look forward to completing the runway project and also completing the bids and contracts for the other three grants, as we know this will make the airport safer for the next 20 years,” Kelly said.