VIENNA — The two Vienna locations of Chick-fil-A have recently attained both The Symbol of Success (SOS) standards and Champions Club status from the restaurant company.

George Angelos, owner of the Vienna locations at Grand Central Mall and 210 Grand Central Ave., is one of only seven owner/operators out of 2,051 in the chain who attained SOS and Champions Club status in both stores.

The Symbol of Success (SOS) program began in 1975 when Chick-fil-A founder S. Truett Cathy wanted to reward the company’s highest performers. It remains the highest rated awards and recognition program at Chick-fil-A and is a lasting tribute to the legacy of the founder Truett Cathy, Angelos said.

Champions Club was added later and requires a franchisee to not only attain Symbol of Success status but additional performance standards.

The free standing location in Vienna was opened on July 17, 2008.

Angelos won the SOS Award one other time, 12 years ago, at the Grand Central Mall restaurant.

The award for winning included:

* Two all-expense-paid trips for Angelos and his wife, Neysa, to attend Super Bowl LIV at the Hard Rock Stadium in Miami Gardens, Fla., on Feb. 2, 2020.

* The title to a new vehicle of Angelos’ choice.

* Special ceremony attended by all Chick-fil-A franchisees at this year’s annual seminar to be held on Royal Caribbean’s Symphony of the Sea and Oasis of the Seas.

Chick-fil-A restaurants are in 47 states, Washington, D.C., and Canada.

“Achieving Symbol of Success and Champions Club is an honor and truly the pinnacle for a Chick-fil-A owner/operator. This is a huge deal,” Angelos said.

“I give all the credit to our leadership team and our team members for their commitment to serving our customers in a remarkable and memorable manner the past 24 years. I also wish to thank the entire Mid-Ohio Valley for their support of my family and our stores,” Angelos said.

“This award is truly a testament to how supportive our community is to us and I’m both very thankful and very grateful,” he said. 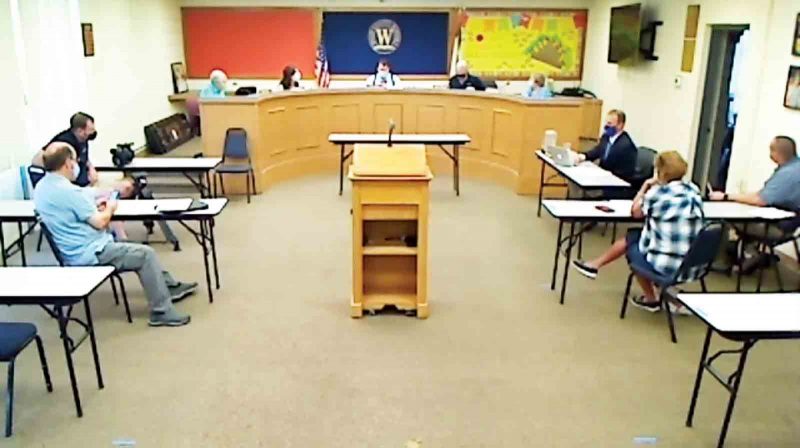