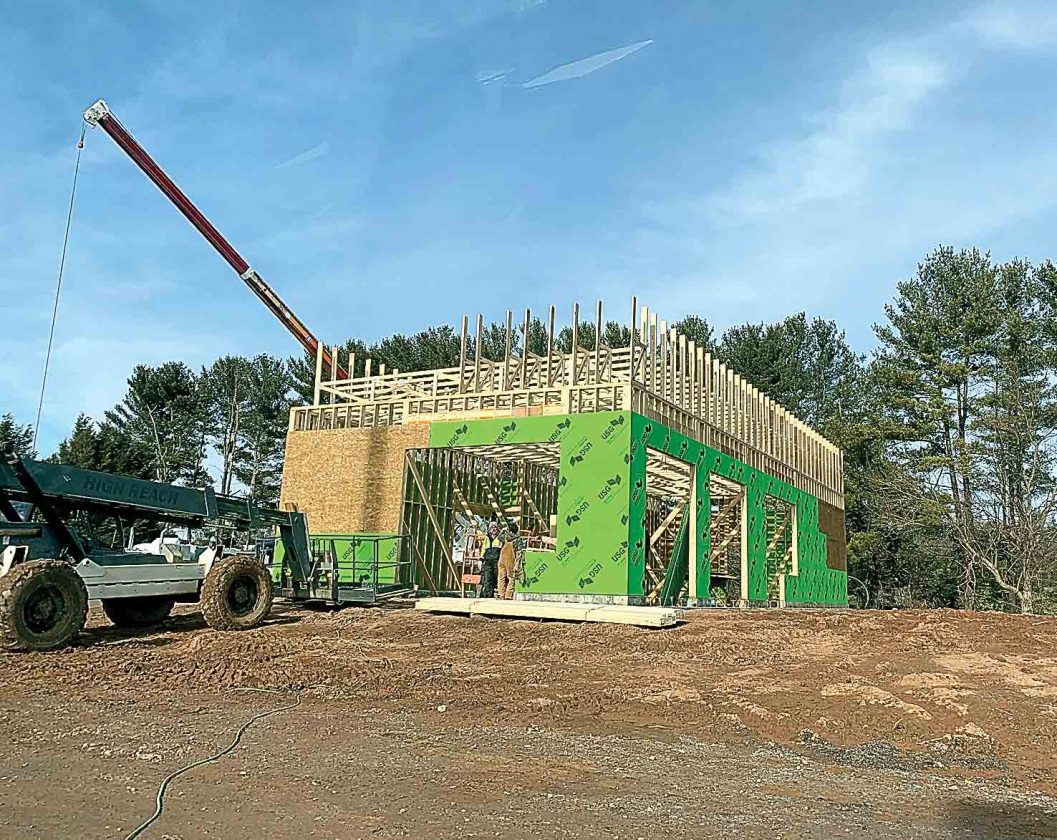 Construction continues at 703 Pike St. in Marietta through the winter temperatures as a Starbucks is erected between Country Club Drive and the Baymont Inn & Suites. (Photo by Janelle Patterson)

MARIETTA — The location of the former Cashland in front of the Marietta Country Club has seen significant activity over recent winter weeks.

The 2,200-square-foot new structure is on track to bring another coffee option to this side of the Ohio River: Starbucks.

“They pulled three different permits for the Starbucks,” confirmed Permit Technician Katrina Thompson, with the Southeast Ohio Building Department, on Wednesday. “The shell and buildout were separate.”

The franchise also obtained permits for zoning and received a zoning variance last summer through the city’s engineering department and planning commission, respectively.

“The man has been very pleasant to work with along each step,” said Dave Hendrickson, with the city engineering department.

“And he needed a variance from planning commission, so went to them on July 3.”

The permits were obtained by the franchise owners’ limited liability company, 703 Pike Street LLC, whose agent Keith McGuire, of South Point, who did not return a Times request for comment Wednesday.

But through the zoning and permitting process, Hendrickson explained, McGuire was also required to provide a traffic impact study for review by the city staff since the dine-in and drive-thru restaurant sits not only on a state route but also next to Exit 1 of Interstate 77.

That study, completed in July 2019, outlines predicted patterns and increases in vehicular trips through the traffic light at Pike Street and Country Club Drive.

“The planned Starbucks includes a 2,200-square-foot seating area for indoor dining along with drive-thru operation,” wrote Professional Engineer Douglas Bender in the submission.

Bender also recommended the installation of a stop sign at the Baymont Inn & Suites entrance to the local street between the Starbucks and Country Club Drive and some adjustment to the Pike Street traffic signal’s timing.

But when considering a forecast of traffic through 2030, no new turn lanes or lane lengthening was recommended.