This old style register once used in the store is one way Vail Furniture shows its history. (Photo by Candice Black)

This weekend marks the 175th anniversary for Vail Furniture in Ripley. The store opened in 1844. (Photo by Candice Black)

Members of the Vail family have owned and operated the business since its opening in 1844. (Photo by Candice Black) 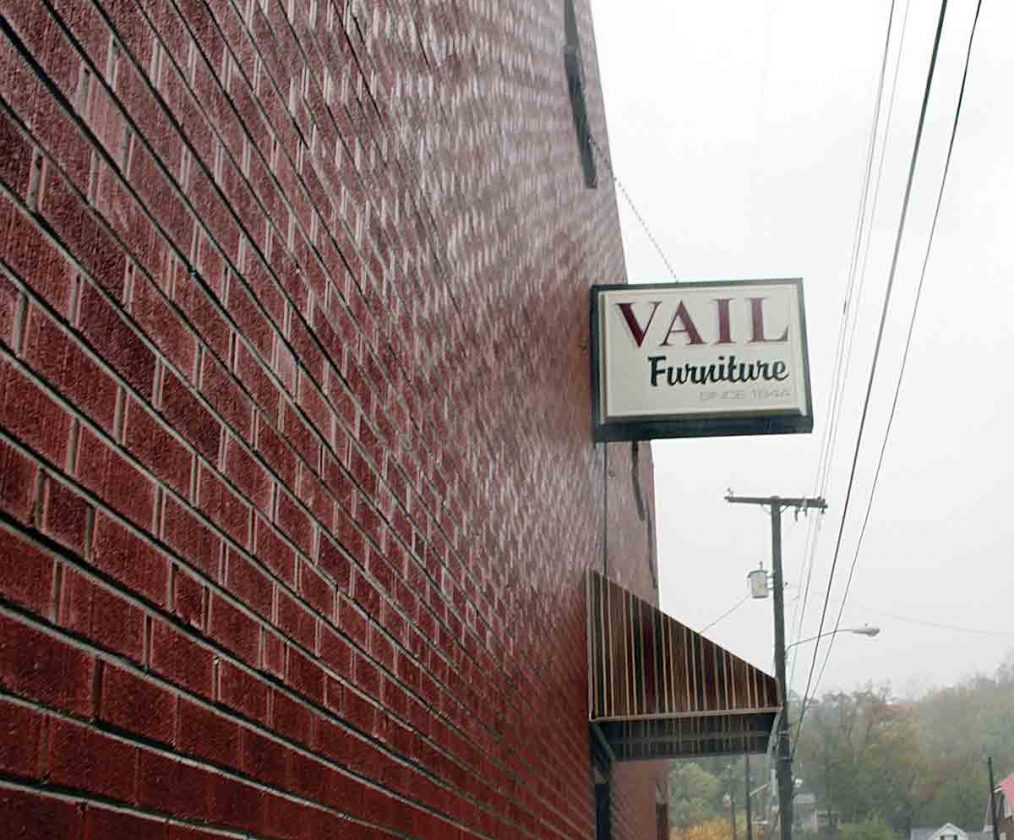 This weekend marks the 175th anniversary for Vail Furniture in Ripley. The store opened in 1844. (Photo by Candice Black)

RIPLEY — A local furniture business in Ripley has withstood the test of time.

After 175 years, Vail Furniture is still owned and operated by the original family who founded the store in 1844.

Although there are no Vails left in name, the business still lies within family, manager David Lowry said. Kathryn Goodwin is the current owner and her husband was a descendant of Isaiah Vail, founder of the store.

Vail Furniture is among one of the oldest family owned furniture stores in the country, Lowry said.

Although not the original location, the current building at 103 North Church St. in Ripley that was built in the 1930s gives the business some longevity. 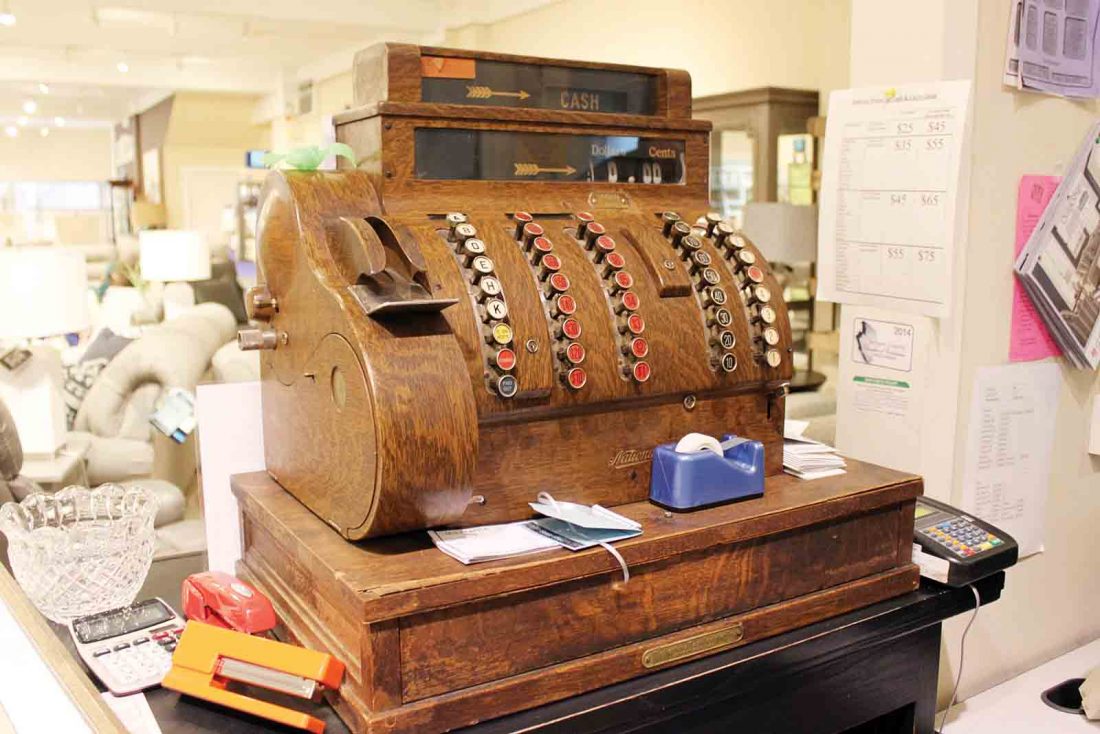 This old style register once used in the store is one way Vail Furniture shows its history. (Photo by Candice Black)

During the time of its opening, it was common for furniture makers and funeral home operators to be one and the same. Isaiah Vail was a woodworker who not only made furniture but caskets as well. Vail Funeral Home and Vail Furniture were neighboring businesses, owned by the same family.

The businesses separated as entities in the 1960s but shared management until the 1990s.

“I think that’s kind of a history that’s shared by a lot of small entities like ours,” Goodwin said.

At that point, since Goodwin was interested in computers, she started working with business software for the store. She worked to convert everything they had been doing by hand to the computer, she said. 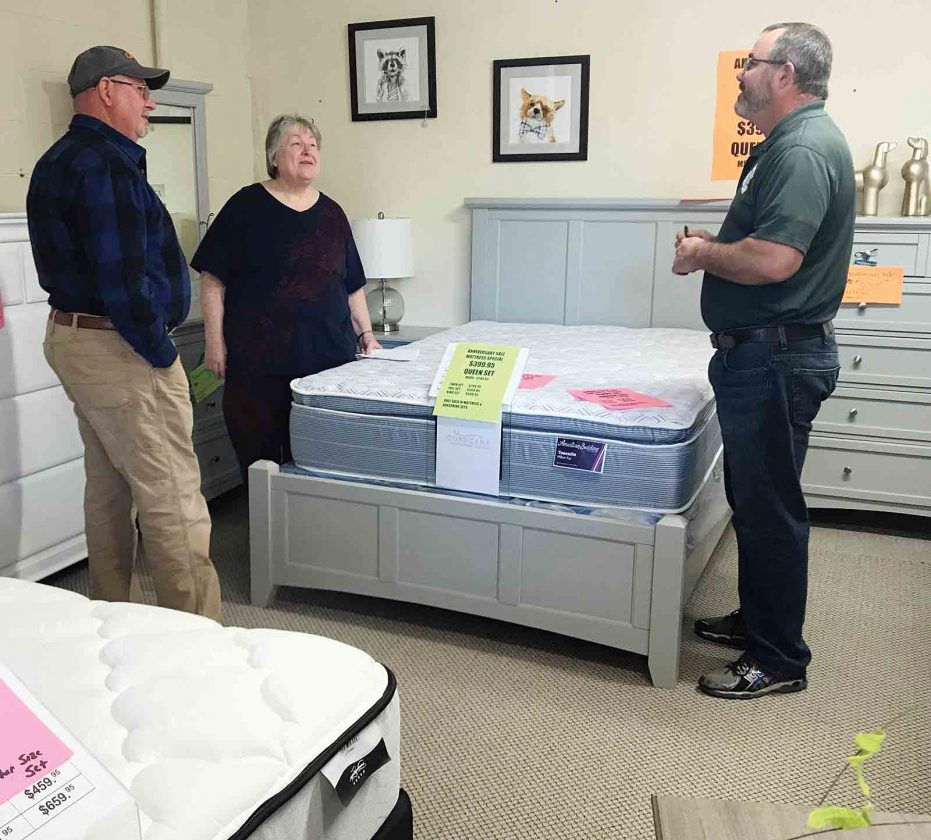 Members of the Vail family have owned and operated the business since its opening in 1844. (Photo by Candice Black)

After the manager became ill, the responsibility was left to Goodwin. After Goodwin took over, the funeral home officially separated.

“We just did different things to kind of spruce up the store and that sort of generated a lot of interest in the community,” Goodwin said. “We had always been here and it was stable but it kind of helped to show that we were paying attention to everything that was going on.”

Since Goodwin had been working at the store for so long, her husband decided to complete their ownership, she said. It was previously jointly owned by different family members.

“We’ve just been blessed with a very good customer base. We’ve tried to really, honestly, serve our customers well and they seem to have responded and stuck with us,” Goodwin said.

One unique aspect of the store, according to Goodwin, is that they are able to sell the products of the store rather quickly.

“If you really need your sofa tonight or bedding tonight, or whatever, and we have it in stock, we’re very likely to be able to give it to your quickly,” she said.

Consistent success of the store is in part thanks to the dedication of the staff and their dedication to the customers, Goodwin said. That includes helping assist customers to choose the right furniture that will leave them satisfied.

“We want to be able to stand behind whatever we sell so we do a lot of research,” Goodwin said.

In celebration, the store had a special sale Friday and Saturday and gave away an iComfort gel memory foam mattress valued at $1,500.