Crews work on landscaping outside the former Marietta Center nursing home. The property is being renovated by a new owner, Foundations Healthcare Solutions, which expects to reopen it as a 67-bed facility next spring. (Photo by Janelle Patterson)

S&P Harley-Davidson has a 26,000-square-foot facility on 12 acres in Williamstown. (Photo by Brett Dunlap) 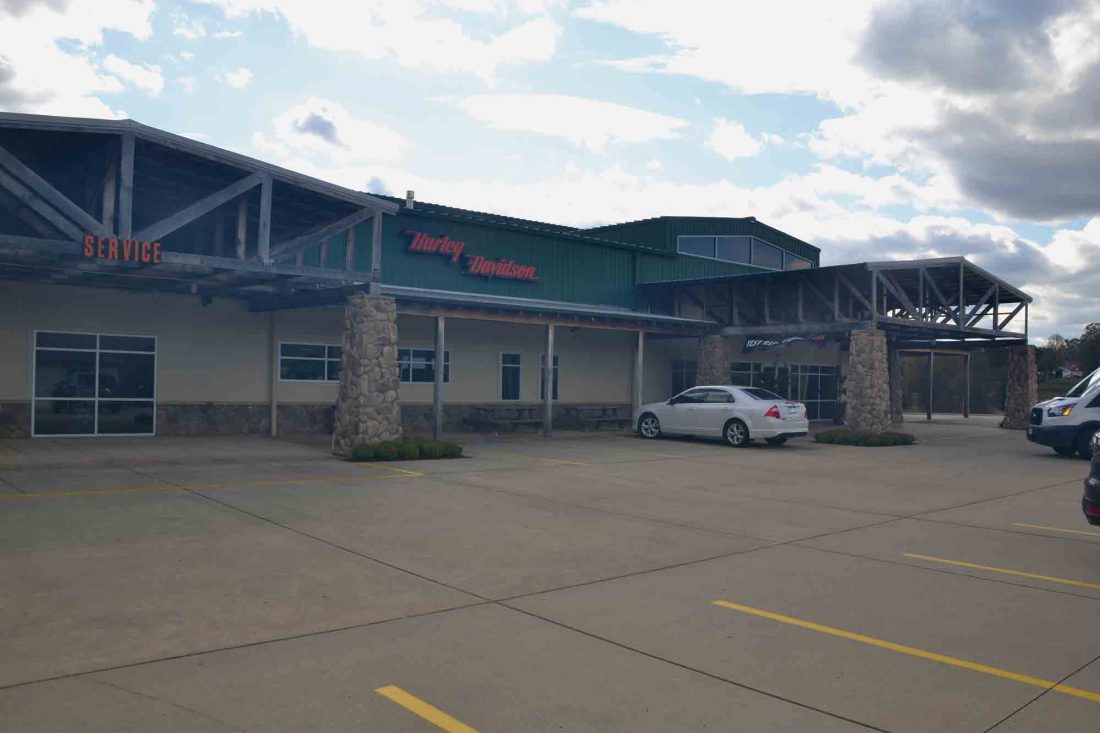 WILLIAMSTOWN — For over 10 years, S&P Harley-Davidson is continuing to grow.

The business, located at 80 Thunder Road in Williamstown, is commemorating 10 years at its current location.

S&P originated in Marietta when the business was bought by Steve and Patsy Hardy in 2007 and moved to the Williamstown area in 2009 when they opened their current location, a 26,000-square-foot facility on 12 acres.

”We have had great sales every year here in terms of steady progression.” 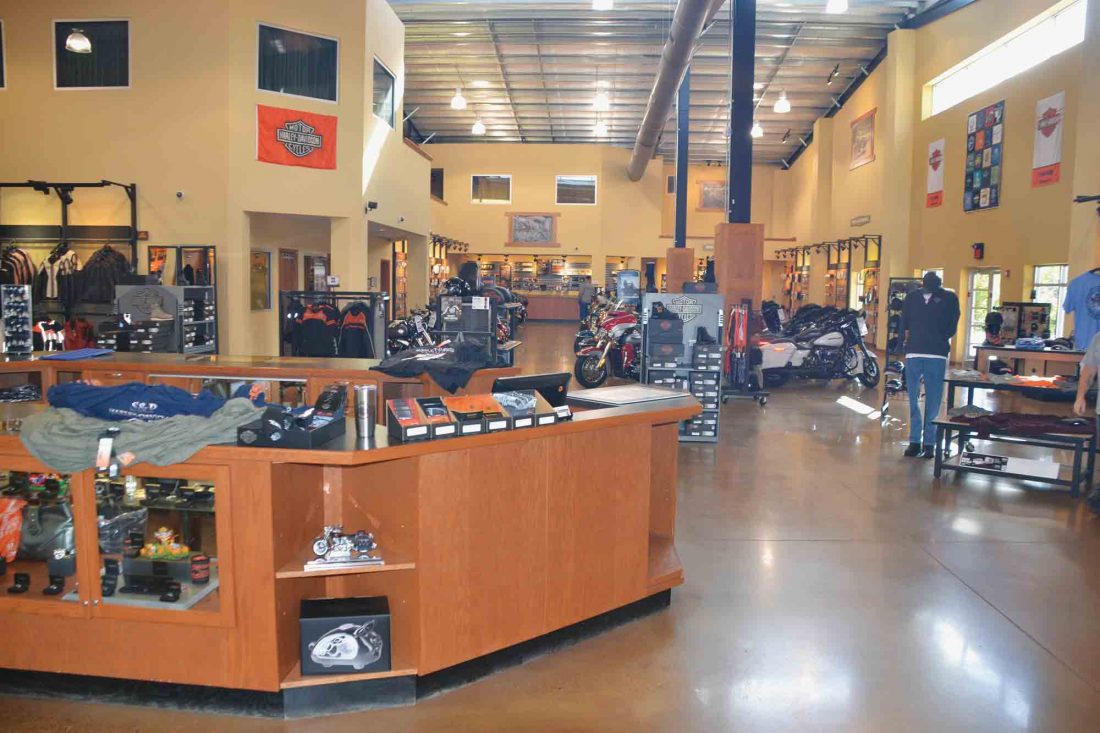 S&P Harley-Davidson has a 26,000-square-foot facility on 12 acres in Williamstown. (Photo by Brett Dunlap)

Hardy attributes the growth in business to their having a larger service area, a bigger showroom, a larger parts and accessories area and a bigger motor clothes area as well as having their service and financing departments and more all under one roof.

”We evolved the showroom to where it is now,” he said.

Also, the current location is easy to get to from I-77, located off Exit 185.

While other parts of the state saw boons with oil and gas money coming in, Hardy said they relied more on the local customer base they have served for over 10 years in this area. 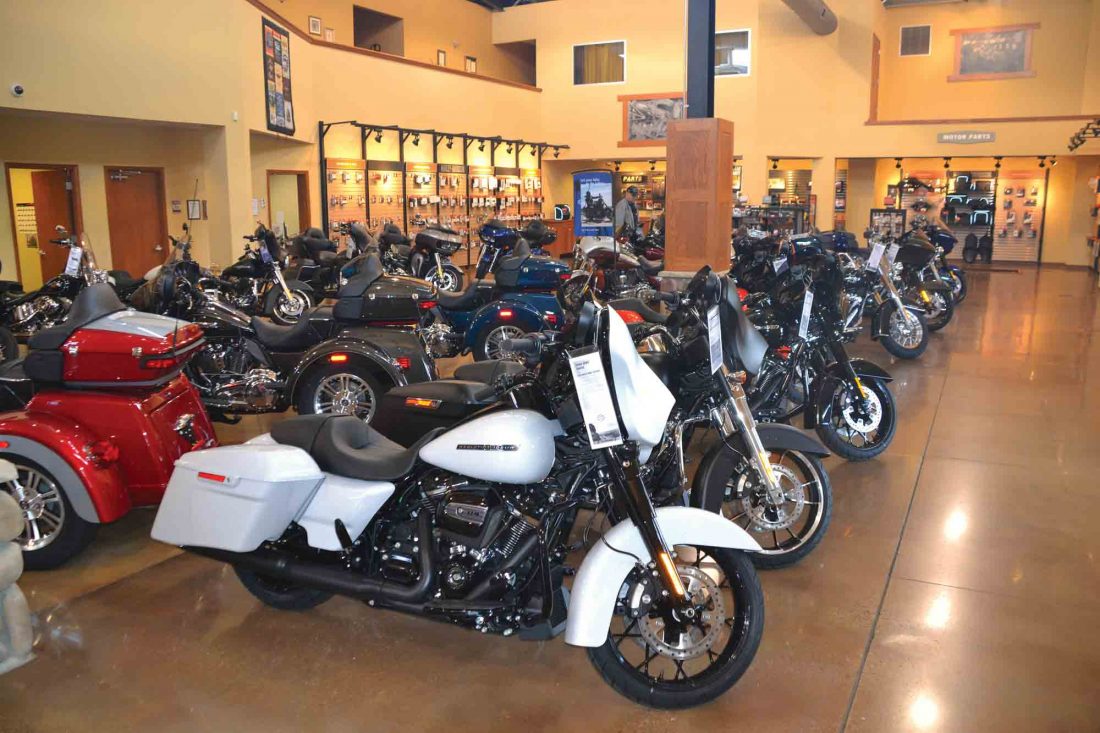 The owners are developing a retail complex adjacent to but not affiliated with the dealership with office space for lease as well as a site for a possible restaurant. Additional acres on the property are also being looked at for possible development.

The dealership has supported the local community in helping to raise money for playground equipment at the new Williamstown Elementary School by donating a motorcycle to the Williamstown PTA which was raffled off and raised $13,280 for the project.

They help organize Poker Runs, charity rides and rides to benefit combat veterans. They were a stopping point for the Motorcycle Cannonball Ride a few years ago where people riding vintage motorcycles cross-country stopped there to eat, take a break and show off their bikes.

”We got to see a lot of great people come through with a lot of interesting old motorcycles from across the world,” Hardy said.

It brought in a lot of people to see the bikes. 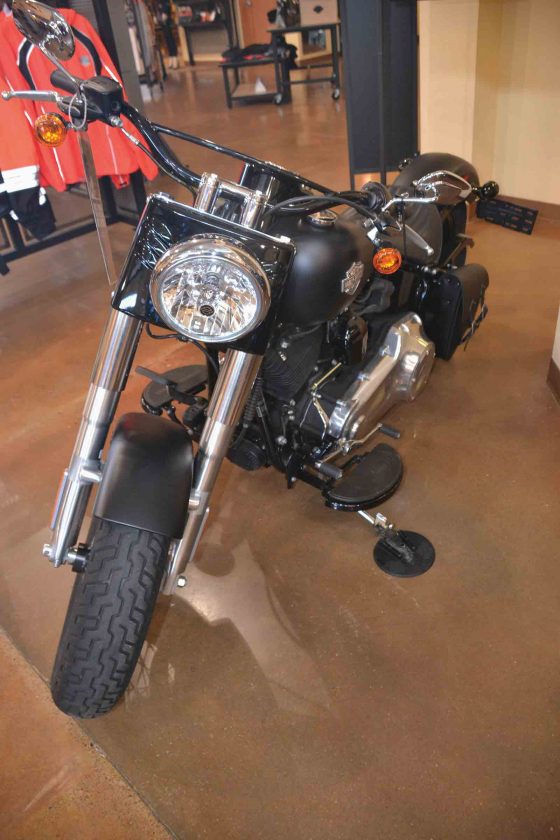 They have events coming up and they are preparing for the holiday season. They will have spring riding events.

Recently, they held their “Harvest on the Hill” event where people got to do test rides and had special sales of merchandise as well as other activities.

Through it all they remain focused on the customer and taking care of them.

”If anyone wants to try out a motorcycle, if you have the endorsement (on your driver’s license), helmet, gloves…we are going to go on a ride and see what you think and what you like,” Hardy said.

Over the years, he has come to “expect the unexpected.”

”You never know when someone is going to walk through the door to buy a motorcycle,” Hardy said.

He has seen people come in the middle of winter with snow on the ground to buy a motorcycle while more ideal times do not see the foot traffic one might expect.

”It is a wonderful business to be in,” Hardy said. ”People are charismatic, they love it.”

The name “Harley-Davidson” is an American icon that people are familar with, whether they ride motorcycles or not.

”People want to come in and look around,” he said. ”We welcome them all in because we are here to help, to educate about the lifestyle of this American icon.”

When people come out, Hardy wants them to enjoy themselves and have fun.

”That is the main thing,” he said. ”We want you to have fun.

”We want to have fun with you and for you to enjoy yourself.”

The customers are the reason for their continued success, Hardy said.

”We want to thank everyone in the community for supporting us at this location for the last 10 years,” Hardy said.