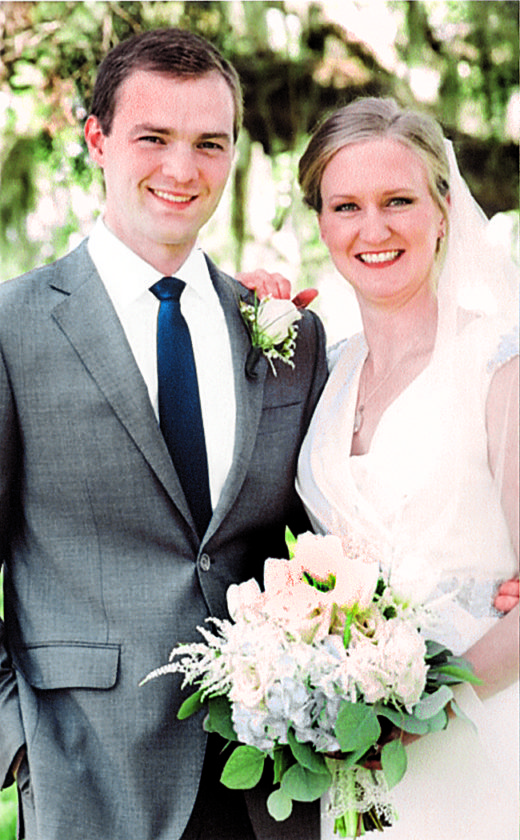 Katherine Julia Zimmerman and David Warren Earley were united in marriage on April 28, 2018, at Crane Cottage at the Jekyll Island Club Resort on Jekyll Island, Ga.

The groom is the son of Stephen W. and Aimee Earley of Parkersburg. He is the grandson of Margaret Earley of Apollo, Pa., and the late Donald W. Earley, and Eileen Higbee of Finleyville, Pa. and the late William V. Higbee. He is a graduate of Duke University and New York University School of Law and is an attorney at the law firm of Young, Moore and Henderson in Raleigh.

The matron of honor was Page Munro of Edinburgh, Scotland, childhood friend of the bride.

The best man was Kevin Ji of Hong Kong, college roommate of the groom. Groomsmen were Geoffrey Brock of Cary, N.C., and Bart Hawthorne of Cary, North Carolina, college friends of the groom; and Shaw Zimmerman of Fairfax, Va., twin brother of the bride.

Ashley Earley and Courtney Brock gave readings during the ceremony.

A reception followed at the courtyard at Crane Cottage.

After a honeymoon in Tanzania, including a safari on the Serengeti and a visit to the island of Zanzibar, the couple resides at their home in Raleigh.