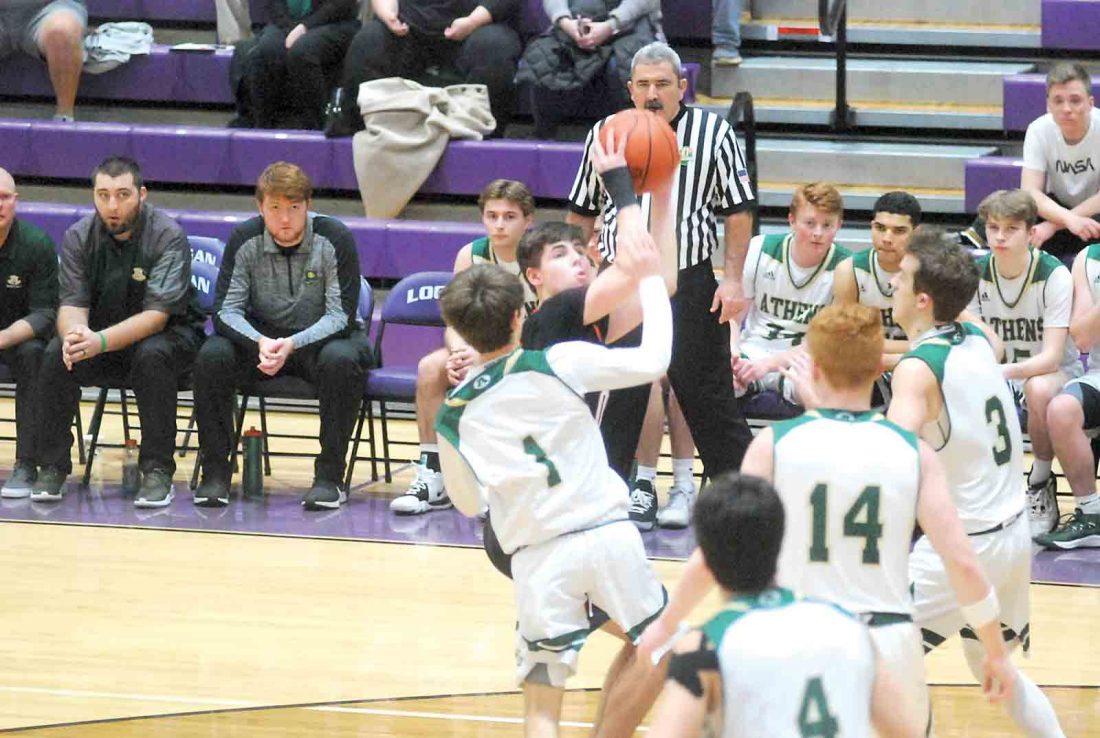 The Tigers were unable to recapture that magic Tuesday night, falling to the Bulldogs 62-36 in a Division II sectional semifinal at Jim Myers Gymnasium.

Marietta, which finished the season with a 12-11 record, played smart and controlled the tempo early, trailing just 10-7 after a quarter. Athens, however, began speeding things up in the second period and pulled ahead for a 25-16 halftime lead. It only got worse from there for the Tigers, who watched Athens go on a 30-9 run between the third and fourth quarters to pull away.

“We just couldn’t make any shots,” said Marietta head coach J.D. Secrest. “That’s basically what it boils down to. If you don’t hit your shots, you’re not going to beat a team like Athens.”

Once the Bulldogs began speeding up the pace, Marietta’s transition defense struggled to prevent easy looks for Athens. Brayden Markins was the most aggressive player on offense for the ‘Dogs, scoring a game-high 22 points, grabbing 10 rebounds and dishing out six assists. Brayden Whiting added 12 points and Will Matters netted 11 for Athens, while Nate Trainer tallied nine and Andrew Stephens finished with eight. Athens got zero points from its bench, but got more than enough production from its starting five.

Marietta was paced by Justin LaBarre, who scored 11 points and had three steals off the bench. Markie Duckworth added nine points for the Tigers, including the team’s first two baskets to give them a 4-2 lead. A layup by Trainer and a floater by Markins put the Bulldogs up 6-4, and they never trailed the remainder of the contest. It was 10-5 Athens when Duckworth made a layup with 35 seconds left in the quarter to get MHS back within three.

A 3 by Whiting and a layup by Trainer put Athens up 15-9, but a layup by Tony Munos and one free-throw apiece from LaBarre and Duckworth cut it to 15-13.

An 8-0 run by the Bulldogs, keyed by 3-pointers from Matters and Whiting, stretched Athens’ lead to double digits for the first time.

Adrian Avendano’s 3 made it 23-16, but Markins answered with a basket to put his team up nine at halftime.

Whiting opened the third period with a layup. After Adam Coil, who led Marietta with six boards, and Trainer traded foul shots, Munos canned a triple to get Marietta within eight, 28-20, at the 4:35 mark.

Athens put its foot on the gas and ended the third quarter on a 14-3 run to extend its lead to 19 going into the fourth. The ‘Dogs scored the first eight points of the final stanza to go up 27, and that was all she wrote.

The Bulldogs improved to 16-7 and will take on New Lexington, which upset Sheridan Tuesday, in the sectional championship at 7 p.m. Friday back at Logan.

Secrest was disappointed in how the season ended, but was proud of the season his group put together.