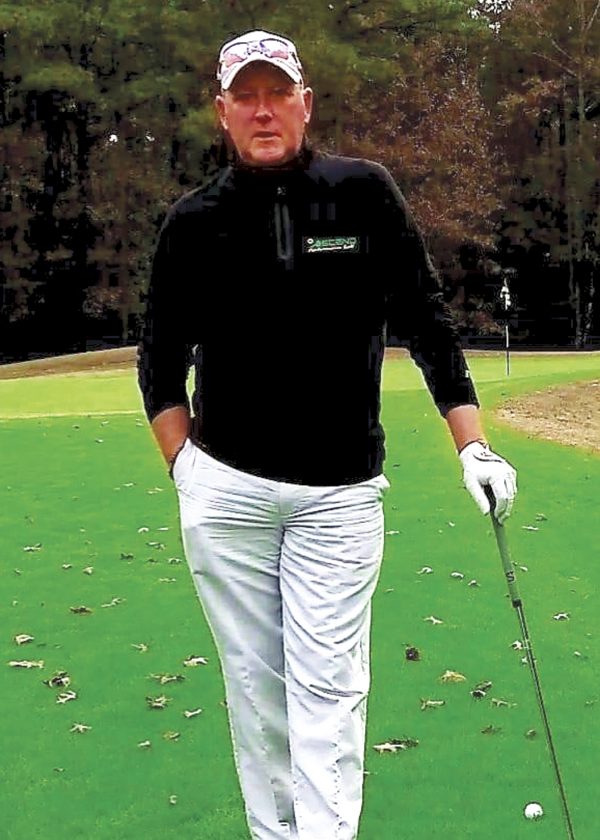 Photo provided Warren Root took over as the director of golf at Greenhills Country Club back in April.

RAVENSWOOD — Passion and vision are a pair of traits Warren Root definitely possesses.

The director of golf at Greenhills Country Club since early April, Root was able to hit the ground running with his new job and hasn’t slowed down a bit.

“I’m actually in charge of the whole show at this point pretty much,” Root admitted. “I run everything from the maintenance side to the pro shop, range and all the lessons. I wear several hats.”

Owner of Ascend Performance Golf, which he started back in 1999, Root is looking to make GCC – a public course – the best it can be in every facet.

“It’s been my roaming academy ever since then,” Root said of APG. “Everywhere I’ve went I just opened up another division of it. Heavy, heavy on golf instruction.”

The Parkersburg South graduate was previously working as director of instruction at Drive Shack in Richmond, Virginia.

“They were a little slow to progress on some things and we thought we were headed to New York for a job,” Root explained.

“In the process I was contacted by one of the board members at Greenhills to see if I would talk to them and I guess you can say the rest is history.”

Although he teaches “a ton” and enjoys providing instruction, he admitted “my drive right now is in a different avenue than playing. I do play some, but not seriously competitive. I’m actually heading back in that direction. (Son) Austin is egging that on, imagine that.

“I just have a very different passion right now. We’re working to get all the pieces in place to launch something very different in the state of West Virginia. I think with the location and a few things we got going we’re about to stand a little bit of the golf world on its ears.”

What Root has planned is the Ascend Performance Flow State Junior Academy, which involves both DiscoverGolf and Birdie Basics.

“We’ve kind of created a hybrid model after those with a friend of mine at Salisbury Country Club in Midlothian, Virginia,” Root said of Gavin Parker. “This will actually be my version.

“Gavin has been running his now and he and I have really talked and worked through this process. I can’t wait to launch it here. It’s really based on junior involvement, period, not just golf.”

One of the main reasons for doing this is because he wants youth from the Mid-Ohio Valley to have more opportunities and he’s not talking about just golf.

“Everything we do revolves around more fun and choices and learning how to make good choices and good decisions,” he said. “We tie this directly into real life progressions of these kids. It’s something very different. I will always have my advanced player academy. This is something to bring in a completely different demographic and for us that’s huge. Now we are getting kids involved who can’t afford golf, who wouldn’t normally play golf.

“This is truly about them developing friendships and life skills and hopefully some of them will develop the love and passion for the game. Some of them probably won’t do that and will grow to love what we do and Gavin has already pushed me to change my life process a ton and live my life that way. I think we are going to do something the state really needs. I’m trying to do this with scholarship phases for a lot of kids.”

Root said he’s trying to get area businesses to help sponsor the youth.

They are also planning a golf tournament later this year to raise money for it.

“Once you see the process and the things involved you’ll want to come play. It’s that fun and that addictive,” Root said.

“I think it’s going to give us an opportunity to do something special. We’re looking at this where we’ll be able to run it from ages 4 to 18.”

The ultimate goal is for it to be a 12-month academy and they are currently working on their indoor plans.

“The games are on their way form DiscoverGolf,” Root added. “We hope to be able to launch the end of July or first of August.”

There are countless games for everyone, which includes a putting challenge contest called Croctology.

“It’s a progressional piece where it ends up being a one-on-one match at the end. There are probably 25 or so different games just within the DiscoverGolf package that we have extended on.”

“That’s where we will plug all of this,” said Root, who wanted to stress “Greenhills is not a private country club. It’s a public golf course and anybody can play. That’s been a big hurdle for us.

“I talk to people pretty much on a daily basis thinking it’s a private club. It’s not been a private club for 20 years. We have that course in such unbelievably good shape. We’ve made a lot of right decisions at this point.”

An open house is being planned for some point in the near future.

“It’s extremely mind blowing to most people who have never been around this stuff,” Root added. “It’s so much fun. I think this is a program that will push First Tee along. I want to make good people, not just good golfers.

“I think we are on a path now where we can really accentuate that. I’m really glad I got a chance to start bringing this to Greenhills. It’s a place most people don’t get to appreciate as much as they should and hopefully we’ll be able to take this across the state and augment First Tee and some of those things.”