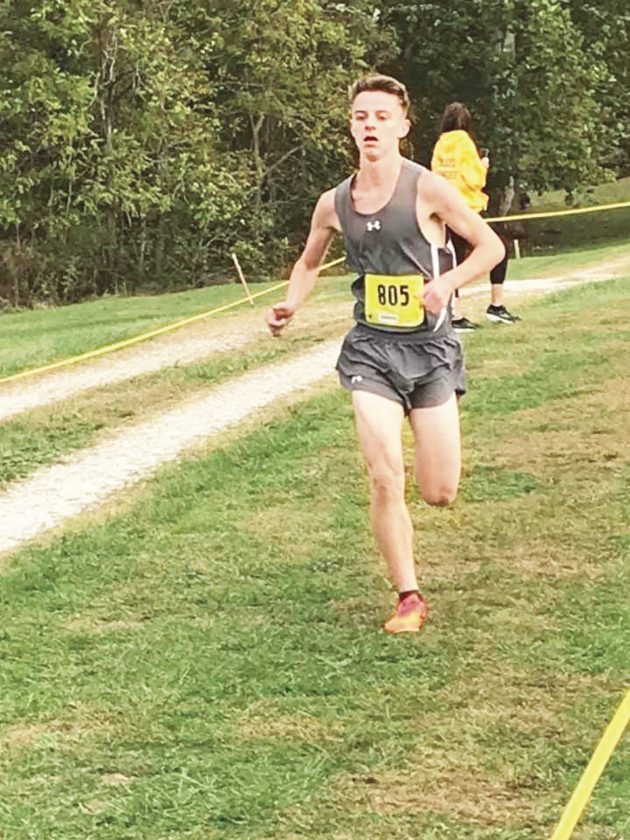 ELLENBORO — A runner all of his life, Ritchie County’s Kent Bee is going to be doing more of the same later this year at Marshall University.

The Rebel, who secured the PROMISE Scholarship, is going to run cross country for the Thundering Herd and also compete in track.

“They don’t have a track team. I hope to do a couple of those events,” said Bee, who would compete as an unattached athlete in outdoor and indoor track.

A four-year letterman in both cross county and track, Bee said he chose Marshall because of its engineering program.

“I was probably going to go to Marshall without a career in running at all, but that just finalized it for me really,” admitted Bee, who was a member of the Rebels’ back-to-back Class A state cross country championship teams the past two seasons.

“Education played a big part, but I was teeter-tottering between it and Fairmont because Fairmont also had a very good engineering program. I just kind of made my decision to go to Marshall even without running and then running came along and that helped out my decision a lot.”

An all-state cross country honoree as a senior, Bee qualified in four events at the state track meet as a junior. He narrowly missed placing in the 1600 when he took seventh.

Ritchie County also had one of the top single-A teams in the state during the 2017 campaign, but couldn’t qualify out of regionals against tough Class AA competition. The next season rules were changed for how Class A teams advanced to the state meet.

“It was a big thing back in 2017,” Bee said. “We made a pretty big deal about that. I think we were probably a pretty big cause why they changed that rule. There were a lot of people who were upset about it.

“I know almost all of the runners were upset about it. The two seasons after that it just felt good to get the seasons in and the 2017 season we knew we could’ve done some good work there. We kind of got what was due to us the two years after that.”

One thing Bee didn’t expect was due for everyone was COVID-19 and the ensuing pandemic.

“It was really unsettling, especially training through the winter and kind of just knowing that a lot of that hard work was just down the drain,” he noted. “I guess all in all I get to use the training for college that I did, but it was definitely unsettling knowing our season was canceled and I had a lot of goals and I know our team had a lot of goals.

“I’ve accepted it for the most part. I really wanted to try and break a couple of records. I guess that’s one of the biggest unsettling things for me, not knowing if I could’ve done something or not. I still run a lot. I definitely increased my mileage a lot. The assistant coach at Marshall gave me a training regimen. It’s a lot different. It’s definitely helped a lot, but it’s definitely a lot harder.”

Although the Rebel said he didn’t know anyone currently on the cross country team, he has been able to get some useful information.

“I do have a friend who just graduated from Marshall, Hunter Deem,” Bee noted. “He went to Ritchie County and he told me all about them and I’m hoping to meet a couple of the cross country team members here soon.

“I’d really like to earn a scholarship for cross country and be in the top seven of the team. I’m not really too sure what it will take to do that.”

When it comes to making the change from high school to college, Bee feels he’s on solid ground.

“I feel pretty confident,” said Bee, who expressed the most memorable moment as a Rebel was the feeling of winning two state cross country titles.

“It’s a big change. I’m not really too sure what to expect on competition. It’s definitely a little bit intimidating.”