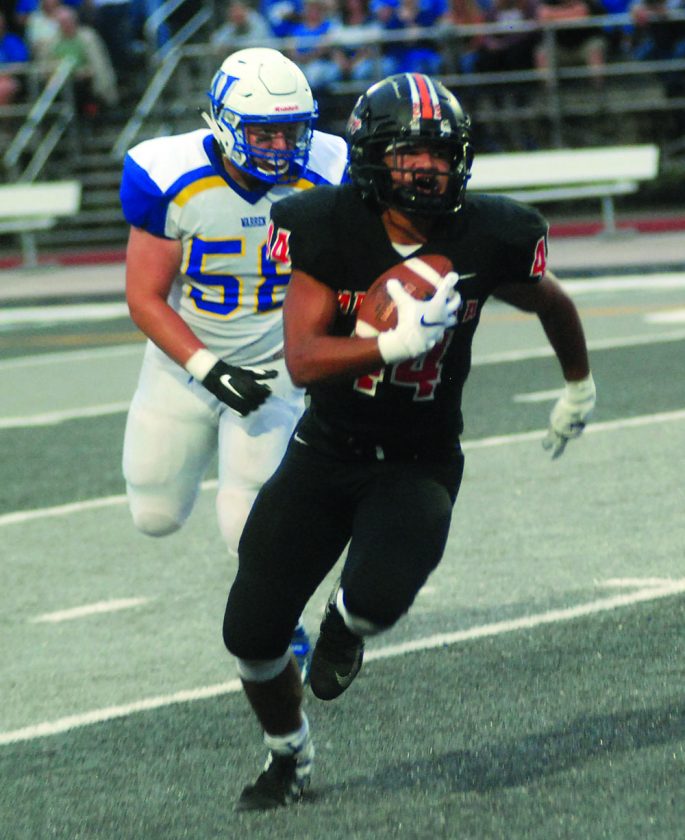 MARIETTA — For Kory Science, patience is a virtue.

The Marietta High grad helped form a potent 1-2 punch at running back, along with Chase Taylor, for the Tiger football team last fall. Science now will take his talents to Alderson Broaddus, where he plans to continue his football career and major in nursing.

“Kory has very, very good vision and patience. He follows his blockers, and once he finds a crease, he accelerates through it.”

Science plans to play running back for the Travis Everhart-coached Battlers, although he was also a standout linebacker for the Tigers.

He chose Alderson Broaddus after getting to see the campus.

“After the visit, after seeing the campus, it just felt right,” Science said. “I felt comfortable there.”

As a senior, Science rushed 36 times for 354 yards and five touchdowns. That’s almost 10 yards per carry.

“Kory’s a tremendous kid,” Schob said. “He’s a kid that will do whatever you ask. He works as hard as he can. I saw a ton of growth in Kory. He was one of our better leaders and the glue that held the team together.”

Science’s older cousin, Dominic Vanfossen, is another former running back from Marietta. Vanfossen had a stellar career for the orange and black and served as a mentor for Science.

“If it wasn’t for him, I wouldn’t have been as determined to play football,” Science said. “Mentally, he just got me prepared. He talked to me a lot. Whenever I was down, he helped me think about what I needed to do better. He would watch my film and gave me tips on how to improve.”

Science also played basketball and ran track during his time at MHS. He’s an all-around athlete who will be welcomed at Alderson Broaddus, but missed at Marietta.

“Kory’s a kid we’re definitely going to miss,” Schob said. “We wish him all the best at the next level. He’s going to do a good job.”