The P emblazoned on a shield marks the home dugout for the Big Reds. Though head coach Jason Roberts and his team didn’t get to open their redone digs this season, the Big Reds still believe they can open the facility in style next season.

PHS hitter Maggie Sauers takes her turn at the plate during the 2019 Class AAA Region IV, Section 1 tournament. Sauers is one of the key players for the Big Reds back for the 2021 season.

PARKERSBURG — The padding adorning the backstop would enrage a bull, while at the same time, reminding everyone whose house one of the four Worthington Ballparks’ fields belongs to. The big white P emblazoned on a shield on the side of one of the painted red dugouts serves as a succinct notice to all where the home team rests and cheers. The outfield grass was greenier and healthier and the bases and home plates were a pristine white.

Talk about an extreme makeover.

This home field was quite a difference for a PHS softball team who has felt homeless the last few years.

One season after an emergency move from Jackson Park left the Big Reds scrambling for a place to play, the team’s boosters and parents chipping in money and time finally gave the defending five-time Class AAA, Region IV Section 1 champions a real home this past off season.

There was just one thing missing: Actual games. 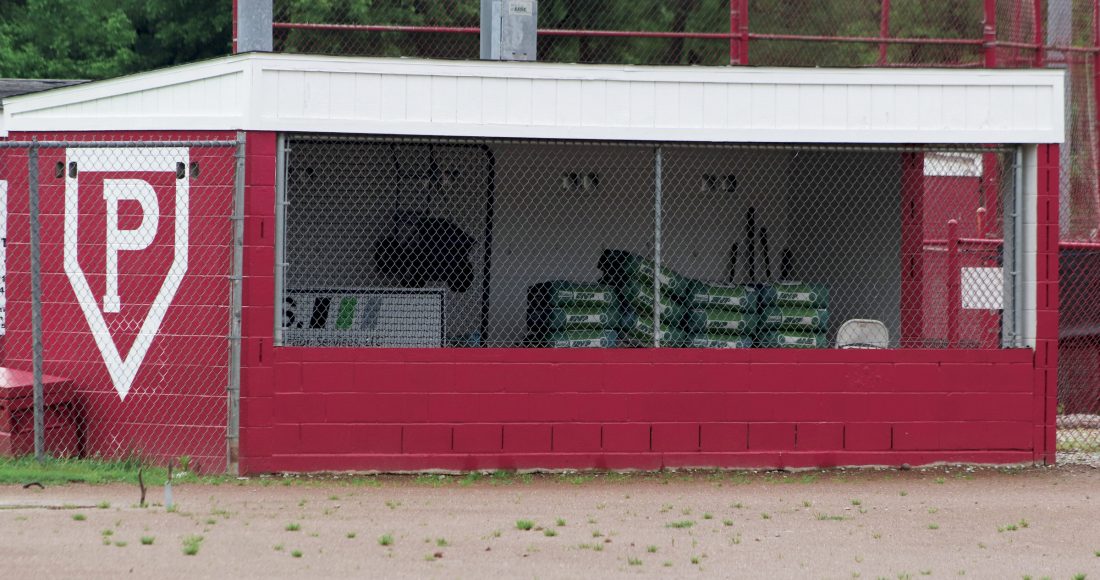 The P emblazoned on a shield marks the home dugout for the Big Reds. Though head coach Jason Roberts and his team didn’t get to open their redone digs this season, the Big Reds still believe they can open the facility in style next season.

While head coach Jason Roberts and his softball team practiced in the new digs just a few times, any semblance of a grand opening disappeared with the COVID-19 pandemic.

It came as a blow to the entire team, who according to Roberts, felt like it could make an impressive introduction in its revamped home.

“We like to think we could have,” he said. “With the group I had between the seniors, juniors and sophomores, we were going to be ready.”

After the team collectively batted .395 against the best pitchers in the state in the Mountain State Athletic Conference and with four battled-tested and veteran seniors returning to the field, it is a sentiment hard to argue. 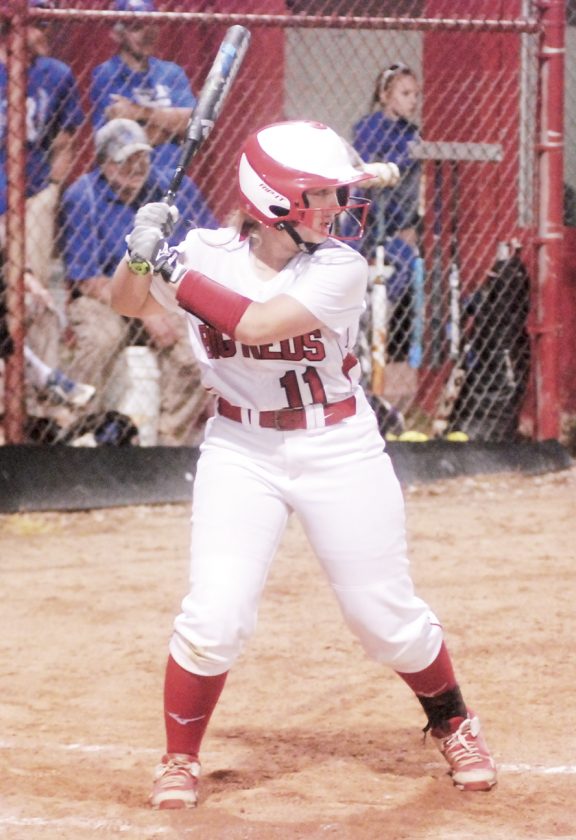 PHS hitter Maggie Sauers takes her turn at the plate during the 2019 Class AAA Region IV, Section 1 tournament. Sauers is one of the key players for the Big Reds back for the 2021 season.

And while their departure from the program leaves gaping holes at four of the most important spots in the defense, Roberts still believes his returning group can christen the new digs in a way that would make the quartet proud when the 2021 season finally rolls around.

This good news comes from the players Roberts welcomes back next season. While there will likely be an adjustment period for the new players at the biggest positions (the rule in softball being the world is up the middle means it is imperative to have solid players at catcher, 2B, CF, SP, SS), seasoned experience elsewhere on the diamond provides a little more time for incoming players to learn.

Two-time all-state first team catcher Emily Allen and her passion for the game provides a good place to start in both the team making a great first impression and in the search for one of the team’s foundations. The senior backstop not only works well with any pitcher, but her love for being around her teammates and playing the game gives off an infectious energy. Her double-trouble act of consistently batting around .500 while defensively scaring runners back to their bases adds even more to what the North Carolina State commit brings back to the group.

Even though there were times when she struggled with pitch location last season, the other half of the battery Kisten Roberts and her ability to hit her spots when on gives PHS another valuable weapon. Her likely improved command and control of her pitches after a summer of working with Alabama starting pitcher Montana Fouts’ dad Tim, along with her increased emphasis on improving herself on the mound in a hopeful travel ball season, sets a competitive tone inside the circle.

Though Gracie Graham didn’t get the chance to prove herself at the Class AAA level after a transfer from Williamstown, Jason already knows she is one of six players along with Kisten and Allen already working on their craft without his push during the extended break. He sees her as a replacement for 2019 graduate Alexis Summers in right field.

Rylee and Katelyn Jones figure to make big impacts wherever they end up on the field. The same can be said for Tyran Jackson, who after returning to a softball team for the first time since middle school, had a varsity spot all but wrapped up this season.

The long break also serves as additional resting time for right fielder Maggie Sauers’ continued recovery from a shoulder injury. Her healthy bat brings another potential power hitter to back up Allen in the lineup.

As far as anyone else grabbing his attention, Roberts said the team needed to get together and see who has practiced and who has not.

Yet, the foundation is there and the Big Reds past success may lead to a few new surprises during tryouts next season.

If it does, the incoming players joining a team on the rise makes the excitement around next year even more fun.

And it is certainly a great way to open a new stadium, either way.