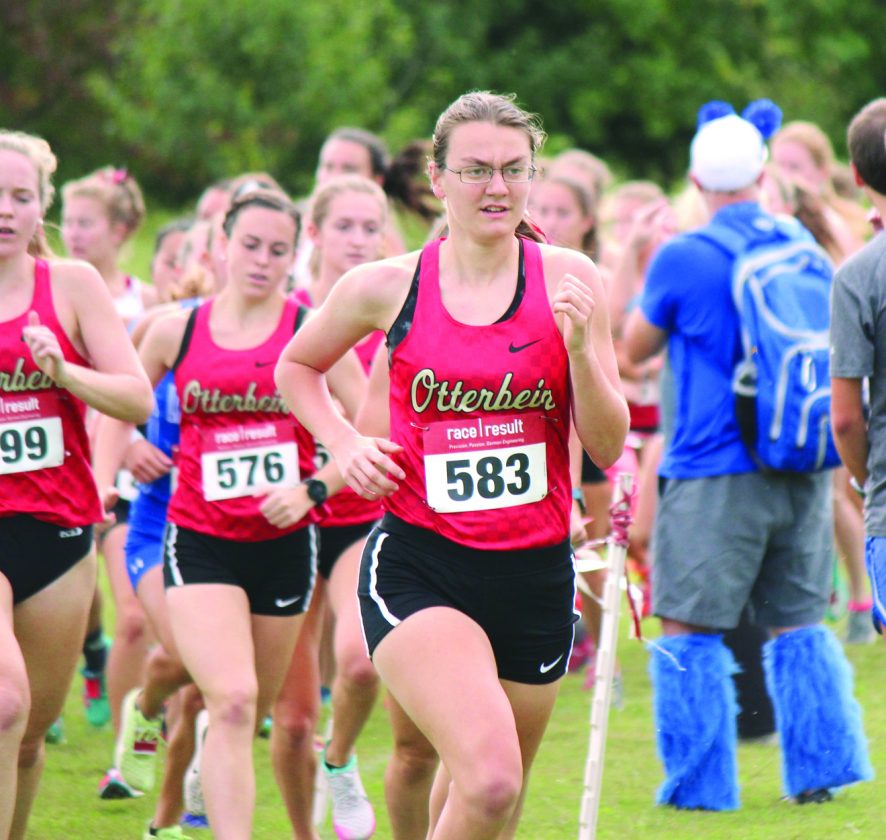 An all-Ohio Athletic Conference honoree as both a student and athlete, the 2016 Parkersburg South graduate was coming off her strongest cross country season to date.

Although the Cardinal women failed to win the OAC cross country crown for a fifth straight year, Currey placed seventh and advanced to the NCAA Division III championships.

After winning the 3K at the Dragon Grand Prix at Tiffin University the second week of February, Currey closed out the indoor season at the end of the month by earning all-OAC honors thanks to a runner-up effort in the 3K and placing fifth in the 5K.

“I was definitely looking forward to this outdoor season, but you know corona happened,” quipped Currey, who usually competed in the 1500, the 5K and sometimes the 10K outdoors.

“It’s like every year I felt like I was getting more and more used to the training and the programs that my coaches and teammates had at Otterbein and this was the final push to get the best I could get this year. I tried my best. It’s unforeseen circumstances.”

The former Patriot, who earned her degree in systems engineering with a minor in mathematics and is currently working at Hino Motors in Mineral Wells, ran thrice at the cross country nationals.

“Right now I’m happy that I have a job and actually interned at Hino before,” she said. “It’s been a nice thing I guess to look forward to, not having that stress of having something completely foreign to you.”

Like everyone else in athletics, Currey’s final few months came to an abrupt end.

“We just came back from spring break and we had an almost normal week of practices,” Currey explained. “That weekend afterward we were being told that sports are being shut down and then later on we found out that classes were now being moved online. It was like crazy.

“They wanted to make sure everyone was safe and away from each other. We got through our OAC (indoor) meet at Marietta. They actually went to nationals. I didn’t go, but they made it to nationals and then were sent home. The OAC was like the last meet for Otterbein.”

Despite the tough experience, Currey admitted she thoroughly enjoyed her time as a Cardinal.

“I don’t regret doing both academics and athletics,” she said. “I think like running for Otterbein has opened me up. I met a ton of friends there and I know I can count on them. It was just a great experience.

“I loved going to practices with my teammates and seeing the coaches and working hard and doing the workouts and going to the meets and cheering everyone on. I don’t think I would’ve had the same college experience if I didn’t run.”

Finding out about the finality of the COVID-19 pandemic and the aftermath it brought is something she’ll never forget.

“Finally getting that email that spring sports are canceled, it really like broke me,” Currey stated. “That’s not how I wanted to finish my year.

“Just a lot of emotions. There are days I’m OK with it and then I just think about the moments I probably missed because I can’t go back.”

Even though Currey lost her Cardinal family, she was able to return home. However, that brought its own challenges.

“Like when I first came back it was a sad atmosphere,” Currey continued. “Not only for me, my brother (Nathan), who is also a senior (at Parkersburg South), he couldn’t finish.

“The basketball team made it to states and they couldn’t finish. That and then learning he couldn’t play baseball, it was hard for all of us, especially my parents. We can’t do anything. There was nothing to make us feel better because both kids are seniors.”

Currey said she’s likely going to “start looking for different things, maybe like the River City Runners Club, to see if I can get back to what I’m used to knowing because that’s what I’ve been doing most of my life.”

A life forever changed, but one with plenty of good memories as well like her junior year with the cross country teams.

“Both the boys and girls won the OAC championship,” she said. “The boys hadn’t won it in forever. For our senior girls, that was their fourth time winning it in a row. Both sides got to celebrate. The coaches and everybody was excited. It was just a great day to be a Cardinal.”

Like everyone else, Currey is also hoping for better days ahead.

“Moving on and trying to accept that it will get better eventually,” she said. “That’s what we have to hope for now, everyone does.”